SCRANTON — A rare film starring Harry Houdini, which many people thought was destroyed, is now being seen for the first time in nearly 100 years. “T... 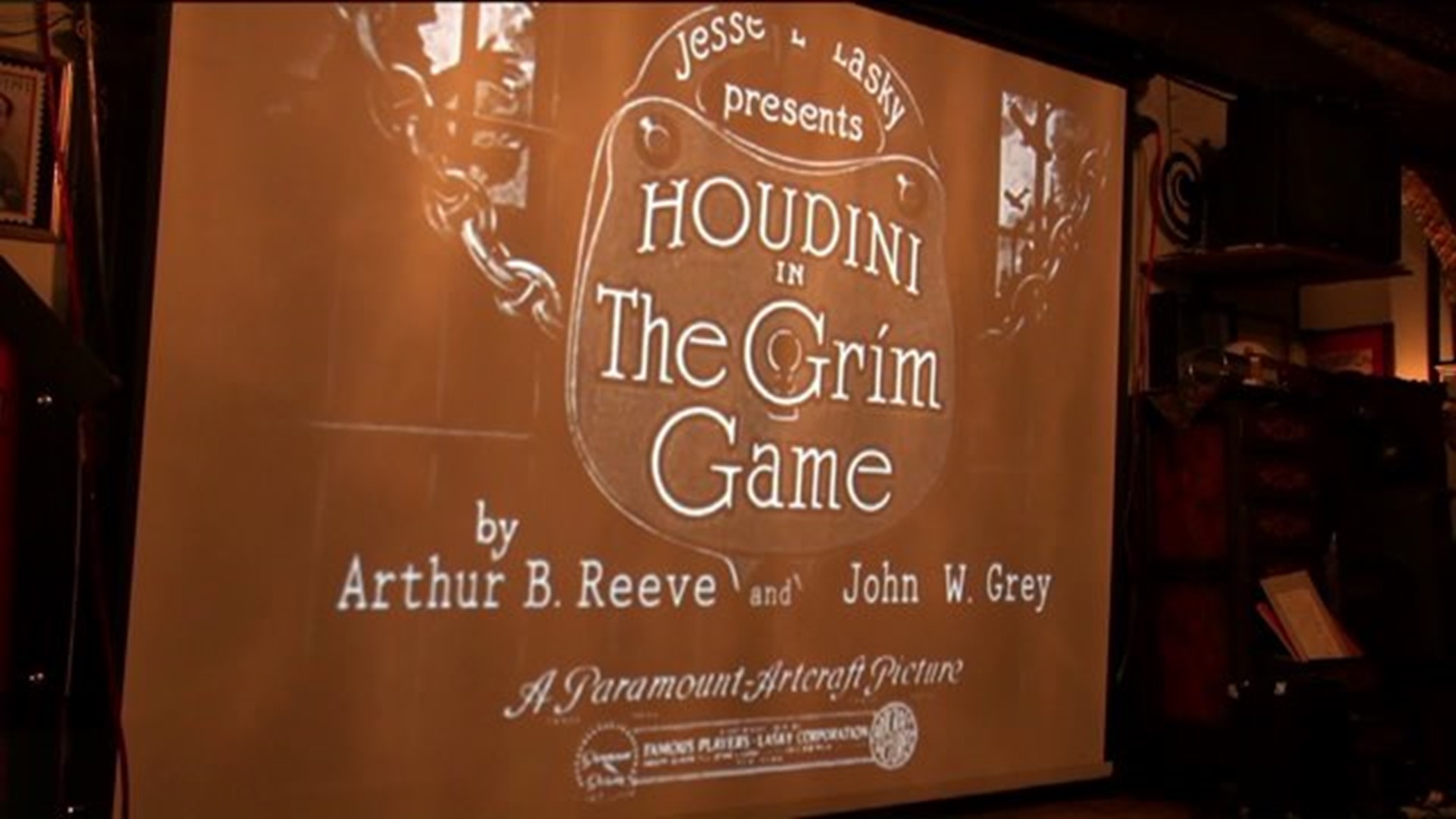 SCRANTON -- A rare film starring Harry Houdini, which many people thought was destroyed, is now being seen for the first time in nearly 100 years.

"We are showing a film everybody thought in the industry thought was not available ever," added Dick Brookz, Houdini historian.

It's called 'The Grim Game' and it's the great escape artist's first feature film. Like many movies made in the early 1900's, it was made on nitrate film, which was known to catch fire and explode. That's why there's no record for many old movies.

"The statistics are pretty much 10% of the old films still exist," Dietrich added. "90% of all that work is gone."

The only known copy of 'The Grim Game' existed with a collector in Brooklyn, New York. For years, people at the Houdini Museum tried to get the owner to share the film with no success. That is, until last year, when that collector turned 95 and he finally changed his mind.

"The whole thing is a dream come true," Dietrich explained. "We've waited our whole life for this to happen, now the world will know once and for all was Houdini a great escape artist but he was really a good actor as well."

Among those in the audience seeing the entire film for the first time is Jeff Blood, the great nephew of Houdini.

"We've only seen a few snippets of it before because it's been lost for almost 100 years," said Blood. "So we have a DVD with about five minutes of it, and that's all we thought there ever was."

While relatives and fans were eager to see the film, one could argue the movie's new life brings the most joy to Houdini himself.

"[Houdini] said of this film 'The Grim Game:' 'The present generation can see me in person but I want my most thrilling feats on the screen so people in later years can assure themselves that I actually did them.'"

The film was restored with the help of Turner Classic Movies, who was so impressed by the quality of the film reel that they hired a composer to add a score to the silent film.

The museum plans to have more showings of the rare film throughout the summer.