It’s been a very rainy spring throughout northeastern and central Pennsylvania, making it difficult for farmers to plant their crops. Bill Hopkins of Hopk... 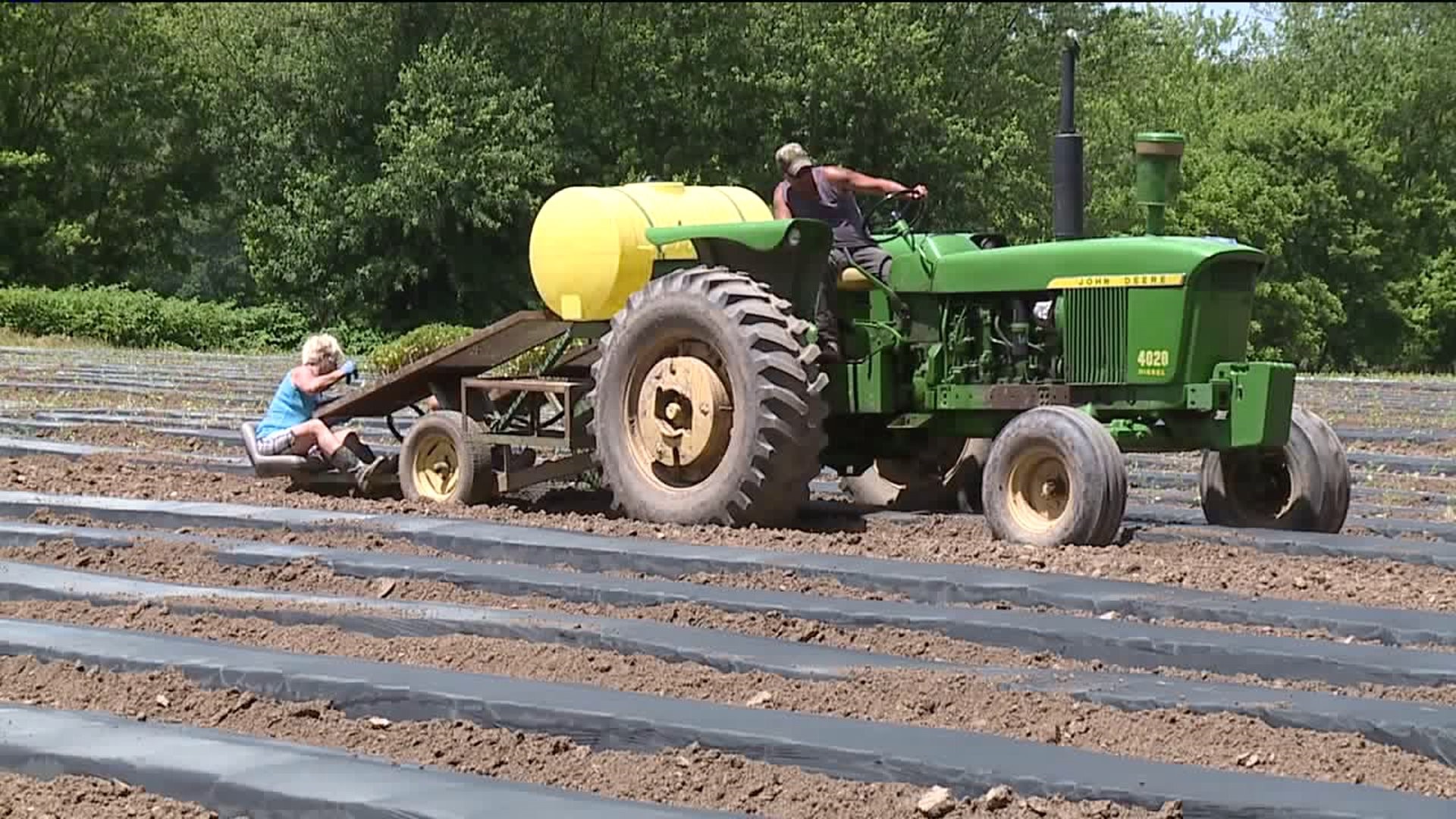 It's been a very rainy spring throughout northeastern and central Pennsylvania, making it difficult for farmers to plant their crops.

"It can't be worse than last year."

Bill Hopkins of Hopkins Farms has been working all weekend along with family and friends to plant his field near Falls in Wyoming County.

Due to the rainy spring, Hopkins is almost two weeks behind on planting.

"As far as working the ground and planting, you can't get in there if it's too wet. Even if you can get in through it without getting stuck, it doesn't turn right and it's just not good," Hopkins said.

Hopkins and his family plant more than 80 acres of land with tomatoes, cucumbers, corn, and other vegetables. After last year's flooding, he's had to come up with a new strategy for his harvest.

"There's always a fear of flooding when you're on the river like this, and what we do to prevent that is this year I've spread my crops out to different farms, some higher ground where there is no fear of flooding, so we don't put all our eggs in one basket."

Despite the delay, Hopkins says he hopes to be on track after this weekend. He already has a cucumber harvest growing in his high tunnel across the Susquehanna River.  Hopkins plans to be down at the Co-Op Farmer's Market in Scranton when they open in July.

While others are still planting their crops, some are getting ready for their first harvest.

"The very wet weather is hard on the plants we lost. We lost most of the red raspberries, but the strawberries and the blue berries are looking good," said Dick LaCoe, LaCoe's Berry Nice Farm.

Dick and Regina LaCoe of LaCoe's Berry Nice Farm say the place is set to open for the season this Tuesday, but that almost wasn't the case. Tornadoes not far from their farm caused some concern for their crop.

"You can get hail. The hail could wipe you out. The tornado was only a quarter mile away, so it was very close," LaCoe said.

Despite the challenges Mother Nature has thrown at the local farmers, they say it looks like the winds are changing.

The LaCoe's say prime strawberry season runs until July. After that, their other berry crops will come into season.