SCRANTON — Just days after the State Auditor General expressed hope that Pennsylvania will join the list of states allowing both medical and recreational ... 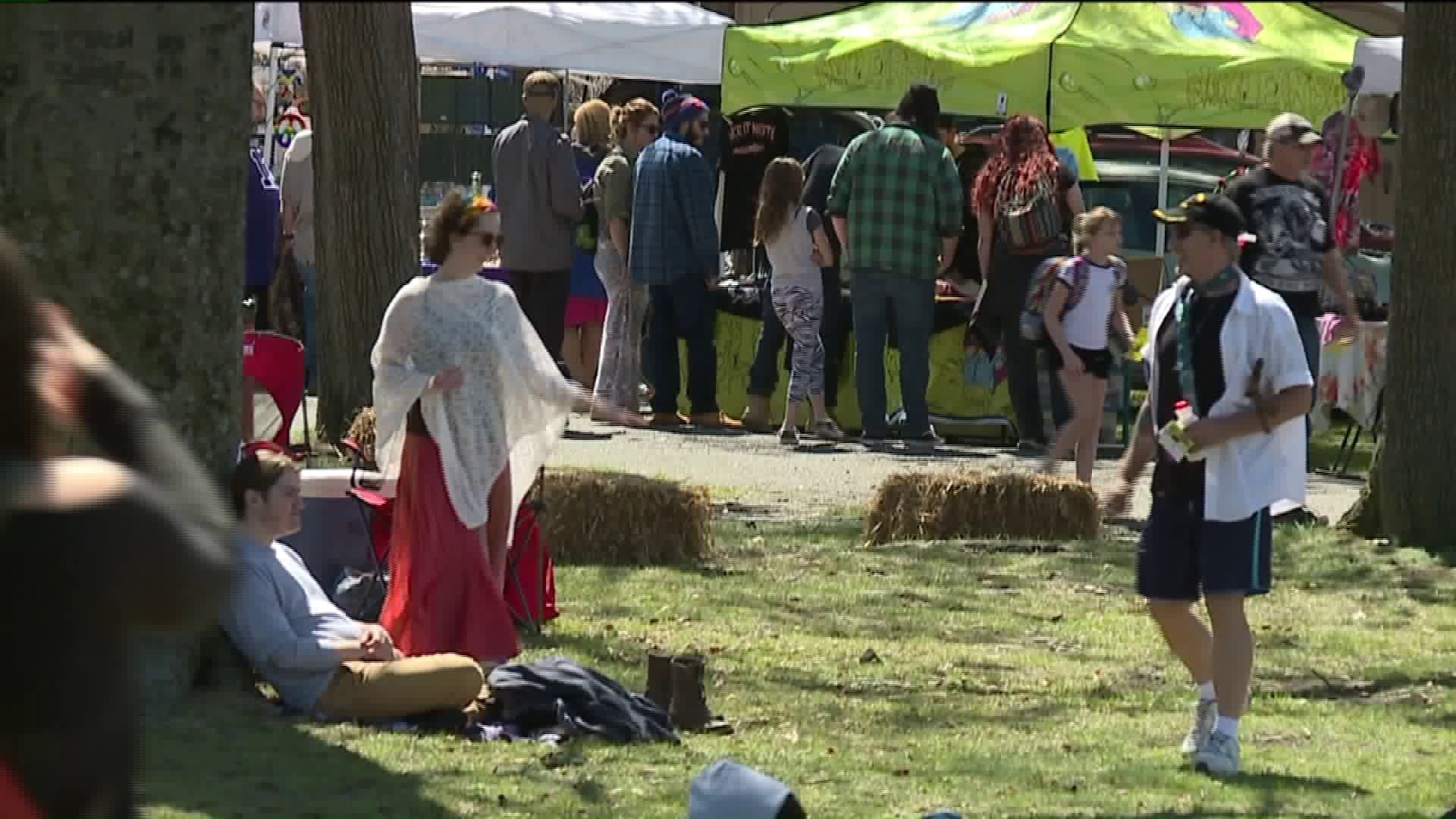 SCRANTON -- Just days after the State Auditor General expressed hope that Pennsylvania will join the list of states allowing both medical and recreational marijuana, crowds gathered en masse in one part of Lackawanna County to show their support for the legalization of marijuana.

The Pennsylvania Cannabis Festival in Nay Aug Park in Scranton is a festival of many forms -- part political rally, part music festival, and part shopping bazaar. Last year's festival took place on the same day that legislators in Harrisburg legalized medical marijuana statewide -- and festival organizers were hoping to recapture some of that spirit this year.

The Cannabis Festival made its third return this year, catering to a diverse crowd with a wide variety of activities. While people of all ages -- including many families with small children -- soaked up the sun and danced in the grass at Nay Aug, there was also plenty of politicking from those who believe the state is closer than ever to legalizing recreational marijuana.

"This event here is showing that Pennsylvanian's are in support of it, that we are not too conservative or old," said Lindsay Repman of Williamsport.

Even small business owners turned out in abundance to the festival. Jesse Shaffer owns Outta This World, a smoke shop in the Lee Park section of Hanover Township. The 21-year-old believes that full legalization would be a game changer for his business.

"This plant that can help all of these people -- including myself -- is a multi billion dollar industry, being sat on in Pennsylvania for stupid reasons," said Shaffer. "That's my opinion, there are billions of dollars to be made in this industry."

The pipes that Shaffer sells are manufactured locally by artists all across Northeastern and Central Pennsylvania.

One such artisan glassblower, Richie Hull, left his native Susquehanna County for a time to move to Colorado to practice his craft -- a state where recreational pot is legalized. He since moved home, and hopes Pennsylvania will soon get on the same page as many other states in the nation.

"I love it here, it is my home, I want to see things legalized," Hull said.

He, and many others, believe the legalization will provide economic opportunities for young people to remain in the area.

"We don't always all have to flood to Colorado and California," he added. "We can stay right here."

While legalization has won the support of some state officials in Harrisburg, the role of the federal government still remains a question mark. The Pennsylvania Cannabis Festival continues until 7 p.m. in Nay Aug Park in Scranton.