MOOSIC — One of our area’s largest limousine companies is in trouble. State regulators are taking steps to pull Nasser Limousine’s license, an... 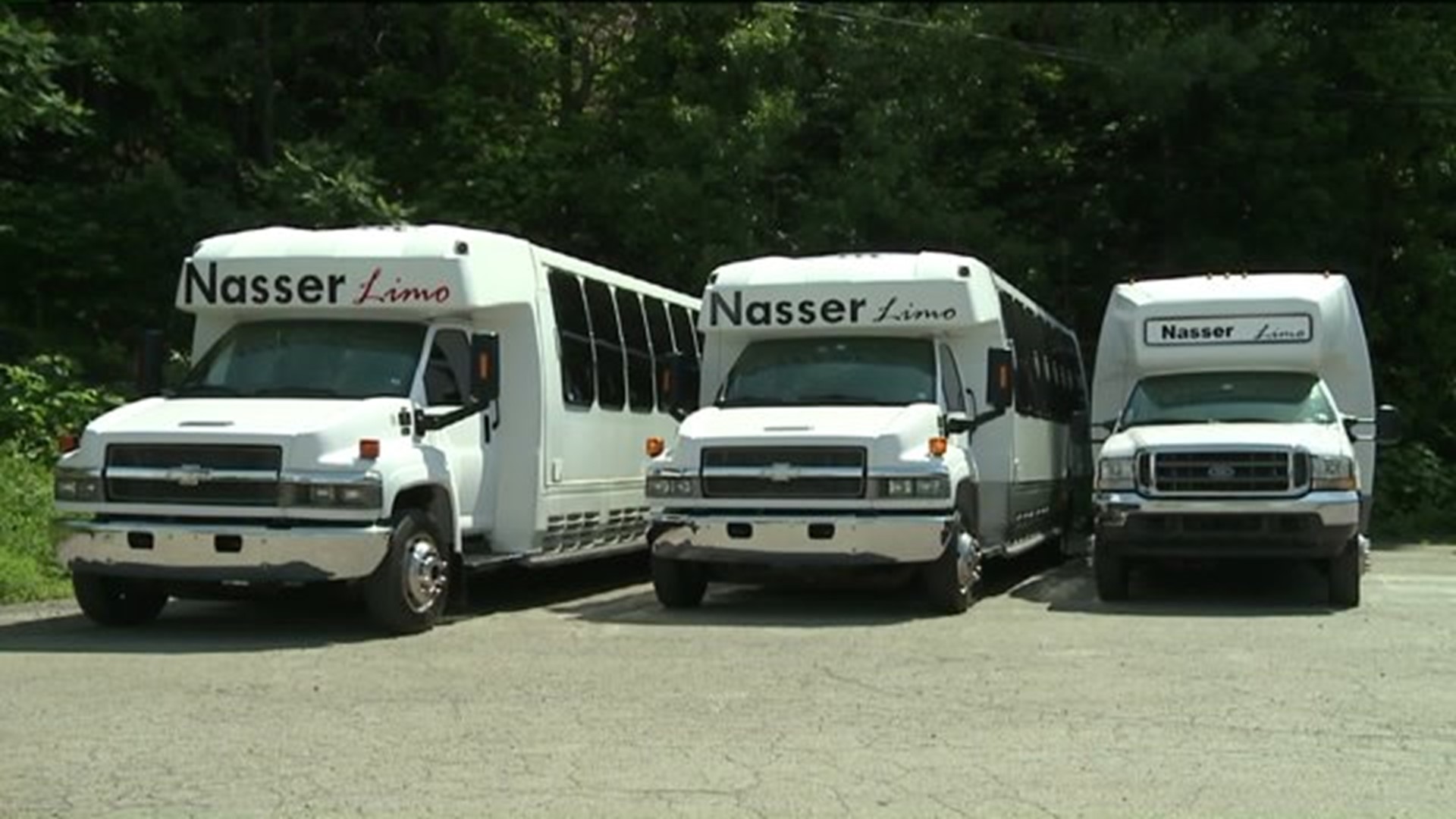 MOOSIC -- One of our area's largest limousine companies is in trouble. State regulators are taking steps to pull Nasser Limousine's license, and hit the business in Moosic with record fines.

A PUC spokesperson says the company has continued to break the rules for the last three years, so the agency had to send a message.

Some of the limos in the Nasser Limousine fleet were brought out Thursday afternoon from the garage to the lot in Moosic. How much longer the company continues operating could be decided by a judge.

With violations piling up, the PUC proposes to revoke Nasser's limousine license, and fine it more than $100,000 and add another $1,000 for every day Nasser fails to pay a fine due May 5.

"It is important to send a message to someone who is continuously noncompliant, because PUC regulations are there for a reason. They're there to ensure safe and reliable service," said Puc deputy press secretary Robin Tilley.

Violations include not getting the proper licenses to drive limos long distances for proms, weddings, and other events.

Twice this spring, agents accused the company of using limos that were too old under state law to be in service.

We went to Nasser to get a comment, and we called the limo agency owner twice. Nasser did not take our phone calls but his lawyer told us any comment would be inappropriate during the investigation.

Carl Gross, who runs Luxury Limousine in Pittston says Nasser is undercutting him and other companies charging lower rates by using older limos that by law should not be on the road.

"We're turning our cars over four or five years, so we're buying new vehicles. Someone who's not doing that, obviously their cars are paid off and they don't have those expenses," said Gross.

The lawyer representing Nasser limo emailed Newswatch 16 saying the company is, "fully cooperating with the investigation and is confident the matter will be resolved."

Nasser has 20 days to respond to the PUC, in its effort to keep its license and challenge the fines.