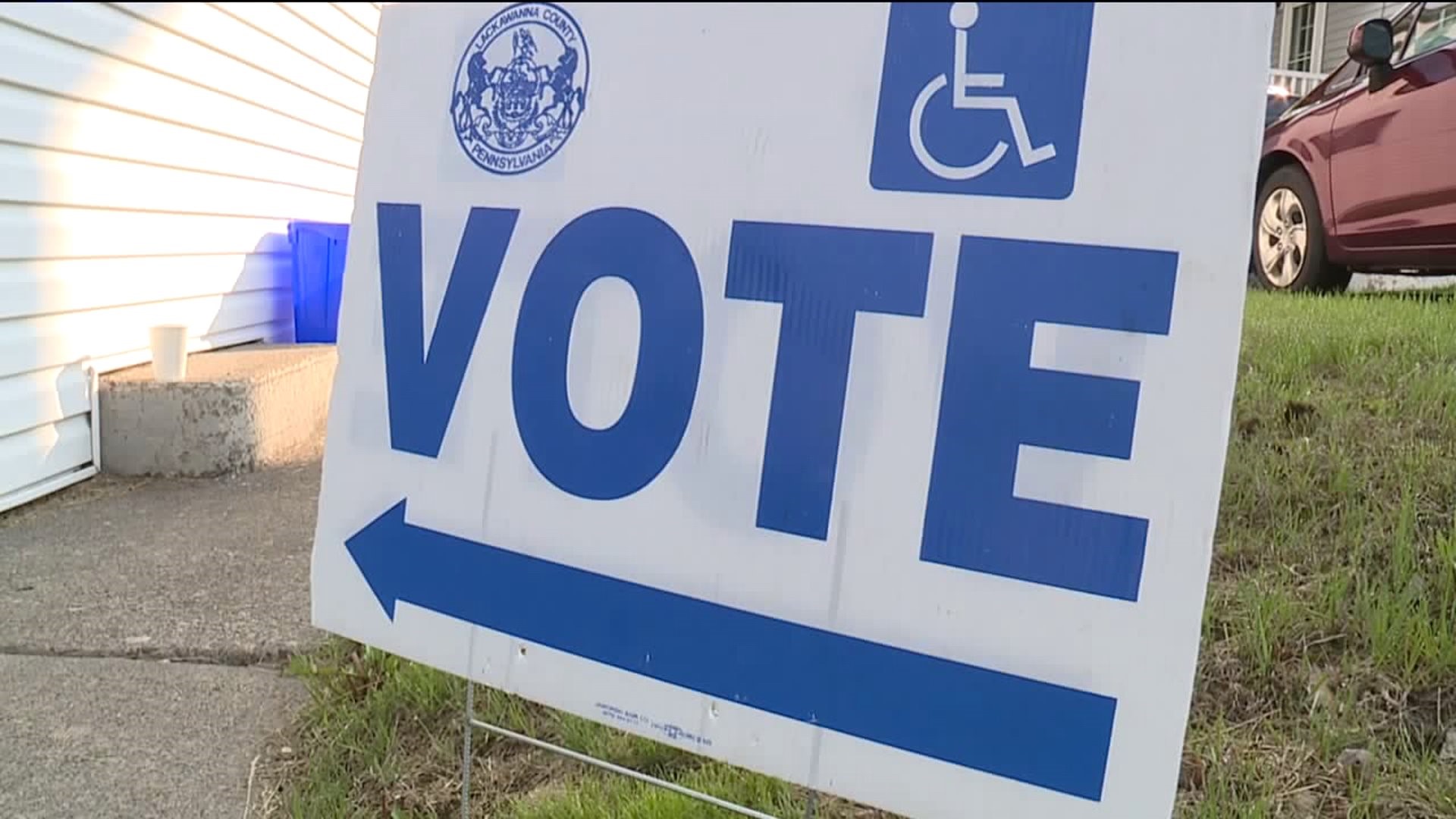 The Pennsylvania primary is underway. Polls opened at 7 a.m.

This year, Pennsylvanians elect a United States senator, and it's possible both major party candidates will be from our area.

Jim Christiana is Barletta's Republican opponent in the primary, but it's clear Barletta is running "right now," against Democrat Bob Casey of Scranton.

Barletta went on to say he will push the policy and agenda of President Trump, who captured Pennsylvania in 2016. Casey is unopposed for the Democratic nomination.

A quick morning survey showed voter turnout to be on the light side. There were no lines at a polling place along Birney Avenue in Moosic. The poll workers there said they expect it to be light all day.

Many of the candidates on the ballot have no opposition, but there is a race in Lackawanna County that is bringing voters out. It's a five-way race for the Democratic nomination for state representative in the 112th District, covering part of Scranton, plus Dunmore and the mid valley.

Gerald Luchansky votes in Olyphant. He's also on the Mid Valley School Board.

"That's my big concern, what they're going to do with the school property tax. There's a big push to eliminate it. I don't know if that's a good idea myself, altogether," Luchansky said.

Michael Pisanchyn voted at another location in Olyphant.

"The 112th is important, one of the better races this year, but I think they're all important, especially for the kids, to decide who is going to be our representative," Pisanchyn said.

The winner in the 112th race replaces Kevin Haggerty, who did not run for reelection.

Polls are open until 8 p.m. Find your polling place here.