The landmark ruling by the U.S. Supreme Court on same-sex marriage is being both celebrated and criticized here in our area. Pennsylvania is one of the states t... 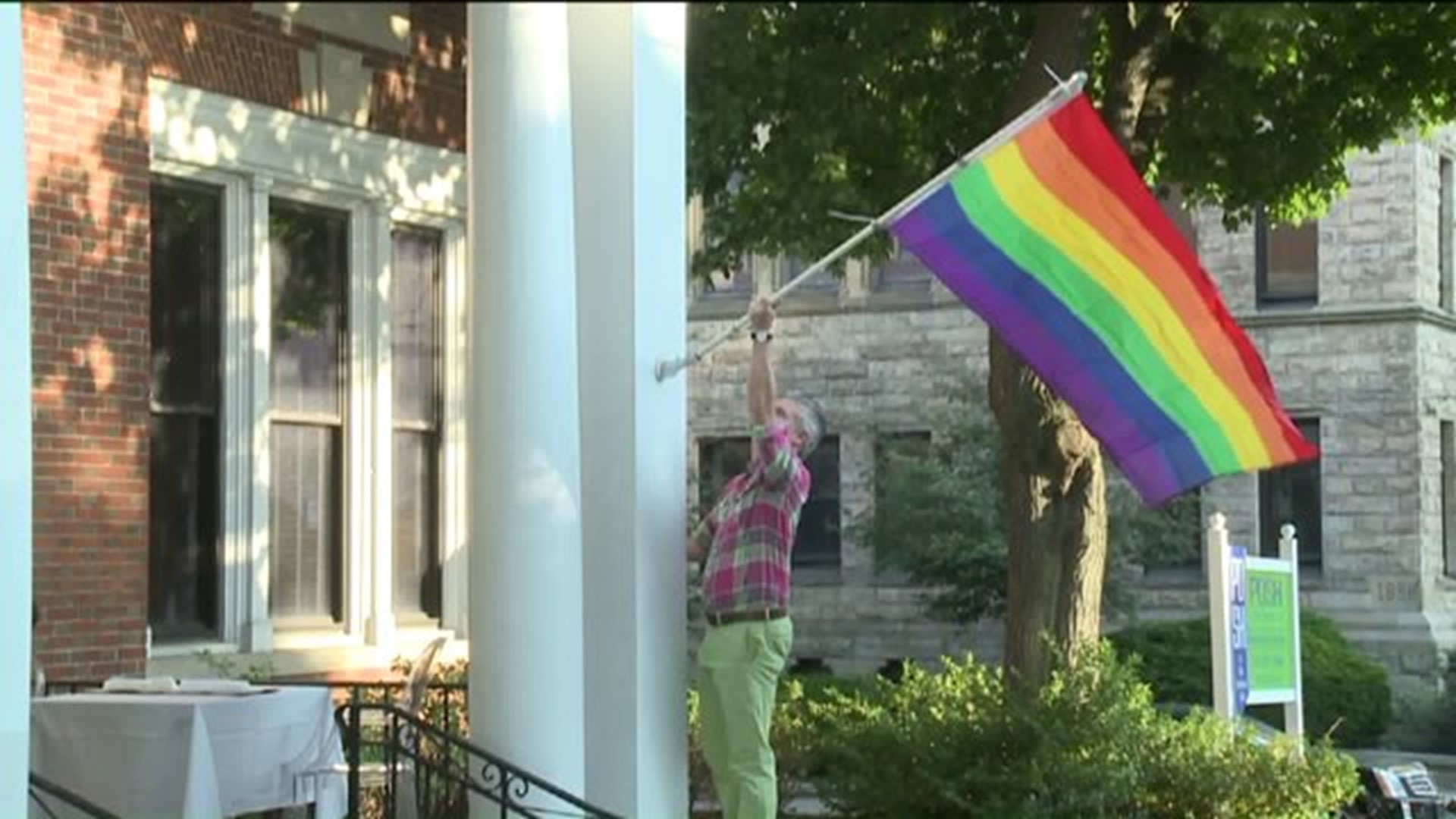 The landmark ruling by the U.S. Supreme Court on same-sex marriage is being both celebrated and criticized here in our area.

Pennsylvania is one of the states that already allows gay marriage.

At the Tomato Bar in Pittston, the celebration was in full swing.

“And I'm so proud to be an American today!”

The Northeastern Pennsylvania Rainbow Alliance, representing the LGBT community here in our area, threw a party to mark the historic Supreme Court decision, allowing same-sex marriages in all 50 states.

“Oh this is huge, I mean to have to just go nationwide with just such a sweeping decision,” said Corey Farley from Wilkes-Barre. “Huge, this just opens up equality for everybody.”

“It's truly a historic moment for the LGBT community to come this far and to realize that making history in this moments,” said Jessica Rothchild with Equality Pennsylvania.

“It just took me by surprise because I did not think it would be this cut and dry and bravo America, this is what America was built on in 1776, freedom,” said Joseph Bartoletti of West Pittston.

“We have constitutional rights to love and marry whomever we want just like anyone else,” said Helen Davis with the Rainbow Alliance.

Outside the restaurant on Main Street, two rainbow flags flew where the city holds its annual tomato festival.

And pride was on display in the Electric City as well.

A flag was posted outside Carl Von Luger`s Steakhouse on Courthouse Square in Scranton and one at Posh Restaurant just down the street.

Posh owners Joshua Mast and Paul Blackledge have been a couple for nearly two decades.

“Paul and I have been together for it will be 17 years in December and so this is something that I never thought I see in my life, growing up in a small town, not knowing anyone who was gay, then moving to New York City, meeting Paul," said Mast.

Posh even made a special cocktail for the occasion, called Love Won.

“Everyone one was so excited about the news, we wanted to do something to celebrate so we came up with a drink called Love Won and I think love did win today [Friday],” said Blackledge.

In a statement from the Diocese of Scranton, Bishop Joseph Bambera said the Catholic Church still views marriage as between a man and a woman.

Bambera said “Catholic teaching regarding marriage is not a judgment about persons who experience same-sex attraction, but a statement about how the church has always understood the nature of marriage itself.”