SCRANTON — The “Let’s Stop Suicide” initiative was introduced at the Lackawanna County Courthouse in Scranton. According to the American... 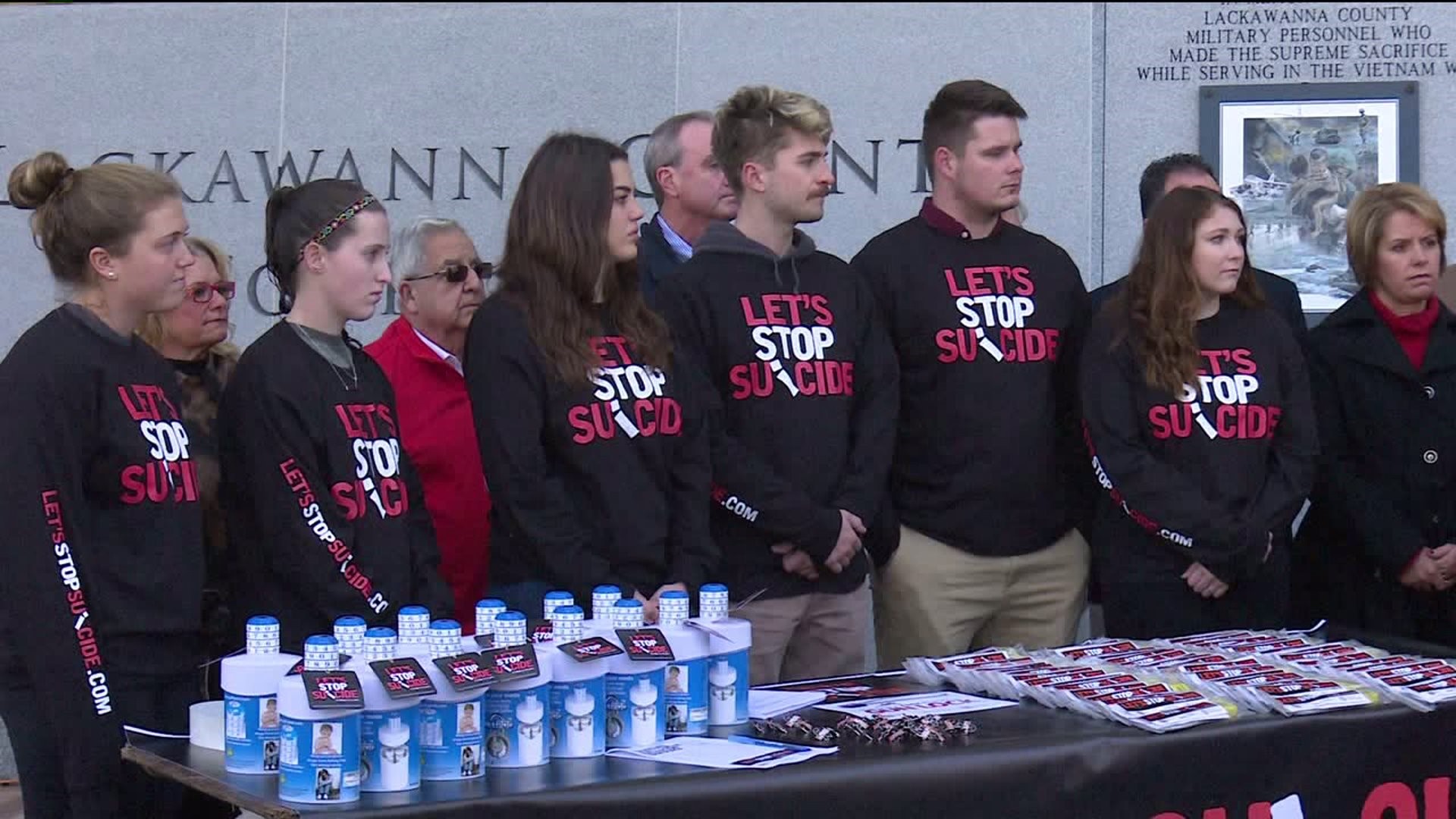 SCRANTON -- The "Let's Stop Suicide" initiative was introduced at the Lackawanna County Courthouse in Scranton.

According to the American Foundation for Suicide Prevention, suicide is the 10th leading cause of death in the United States. One of the main goals of the initiative is to give those who are struggling with their lives a platform to open up about their struggles.

This is a particularly pressing issue for those who have either dealt with depression or lost loved ones to suicide. Spreading and raising awareness is something they see as vitally important.

"Our daughter Katie Schoener had bipolar disorder and died of suicide in August of 2016," Ed Schoener said. "At the time, I wrote an obituary of what I thought was a straightforward obituary about mental illness and suicide. That obituary resonated with many people, so it's clear to me that people are longing for the ability to talk about their illnesses and talk about suicide."

"I personally deal with major depression and anxiety," Diedre Dzugay said. "In 2015, I attempted suicide actually. If it wasn't for people like this helping and trying to stop the stigma, I wouldn't be here today."

"I've had a couple loved ones pass away because of suicide and a friend back in high school," Brian Price said. "It's a terrible thing that a lot of people can say has affected them personally, so I think it's very important that we're all here today."

A key message with this initiative: keeping your emotions in is not good for your mental health. Expressing your feelings could go a long way to help save your life.