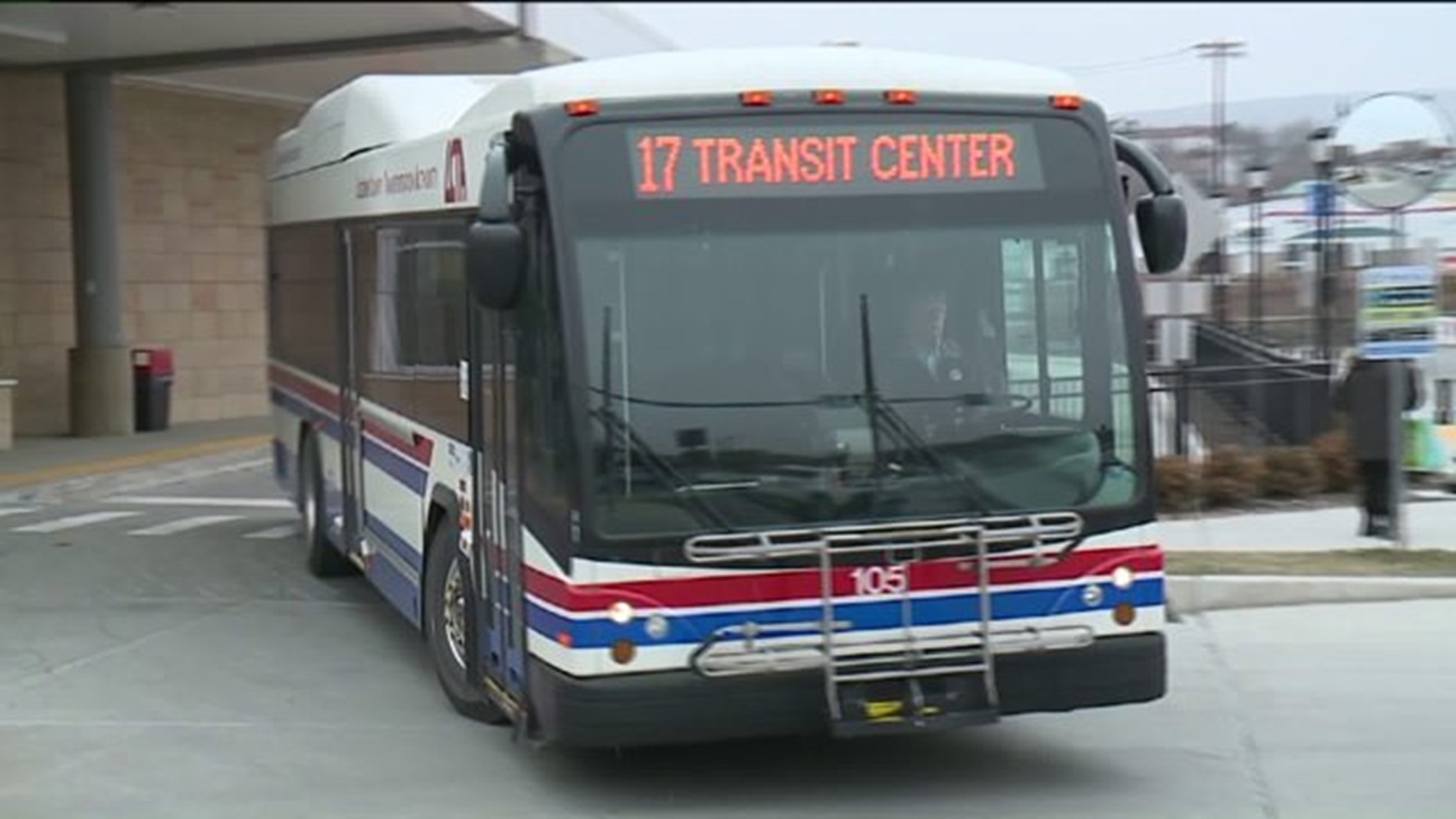 The change in bus routes was relatively minor, but it clears the way for the possibility of a big change for people who ride the bus in Lackawanna and Luzerne Counties.

Now, Luzerne County riders can get dropped off at the Lackawanna Transit Center in downtown Scranton. Soon, riders can leave from there and go directly to downtown Wilkes-Barre.

If you spend just a few minutes at the Lackawanna Transit Center on Lackawanna Avenue in Scranton, you quickly get an idea of how many buses park there and how many places they all go.

But never before has a bus from neighboring Luzerne County picked up passengers there. An LCTA bus used to drop off and pick up at the Marketplace at Steamtown. It's a difference of only two blocks, but for COLTS director Bob Fiume, that's a big difference.

"It's going to make both systems more user-friendly to our passengers in both Luzerne and Lackawanna County. This is the first step in making better connections," said Fiume.

Fiume says starting next month, passengers can buy one intercounty monthly pass that could be used on any COLTS or LCTA bus.

"It will be one price, $60, and it will just make it more user-friendly. It's less of a hassle. One price and you can get on either system and you avoid transfers, paying transfers, so it actually comes out cheaper in the end for the rider," Fiume explained.

COLTS employees say they often have Luzerne County riders ask them if they can use their LCTA bus to go elsewhere in Scranton. They can't, yet.

John Krochmaluk from Swoyersville had that very question and wondered why it had to be so complicated to travel within the two counties.

"Well, yeah, I think it's a good system that they came up with because as an employer, sometimes we rely on employees from different areas that sometimes can't get to us because of them being in Lackawanna County or where have you, so it's going to make it convenient on that aspect," Krochmaluk said.

The director of COLTS says these changes come at an interesting time. Next week, a task force made up of officials from both counties will meet for the first time to discuss whether LCTA, COLTS, and Hazleton's transit authority should all merge.