SCRANTON — People who think they pay too much for trash pickup in Scranton could soon get some help. Thursday afternoon, lawyers filed a class-action suit... 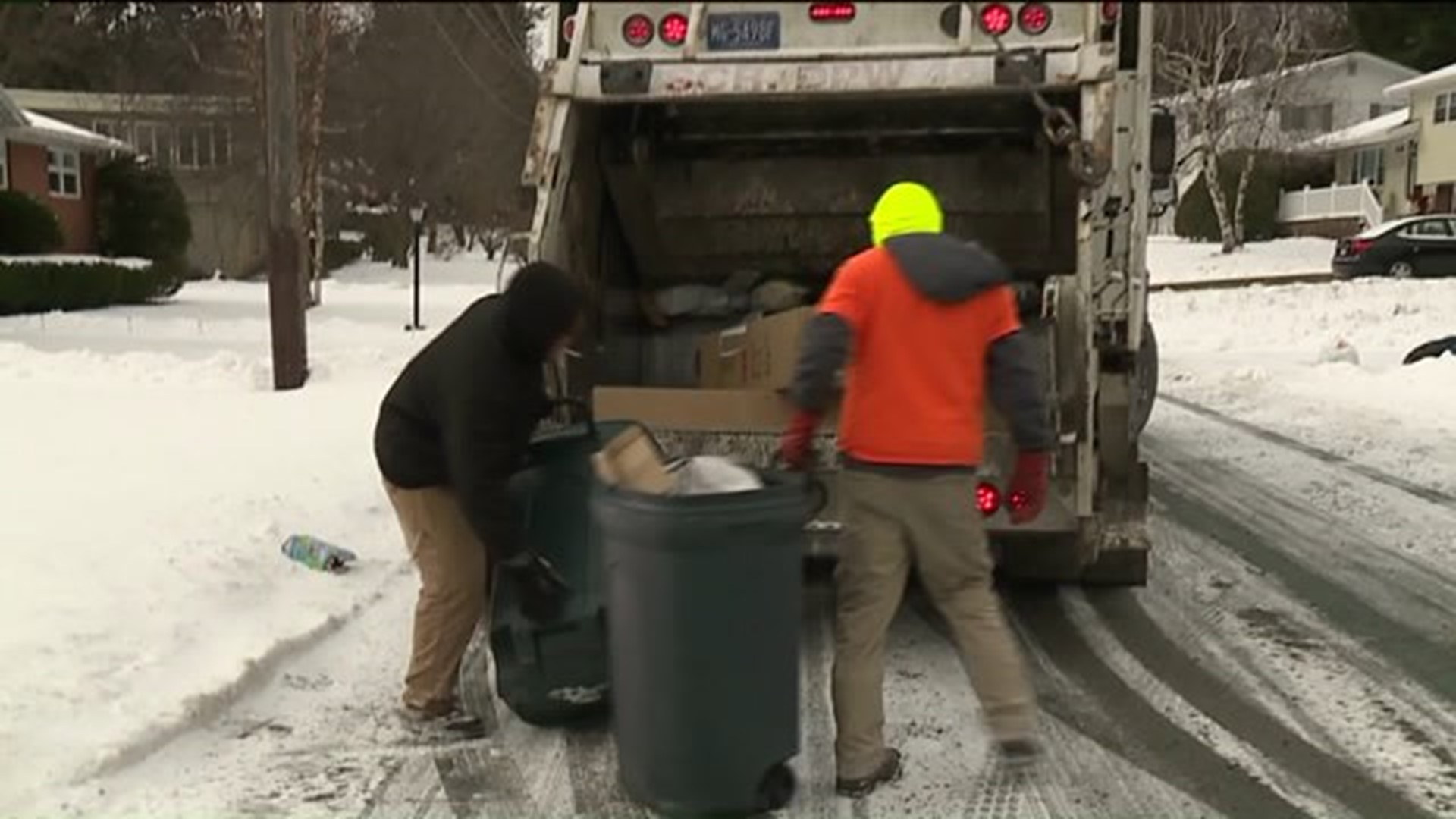 SCRANTON -- People who think they pay too much for trash pickup in Scranton could soon get some help.

Thursday afternoon, lawyers filed a class-action suit against the city, claiming Scranton broke its own rules and jacked up its garbage collection fees to pay other city bills.

According to the lawsuit, city law reads, "the fees cannot be used by the city for anything other than the costs directly associated with trash removal."

That's why the suit claims people who paid these fees in Scranton should get some of their money back.

City records show it costs Scranton about $4 million a year for workers to pick up household garbage and recycling every week, even on frigid December mornings.

But a lawsuit against the city claims Scranton makes more than$6 million a year from these fees billed to homeowners and renters, who pay $300 a year.

Attorney Jody Healy is part of a legal team behind a class-action suit that claims Scranton broke its own rules when it hiked garbage collection fees to cover not only the money for trash pickup but millions more to pay other city bills.

"If anyone should know that there is a violation, it's the city itself, because they wrote and enacted this very ordinance in 1994," Healy said.

The suit calls for an audit of how much more money the city raised than it spent on garbage collection in recent years, and it calls for some of the surplus to be refunded to those who paid the fees.

If a class-action suit succeeds, where would Scranton get the money, considering the city is in such tough financial shape?

Sources say the likely target may be money raised by the pending $195 million sale of the city's sewer authority.

Right now, a Scranton landlord is the only named plaintiff, but if this becomes a class-action suit, paperwork shows more than 50,000 people or businesses could potentially get money back.

"I think it should be refunded back to us," said Jakyeria Hargrove. "If we're paying it, why should it go back into somebody else's pocket?"

"They got themselves in that kind of predicament that they owe money elsewhere and that's their problem. Don't take it out on anybody else," said George Meshko.

The solicitor for the city, Jason Shrive, says he cannot comment because hasn't seen the lawsuit which was filed Thursday afternoon.

If the suit succeeds, Healy says it could take at least a year before people would get a refund of any kind.