SCRANTON, Pa. — Another civil lawsuit has been filed in response to the attorney general’s grand jury report on priest abuse across Pennsylvania. Th... 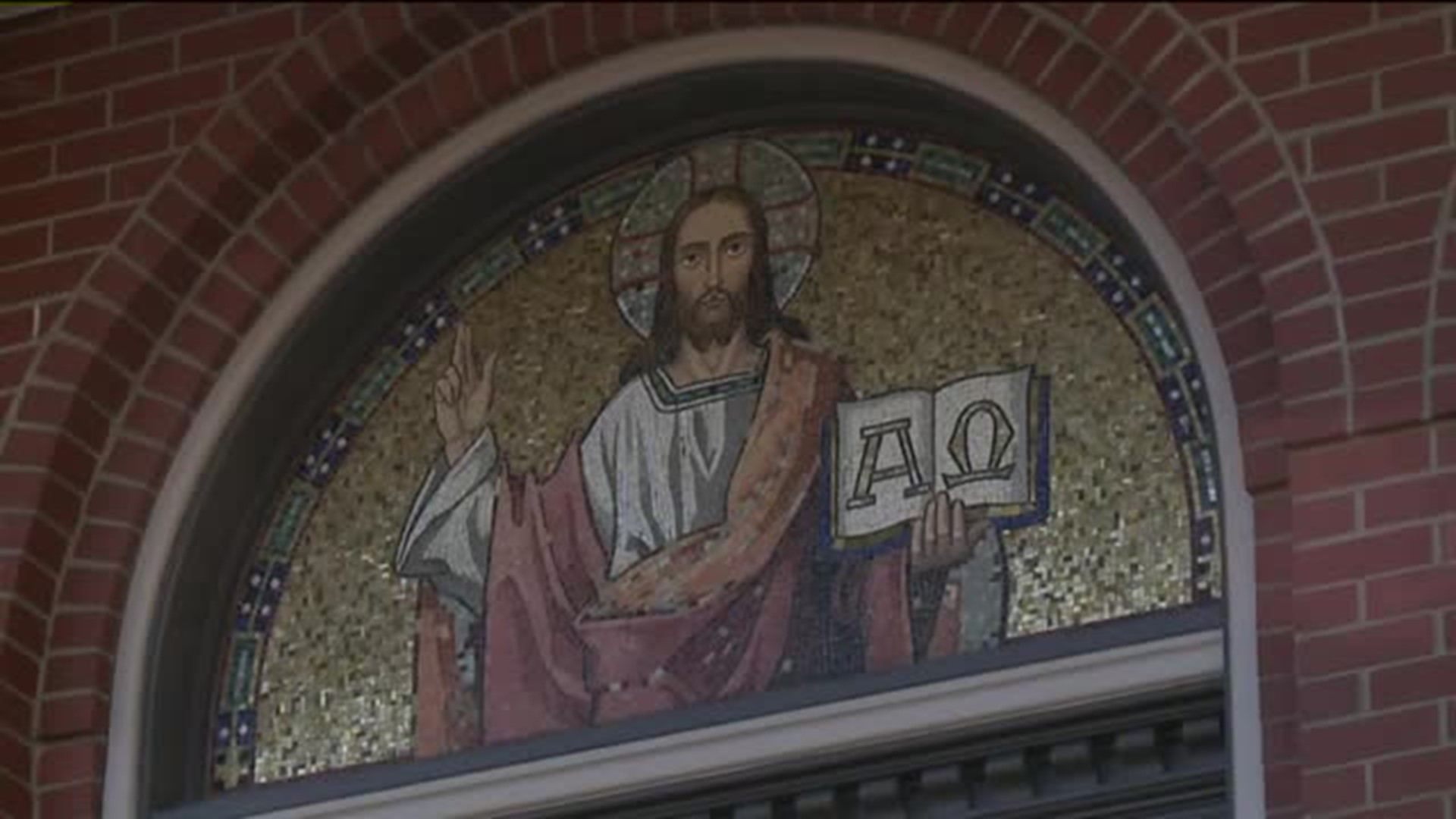 SCRANTON, Pa. -- Another civil lawsuit has been filed in response to the attorney general's grand jury report on priest abuse across Pennsylvania. This one is against a former Diocese of Scranton priest and the current and former bishops.

Civil attorneys were in Scranton Tuesday to file the lawsuit on behalf of a 29-year-old man from Lackawanna County. He alleges that when he was a teenager, he was abused by a priest who was named in the grand jury report and has served prison time for abusing another teen boy.

Lawyers from Philadelphia and Texas were in Scranton to file a lawsuit -- the latest alleging priest abuse since the state attorney general's report came out earlier this year.

This is the first to be filed within the Diocese of Scranton. The lawsuit names the diocese as a defendant along with three bishops and former priest Jeffrey Paulish.

Paulish was arrested in 2013 for abusing a 15-year-old boy. He served several months in jail.

The lawyers say their client, a 29-year-old man from Lackawanna County, was abused in 2006 and 2007 when he was a teenager and an altar boy at the former St. Mary's Church in Old Forge, now part of the Prince of Peace parish.

"Mr. Paulish, the former priest who we see in this case, was a particularly glaring example of the cover-up," said attorney Gerald Williams.

Lawyers say they plan to subpoena the diocese for information about Paulish's history in the diocese.

The grand jury report found that Paulish was transferred 11 times in his 18 years as a priest and was given leaves of absence both before and after their client says he was abused. They think that could mean that current Bishop Joseph Bambera was aware of Paulish's abusive behavior before he was arrested in 2013.

Lawyers say the plaintiff never reported the abuse to police or the church and chose to come forward after seeing the grand jury report on the news.

Under current state law, he had until his 30th birthday to file a lawsuit.

"This client -- I hesitate to call him one of the lucky ones because he's not -- but in the context of the law, he has said that he is. Because he's 29 and he can file this lawsuit and demand the answers that a lot of other victims in this state are not getting right now," said attorney Michelle Tuegel.

We reached out to the Diocese of Scranton and received this statement:

"Bishop Joseph C. Bambera has long held true to his belief that abuse has no place in the Catholic Church. For well over a decade, ongoing improvements have been made to the manner in which abuse allegations are addressed. The Diocese of Scranton adheres to a strict zero tolerance policy, immediately informing law enforcement and removing the accused from ministry when allegations are brought forth, and notifying the parish and the public. The Diocese has recently announced an Independent Survivors Compensation Program for those who have suffered sexual abuse by clergy, religious or lay employees. Bishop Bambera will continue to do all that he can to ensure our children are safe from abuse moving forward, and will address allegations swiftly and transparently, as he has always done.

"The Diocese of Scranton supports all victims of abuse as they bring forward allegations against members of the clergy, and this case is no different. The Diocese will review this particular complaint when it is received."