TAYLOR, Pa. — Neighbors in Taylor called police when they noticed several stray cats had died. Officers confirmed suspicions that those cats were being po... 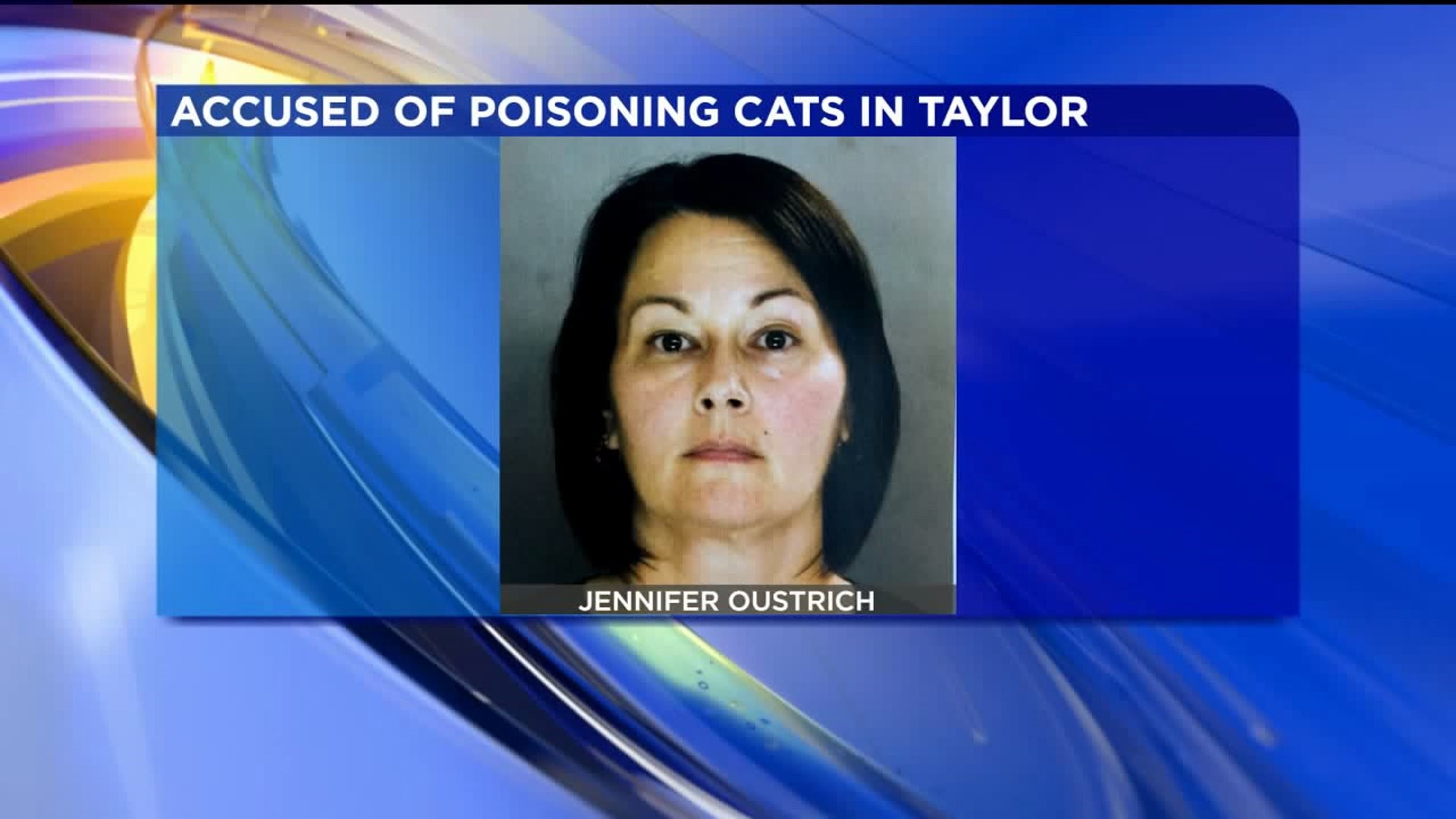 TAYLOR, Pa. -- Neighbors in Taylor called police when they noticed several stray cats had died. Officers confirmed suspicions that those cats were being poisoned.

It was a year ago last week that lawmakers in Harrisburg passed what's known as Libre's Law which stiffened penalties for animal abuse.

It's that law that allowed Taylor police to file felony charges against a property owner on West Taylor Street.

Cats ordinarily hang out on porches and in bushes along West Taylor Street in Taylor. Neighbors called police last month when they noticed something out of the ordinary.

The cats were dying -- at least five in the span of just a few weeks.

After an investigation, police filed felony animal abuse charges against Jennifer Oustrich who rents out an apartment building on the street. She's accused of poisoning the cats.

"What was it? A couple weeks ago, she said, 'I will poison them.' People can talk and not mean exactly, but she was serious because you found the evidence," neighbor Justin Berkosky said.

Police found rat poison mixed with dog food along the fence line of Oustrich's rental property. Autopsies on the cats could only prove that two of them actually ate the poison but at least five died.

"I just thought it was nuts because we live right down from the school, yeah, there was a little bit of a problem for a while. But, there's other ways to take care of it than poisoning things. I mean, that runs through the grass when it rains, there's kids out here, this whole street's full of dogs and cats," said neighbor Brittny Hufford.

The arrest brings to light a divisive issue on this block of West Taylor Street: some neighbors say there is a serious feral cat problem.

"Something has got to be done in this neighborhood with the amount of cats," Ada Lynch said.

Ada Lynch's daughter rents from Oustrich and says the cat infestation has gotten so bad that her grandkids can't even go out in the yard.

"Either they need to be told to stop feeding them, animal control maybe needs to come out and catch them and trap them and put them up for adoption. But, something definitely needs to be done," Lynch said.

Neighbors agree that Oustrich's alleged method was uncalled for.

"There's too many in the neighborhood, there's a lot of stray cats in the neighborhood. So, like I said, there's probably other ways to go about it. I don't know if she tried to take that route or what happened with that. But, I don't agree with what she did," Jennifer Harding said.

Oustrich faces additional charges because the poison could have been consumed by several pets on the street. She's out on bail and due back in court next week.