DUNMORE, Pa. — The Dunmore Lady Bucks basketball team is headed to the 3A championship game in Hershey Thursday evening, after a win over Trinity Monday n... 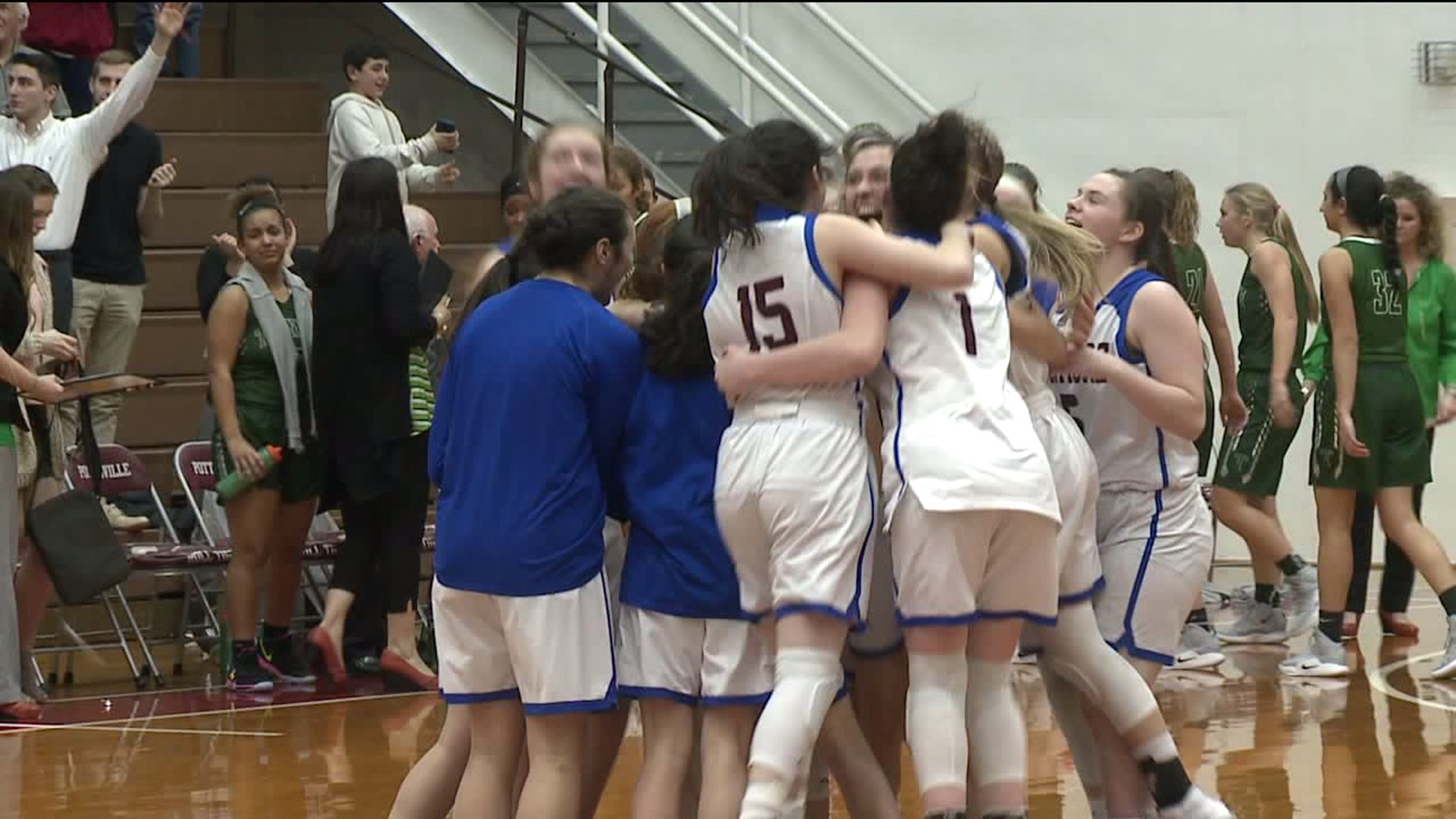 DUNMORE, Pa. -- The Dunmore Lady Bucks basketball team is headed to the 3A championship game in Hershey Thursday evening, after a win over Trinity Monday night in Pottsville.

Students arrived for class on what looked like your average morning at Dunmore High school. It isn't. It's the morning after the Lady Bucks won the right to go to the state title game in Hershey.

"Coach O'Brien would like to thank the ruckus student section, who was very instrumental in the victory," said Dunmore High School Principal Timothy Hopkins.

Seniors Cole Blasko and Max Burke were part of that student section Monday night in Pottsville.

"We play a big role. We get everybody going, we get everybody excited and I think everybody coming together is a great thing, not just for the team, but the whole community," Burke said.

"For the morale, it just boosts it up really high, especially with spring sports coming up. I think everybody has got a little more pep in their step now," said Blasko.

Both Burke and Blasko see this as more than a win for the team. It's a win for Dunmore.

This is the third time the girls from Dunmore have been to the state championship. So far, they are 0-2 and the team hopes to add a championship trophy to the trophy case before the end of the week.

"You want to come out with a big win, so we don't want to upset them. It fuels us," said Lisa Tallo, a member of the Lady Bucks.

Tallo knows she is not just playing for her team. She plays for the entire community.

"It was just a great experience, know we're going to Hershey, third time in like history at Dunmore. it's just an amazing experience," said Moriah Murray, lady BUCKS team member.

The next and last game for the Lady Bucks is the 3A championship against Delone Catholic in Hershey, Thursday at 6 p.m.