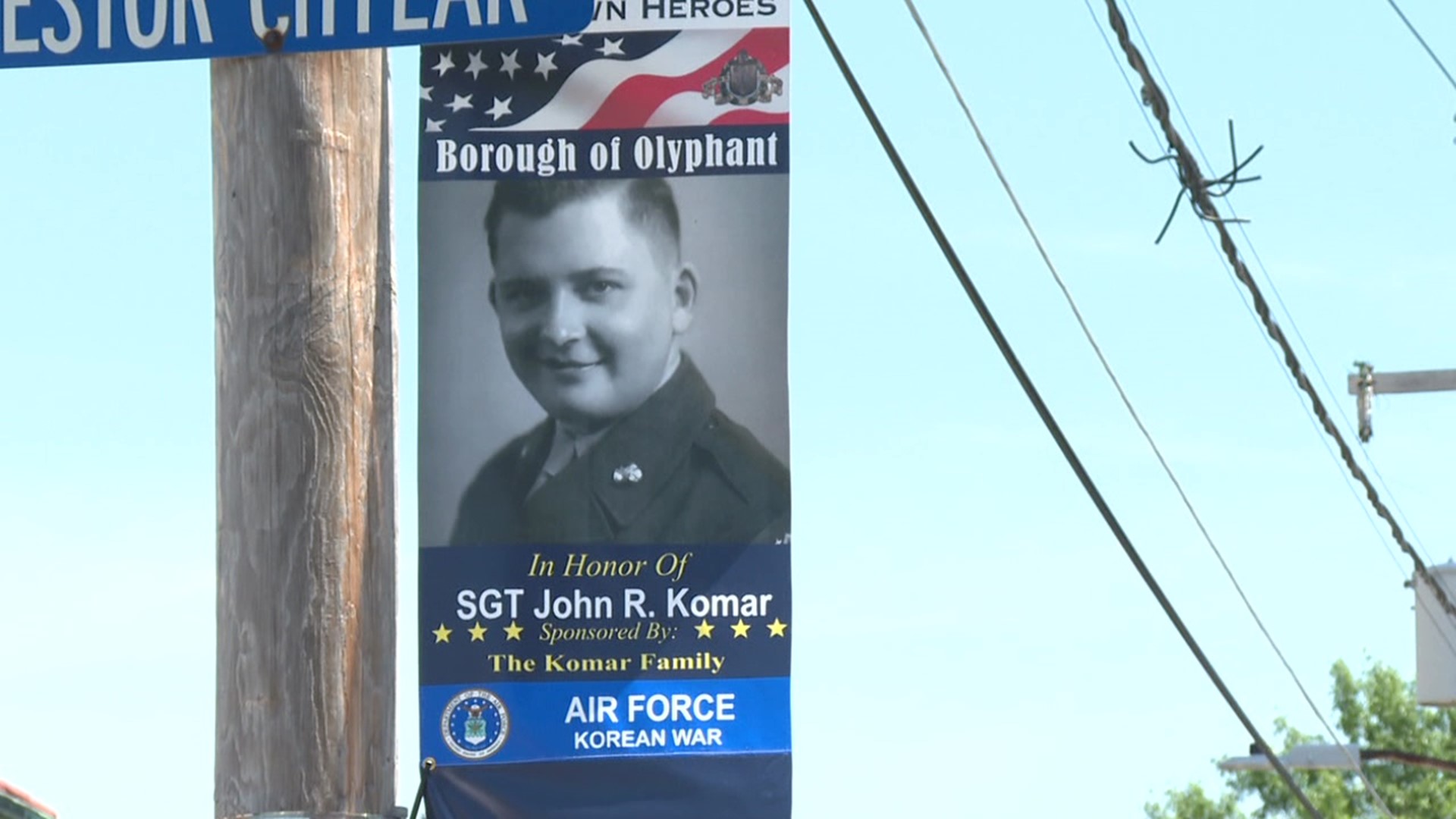 OLYPHANT, Pa. — A long-overdue military tribute was held for a Korean War Veteran in Lackawanna County.

John R. Komar passed away in 1987 and never received a proper military funeral.

"Wheels start spinning in my head, and you can't let a veteran go unnoticed or unhonored," said Kim Onda Atkinson, Hometown Heroes organizer. "We had to do something for him and her; she needed some closure."

After Komar had passed, the family had arrangements for a funeral, but that morning, his wife couldn't bear the thought of saying goodbye. She canceled it and she says she has regretted it ever since.

"I can have peace with myself that I denied my husband of having Taps made at his funereal when he was buried," said Theresa Komar. "It was all through my doing, and it really ate my heart all these years, and finally, now I feel like he's at peace."

Now the honor was a part of a much larger ceremony that dedicates and celebrates those who made the ultimate sacrifice.

Sgt. John Komar isn't the only veteran who received one of the Hometown Hero banners.

Three banners located on North Valley Ave were also revealed, and families said it's nice to finally have their heroes recognized.

"It moves me very much to see my father's likeness on the main street," said Mark Zinskie of Olyphant. "He's my hero."

To date, there are over 200 banners that honor veterans, including nine that have recently been put up.