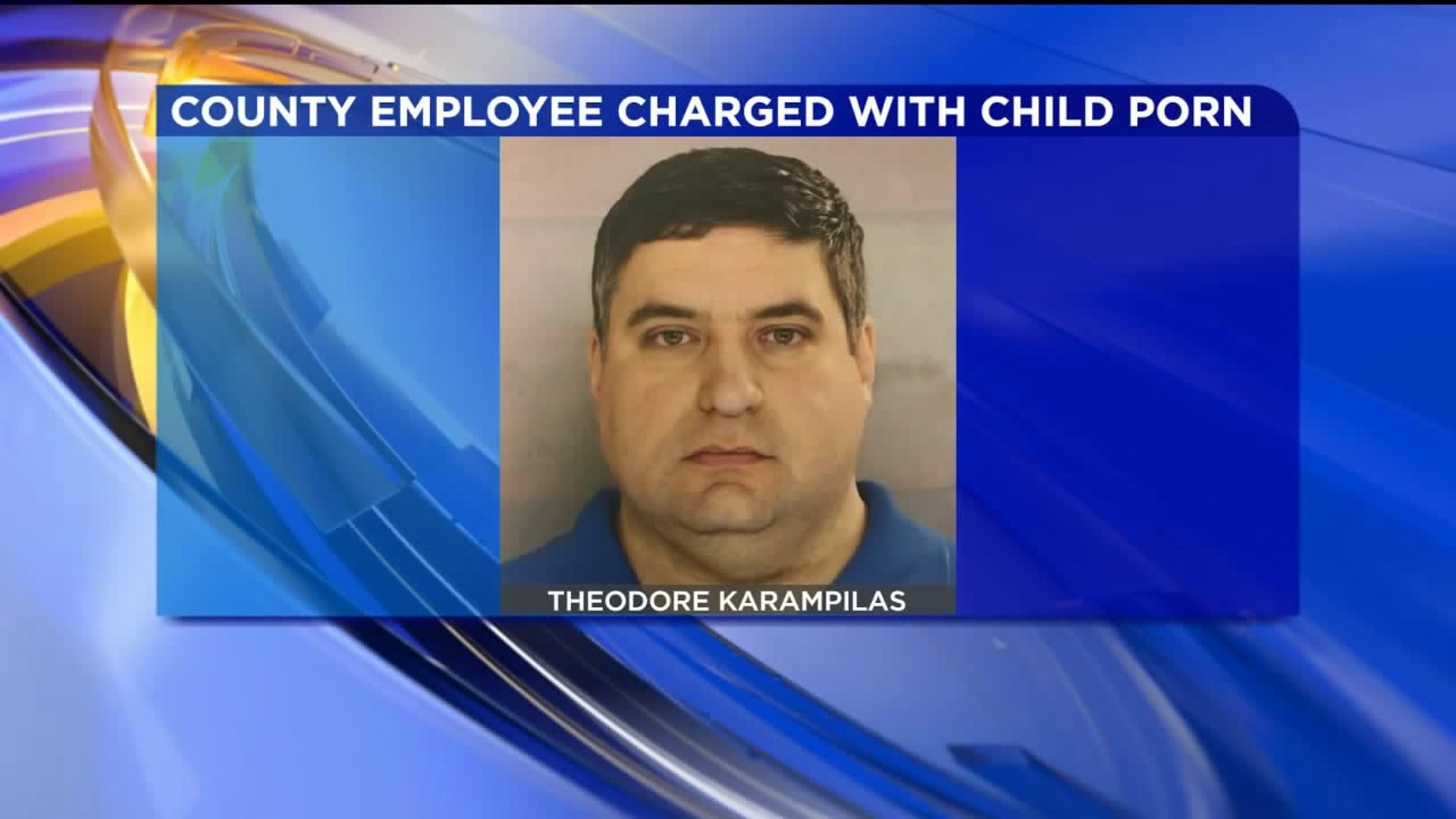 Theodore Karampalis resigned from his job with the county's IT department on Thursday about 24 hours after county detectives arrived at his home in Scranton.

They were following up on a tip from the Department of Homeland Security.

Karampalis was a senior programmer and systems analyst in Lackawanna County's IT department. He was mysteriously suspended from his job Wednesday, hours after the district attorney's office served a search warrant at his home on North Irving Avenue in Scranton's Hill Section.

Karampilas admitted to sharing the images using the app "Kik." The app notified the U.S. Department of Homeland Security. Officials there reached out to the Lackawanna County district attorney.

According to court papers, Karampilas sometimes used his county-issued laptop and cellphone to view the images.

Detectives say that he told his mother, "I've been looking at these types of images since I was a teenager. I got older, but the girls didn't."

Karampilas was arraigned on 96 felony counts of child pornography. He's locked up in the Lackawanna County Prison on $100,000 bail.