As Lackawanna moves into the green phase of reopening Friday, many businesses are excited to reopen. 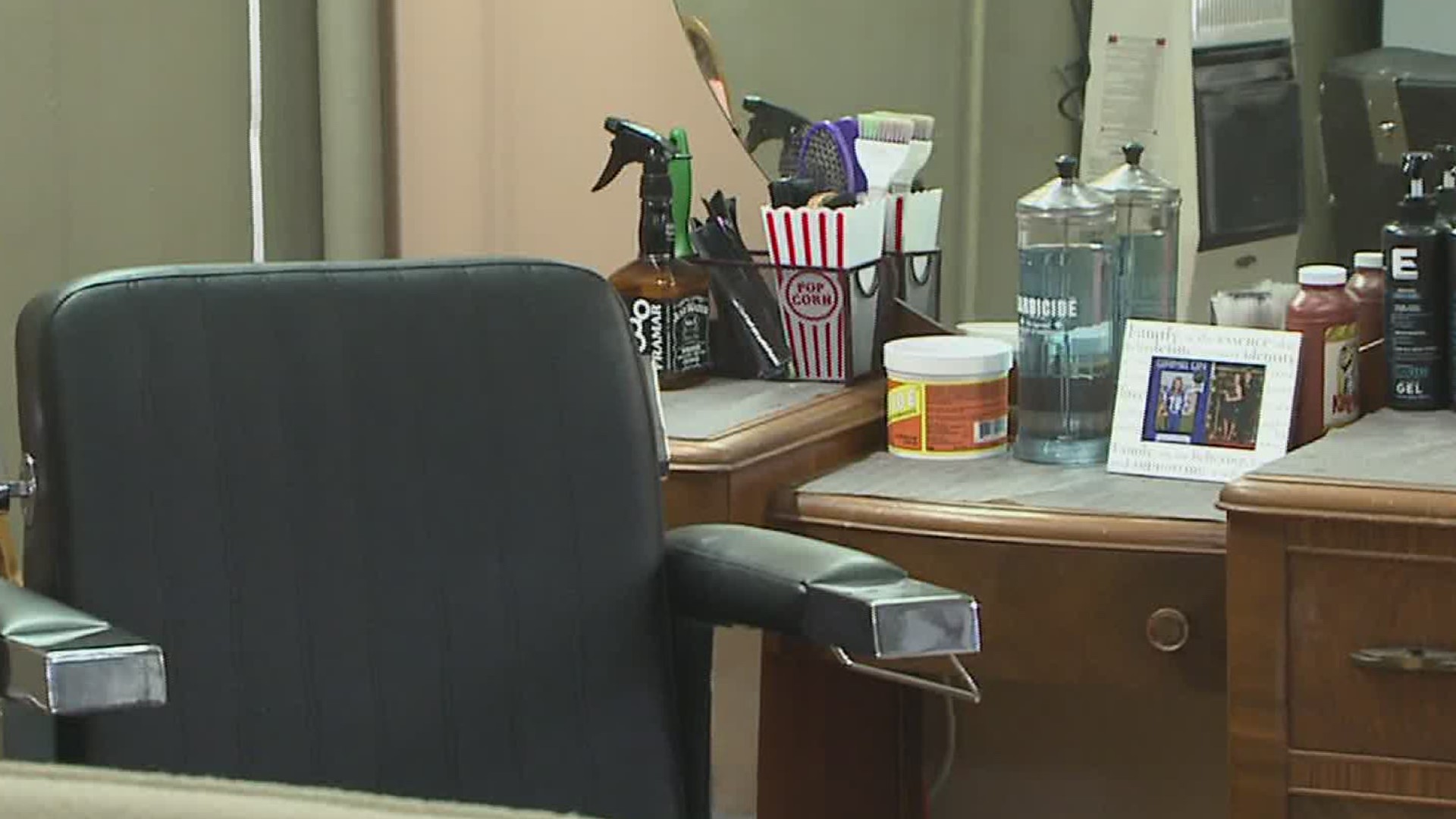 LACKAWANNA COUNTY, Pa. — Three Saints Barbershop in Jessup will reopen for the first time in months on Friday as Lackawanna County goes green.

Hair salons and barbershops have been closed since March when Governor Wolf ordered all non-essential businesses to halt operations.

"Booked, I'm booked. As soon as I posted it on our Facebook page, I had bookings from 12 midnight until 1:30 a.m.," said McAndrew.

The shop is allowed to operate at 40 percent capacity.

Three Saints will have three barbers, and three clients allowed inside at once.

McAndrew says when guys are finished sitting in the barber chair, they enjoy sitting in one of these chairs to socialize for a while. While that's normally encouraged, it won't be allowed right now.

Restaurants will also be able to offer dine-in services, although some like the Taylor Deli and Cafe, won't.

"It would be really hard to space them out and get them in when they want to eat because it feels like everyone wants to eat lunch at the same time, plus it's really different waiting on people with the mask and trying to hear everyone when they're talking," said manager Breanna Connell.

Rich's Restaurant along Keyser Avenue in Scranton plans to keep its outdoor dining space while also allowing guests back inside for dine-in service. Workers will remove every other table and allow only one family at their breakfast bar.

The owner tells Newswatch 16 those small steps will make a big impact as he cooks breakfast and lunch for his customers.

"It felt strange without all the voices and the people in and out, and our staff are just fantastic," said Richard Bouselli, owner and chef of Rich's Restaurant.