The only county in our area that won't see any restrictions lifted by the end of next week is Lackawanna. Businesses in our area aren't too happy about it. 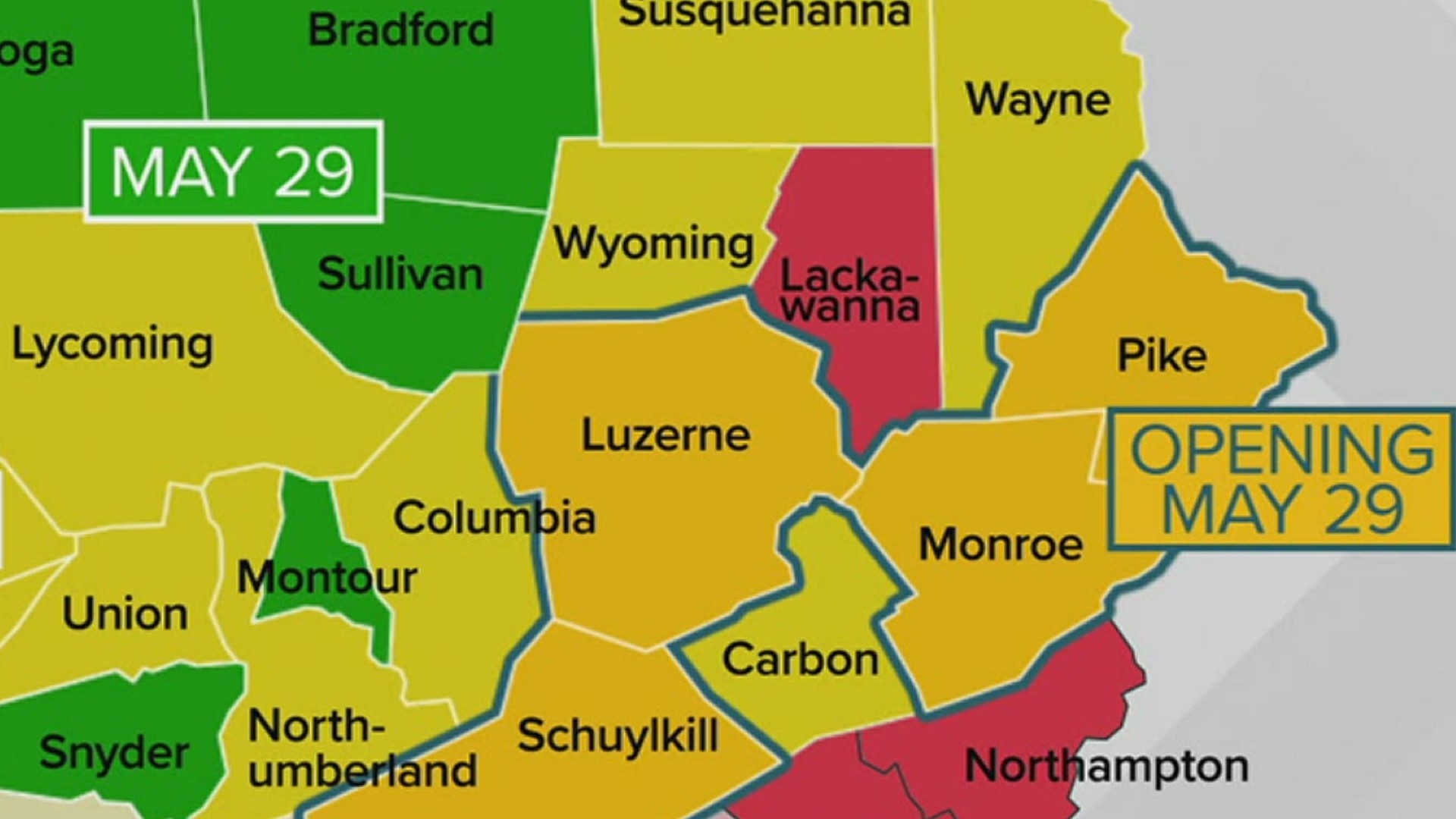 Amid the pandemic many businesses have been forced to close their doors.

Three Saints barbershop and shave Parlor in Jessup is just one of those businesses.

On May 29th all counties surrounding Lackawanna will once again be able to open some business and begin operating with restrictions.

"It's absolutely frustrating that every county that touches and borders Lackawanna county is moving into the next phase. Now, even when we are in the yellow phase barbershops, salons, and spas still cannot open, but nonetheless it' still another step forward," said Michael McAndrew, owner of Three Saint's barbershop and Shave Parlor.

"It's just another blow not only to me here at the barbershop, but the salons, the spas the restaurants the bars, everyone else who still cannot run and operate their businesses. their doors are forced closed," McAndrew.

Bloomin' idiots Floral Garden Center in Old forge is also in the same boat except they may have to close for good.

The Garden Center believes not re-opening Lackawanna county means people will start looking in other areas for what they need.

"You're not going to keep people from traveling outside of the county so, by making everyone around us in yellow, I mean people from Lackawanna county are going to go into those counties. They have been and continue to do it," said Donna Jerorwski, owner of Bloomin' Idiots Floral Garden Center.

While the Three saints Barbershop and shave parlor plans to reopen when they're allowed to, both the barbershop and garden center say the amount of support from the community has been unreal.

"I do wanna say that everybody that has been organizing fundraisers you know thanks to you, you know this area gets a bad rep a lot of times but you can't say enough about people in this area, and when people re in trouble they step right up snd they do they come through," said Jezorwski.

Mcandrew says when it comes to spending money locally, it's simple.

The counties in our area that will move to the yellow phase on May 29th are Luzerne, Monroe, Pike,  and Schuylkill.