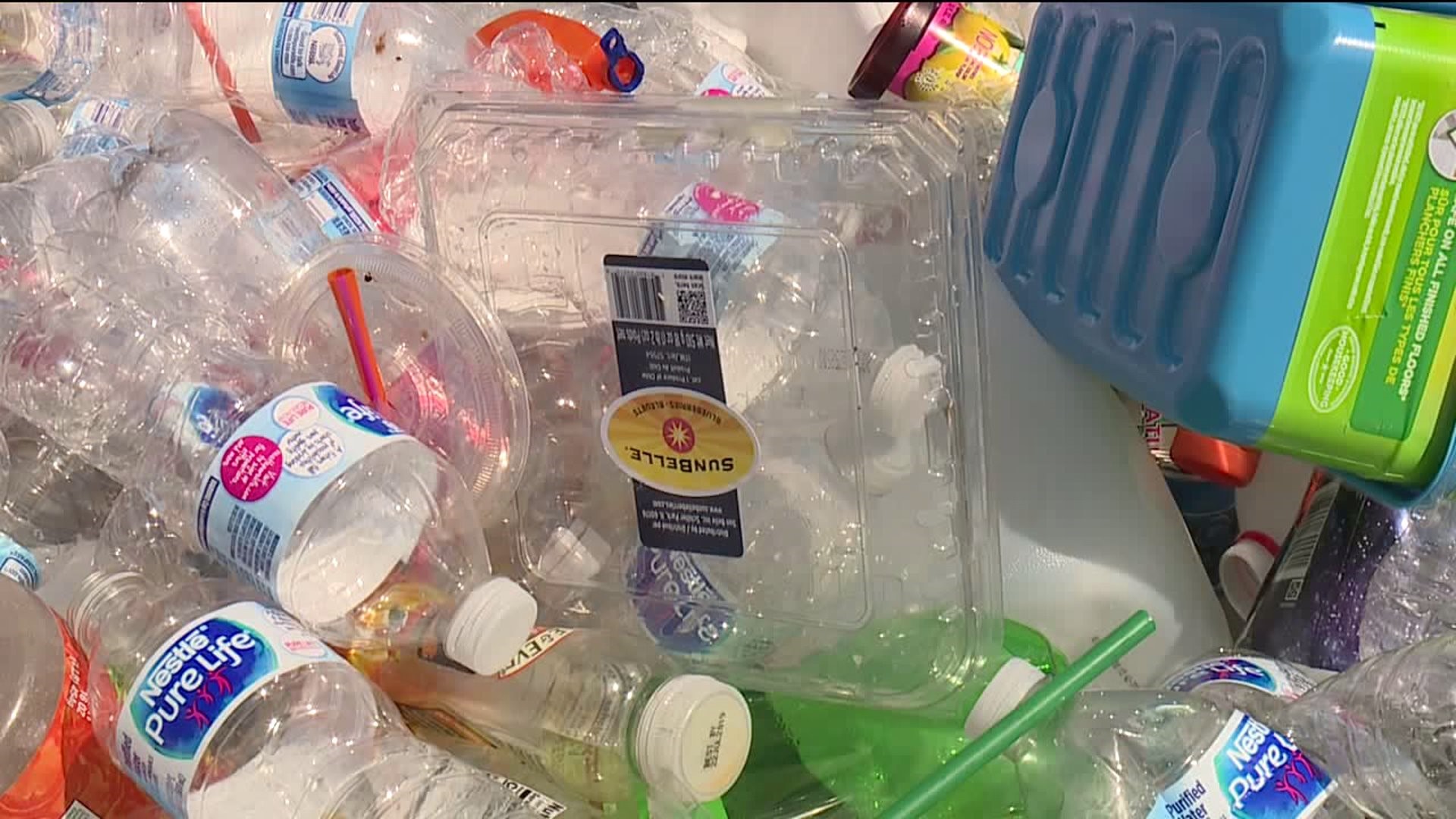 SCRANTON, Pa. -- The Lackawanna County Recycling Center ends up sending dumpsters full of plastics and paper to a landfill.

Officials say that's because so many people send them items that can't be recycled. They're now turning trucks away that are carrying too many trash items.

The Lackawanna County Recycling Center is a busy place with municipal trucks pulling in and residents dropping off their own paper, glass, and plastic.

"I think, by and large, most people know what to put in the recyclable bin, most, but some people forget," said Ken Forbes.

Officials at the recycling center on Boulevard Avenue in Scranton say so many people are forgetting the basics of recycling that they've started cracking down on what they can accept.

"There are some things that you're, and I see them in here, that aren't supposed to be recycled, so I think some people are kind of confused a little," Joan Marie Boyarsky said.

Manager Andy Wascura says workers were spending a lot of time and money sorting out things that should never be put in a recycling bin.

This week, the recycling center started turning away trucks with too much trash. So far, three trucks have been asked to take their load to the landfill instead.

Workers at the Lackawanna County Recycling Center typically fill up one dumpster every day with all of the items that can't be recycled. Then, the workers take it to the landfill.

That was starting to cut in on the Lackawanna County Recycling Center's bottom line.

"It doesn't even pay to pay for the transportation a lot of times, and then China, who took 50 percent of this, they're not taking it now because there's a sort of a war going on with the government and with them," Wascura said.

So now, each truck that visits the center is inspected first.

"We look at what's in the back and if we see where there's a whole lot of things in here which we know we're going to have a problem with recycling, then this is as far as the truck is going to go," Wascura said.

Wascura says plastic bags are a problem and pretty much any plastic that is not a bottle or a jar.

And if we work together, Wascura says, we can make recycling work, too.