Police officers from Lackawanna County help out in Philadelphia 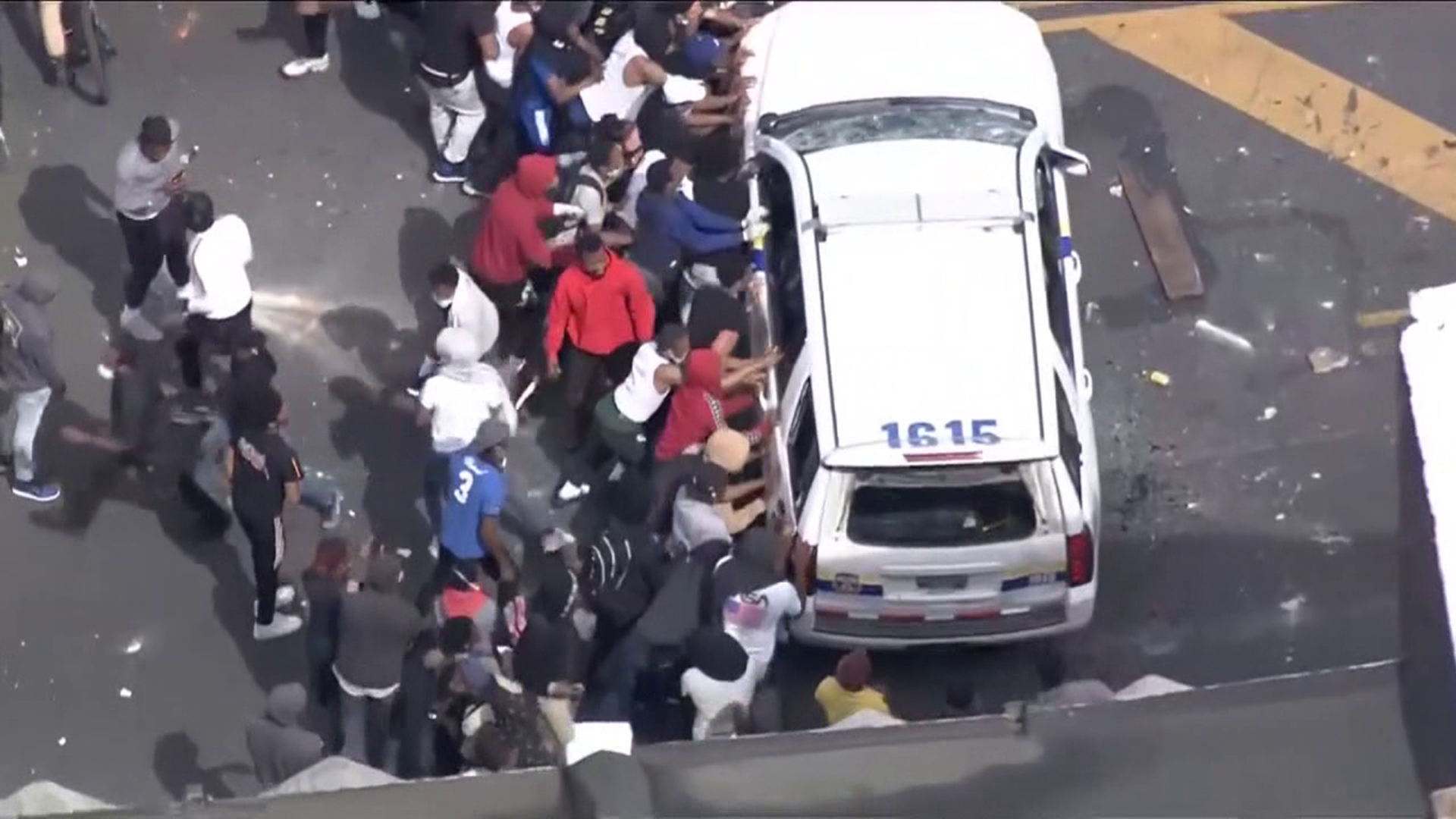 "In my 33 years, I don't ever remember Philadelphia Police asking outside agencies for help," Chief Derenick said.

He joined 21 other officers from boroughs across Lackawanna County, and within hours of that dispatch, they all met at the Viewmont Mall in Dickson City and headed south.

"They said, 'come down immediately, grab some gear, you're meeting at Noon, meeting other agencies in the county, we're all going to head down to Philly,'" said Scranton Police acting Sergeant Mark Kosko.

Kosko said they were asked to put in a 12-hour shift.

Philadelphia Police resources were depleted after more than 24 hours of violence in the city.

"It was eye-opening, we were told by a Lieutenant down there that they had lost 12 cars already that day, he said, 'guys we expect this place to be overrun,'" Kosko added.

"When we were down there, we didn't see any acts of violence; it was just the protest coming through, a lot of chanting. Then you'd get a straggler who would try to provoke the police, you know, to take action. But police were very professional; they were very, very professional from what I saw," Chief Derenick said.

The officers admit it's been a difficult week to be a police officer in this country.

Our own communities saw protests against police brutality and racial bias over the weekend, but those protests remained peaceful.

"When the Philadelphia Police call for help, you know there's something wrong. And our town was never left unprotected, we had more than adequate protection to protect the areas in Lackawanna County. It was just officers who stepped up to the plate and volunteered, it was fellow officers calling for help," Derenick added.

The 22 officers from Lackawanna County got home very early Monday morning after putting in a 12-hour shift.

The officers were from Scranton, Taylor, Blakely, Olyphant, Dickson City, and Old Forge.