ROARING BROOK TOWNSHIP, Pa. —  Sean Quinn, 46,  was arrested Friday and accused of groping a 15-year-old girl at his home in Roaring Brook Township where ... 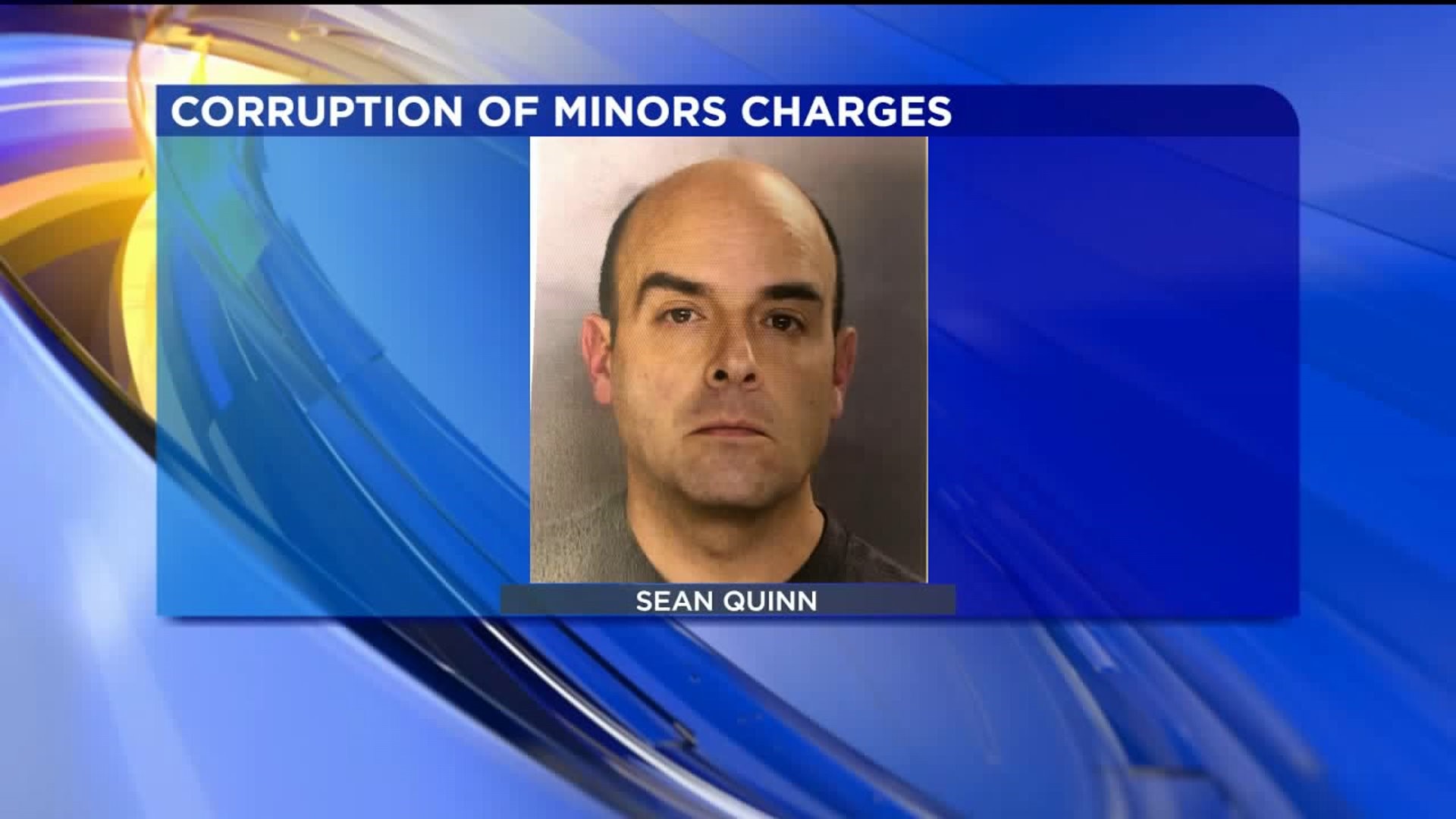 ROARING BROOK TOWNSHIP, Pa. --  Sean Quinn, 46,  was arrested Friday and accused of groping a 15-year-old girl at his home in Roaring Brook Township where she was sleeping over.

Police say Quinn also gave her alcohol and sent her a nude photo of himself that showed his entire face.

Quinn is charged with corruption of minors, unlawful contact with a minor indecent assault and other offenses.

Since Quinn's arrest, Newswatch 16 has confirmed Quinn worked as a dispatcher for the University of Scranton Campus Police.

According to a university spokesman he's been with the school since 2015.

Saturday that spokesman issued this statement which reads in part: The safety of our students and our campus community is of utmost importance to the university.

All university employees go through a criminal background check when hired and the university has policies in place that hold our employees as to the highest ethical standards.

Effective November 22, which was Friday, Quinn has been suspended without pay.

The university has cooperated fully with the state police department in the investigation.

State police tell Newswatch 16 they are concerned Quinn may have other victims and ask anyone who has information to call (570) 963-3156.