SCRANTON, Pa. — Two-thirds of the Lackawanna County board of commissioners were voted out earlier this year and the outgoing commissioners saw the 2020 bu... 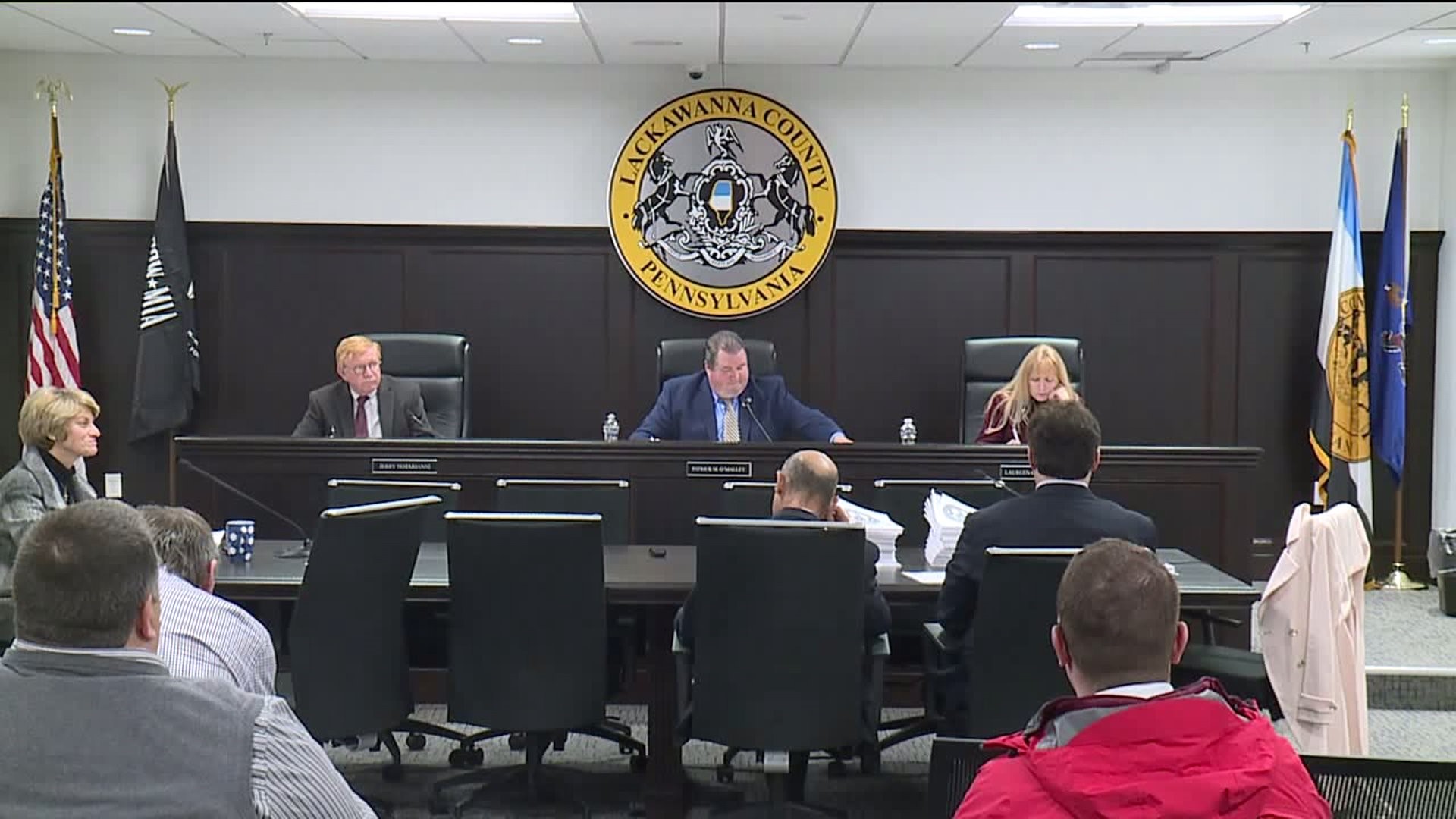 SCRANTON, Pa. -- Two-thirds of the Lackawanna County board of commissioners were voted out earlier this year and the outgoing commissioners saw the 2020 budget as a way for them to leave a mark before leaving office.

The commissioners passed a budget at their meeting Wednesday morning, but it didn't pass without some drama.

Lackawanna County commissioners had two versions of the budget to vote on -- one that kept taxes steady, one that included a tax cut.

Ultimately, the budget without the cut passed, but commissioners let insults fly over years of disagreements.

Four years' worth of disagreements between Commissioners Pat O'Malley and Jerry Notarianni boiled over during the final vote on the county's 2020 budget.

Ultimately, the two voted together against a version of the budget that would have cut taxes for property owners.

It's likely O'Malley and Commissioner Laureen Cummings' last major vote before leaving office at the end of the year. Neither held back their discontent for how the election season shook out.

Commissioner Notarianni will remain on the board, part of a new Democratic majority that takes over in January. He had hoped the new commissioners would be able to vote on the 2020 budget.

"We can open the budget at any point anyhow, afterwards," said Notarianni.

"Is that something that you plan to do?"

"I would think yes, but again, you need two votes, that's what makes this interesting," Notarianni replied.

Some taxpayers showed up to the meeting to see if the commissioners would actually vote for a tax cut, something Cummings said she had hoped to pass before leaving office.

"If it's for the better, my paying taxes, but it seems to just go to waste, you know? From my experience," said Bruce Ambrose from Moosic.

Since Commissioner Notarianni plans to reopen the budget at the beginning of the new administration, it's possible that all the fighting at this meeting was for nothing.