SCRANTON, Pa. — Lackawanna County commissioners call the four blocks around the courthouse in downtown Scranton a showcase area, but they say the only thi... 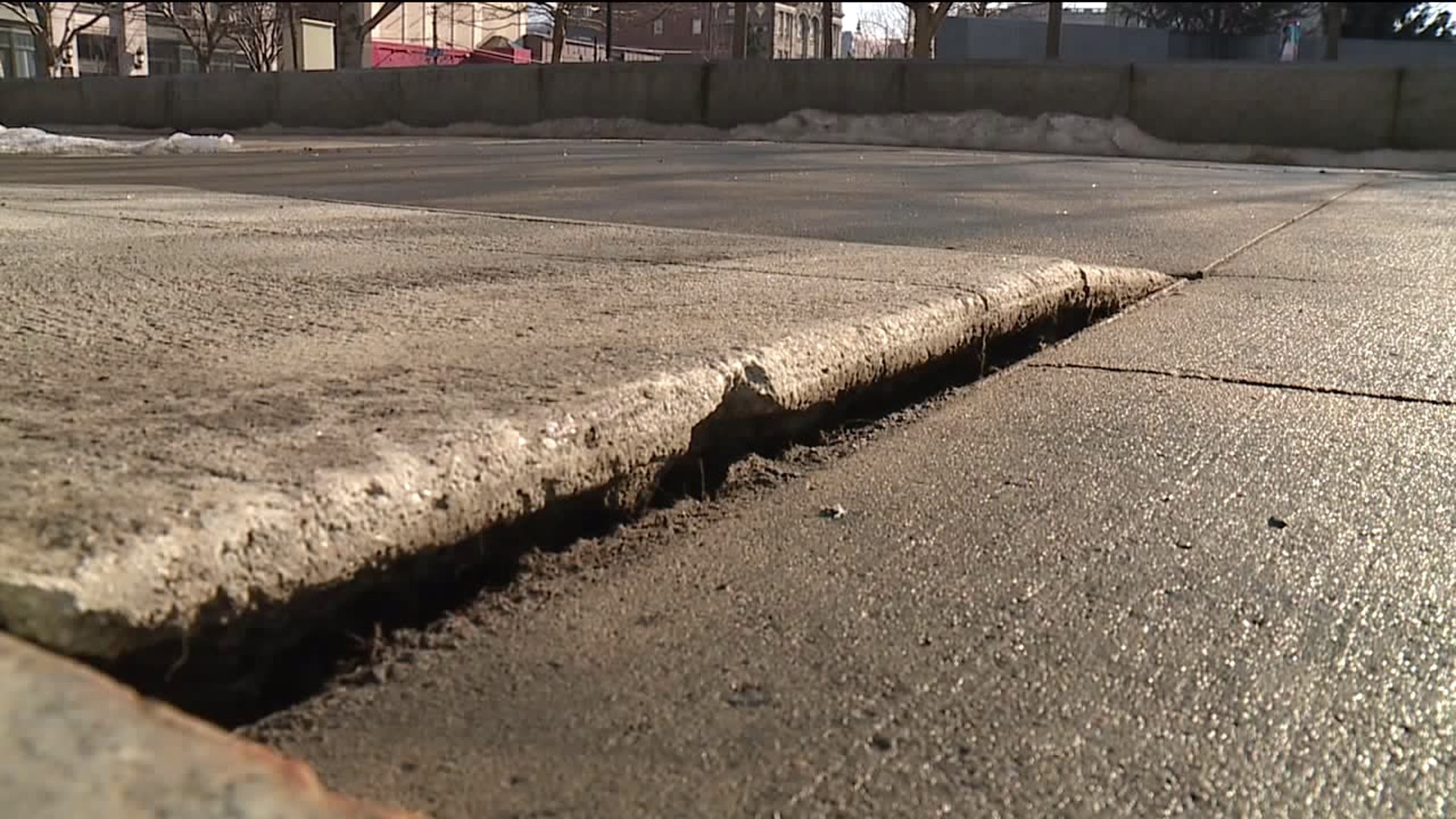 SCRANTON, Pa. -- Lackawanna County commissioners call the four blocks around the courthouse in downtown Scranton a showcase area, but they say the only things missing are sidewalks that reflect that.

"That's not good, especially when your shoes get caught inside these cracks here," said Scranton resident Vendela Rockefeller.

On Monday, county commissioners approved an $830,000 project to replace the sidewalks around the courthouse. The project is scheduled to start sometime this spring but will be dependent upon the weather.

"That's one of the things we want to get done because we have the festivals and everything else going on, so I'm hoping it's more of a four-month schedule, and we're not doing it all at the same time," said county engineer Gary Cavil.

The last time the sidewalks were replaced was when the courthouse was redone more than 10 years ago.

"The sidewalks, they just deteriorate. It's mostly a maintenance issue. Maintenance has been taking care of it, but you can see the patches all along it and it will look much better when everything is done," Cavil said.

County officials say salt is a big part of why the sidewalks deteriorated as much as they did, but patchwork isn't cutting it.

"It's a beautiful courthouse, so let's make it safer. There's a lot of handicapped people in Scranton."

The project will be done in stages so the four blocks won't have to be closed entirely to walkers and other folks who spend time on Courthouse Square.