SCRANTON, Pa. — The Lackawanna County Commissioners have approved a budget for 2020 containing a tax hike. 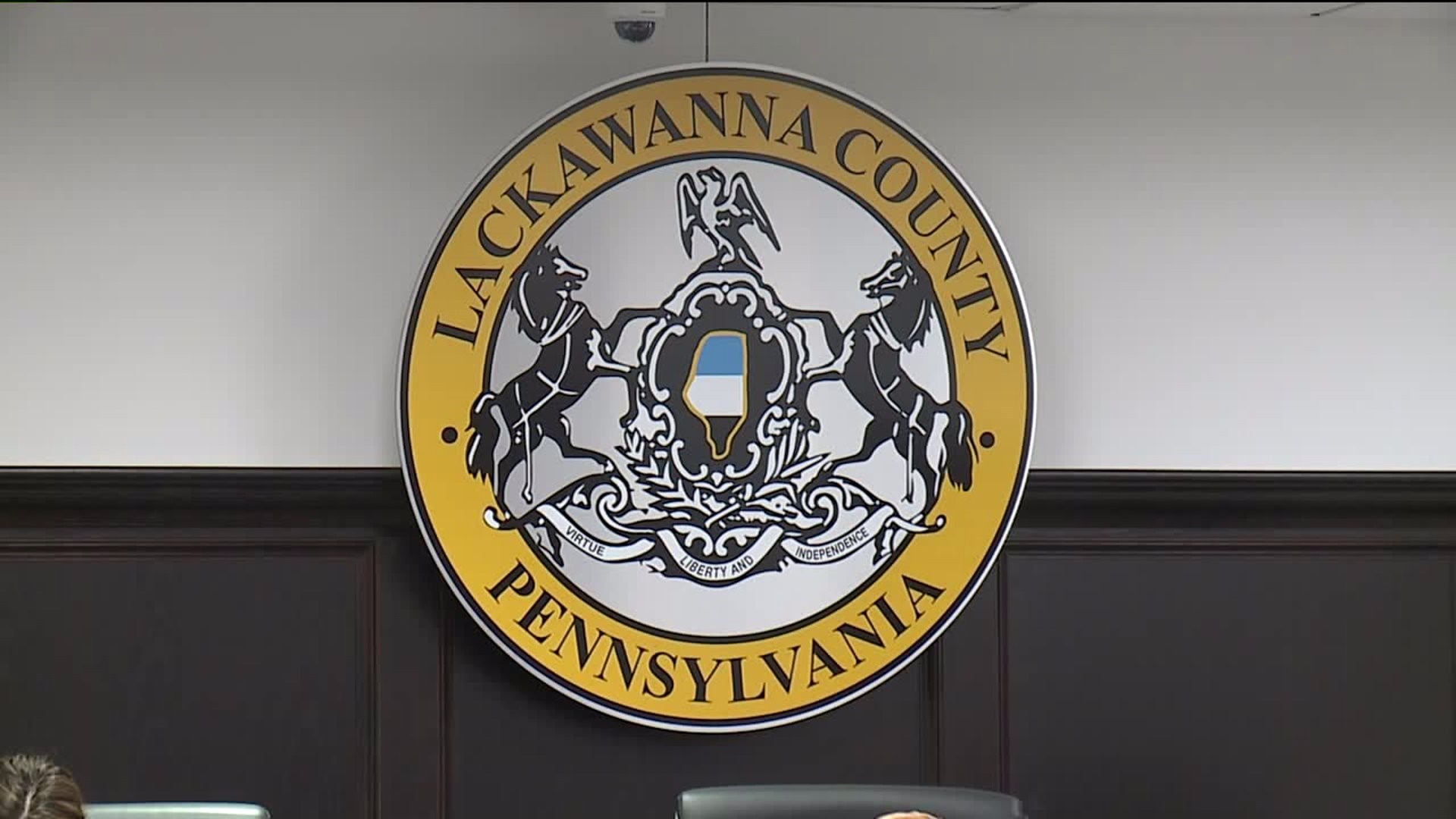 SCRANTON, Pa. -- The Lackawanna County Commissioners have approved a budget for 2020 containing a tax hike.

That property tax hike will mean about an extra $80 this year for the average homeowner in Lackawanna County.

The increase did not pass unanimously and not without some outcry from taxpayers who attended the commissioners' meeting.

Lackawanna County taxpayers may have thought they were getting away without a tax increase this year, but the new board of commissioners voted to increase property taxes by 11 percent, amending the 2020 budget passed last month by the previous administration.

"Everybody don't have a pension. Good if they have it, fine. But you have a hell of a surplus there, uses the surplus, don't raise the taxes," said Madison Township resident Ralph Antidormi.

"I just wish I could understand why you're doing this and I can't from this material, and I hope you do better," said Scranton resident Marie Schumacher.

Board President Commissioner Jerry Notarianni called for the increase because the 2020 budget had an $8 million hole, including $5 million of cost overruns from renovating the former Globe store in Scranton into the Lackawanna County Government Center.

Commissioner Debi Domenick was the only dissenting vote.

"In order to protect the residents, which, in my opinion, is our first and foremost obligation as elected officials, I'm going to vote no against the tax increase," said Commissioner Debi Domenick, (D) Lackawanna County.

The county tax increase works out to about $80 a year for the average property owner.

Domenick says she voted no, in part, because taxpayers in Scranton will be hit especially hard this year.

The county has a savings of almost $20 million, but Commissioners Notarianni and Chris Chermak feared digging into the savings now could have dire consequences down the road.

"This is a really hard decision for me to make. This is not what I was hoping I was going to have to look at the first couple weeks, or the first day that I got in here, but you know what? You've got to face facts," said Commissioner Chris Chermak, (R) Lackawanna County.

The commissioners say they needed to vote on the tax increase now, only a few weeks into their administration because the tax bills are in the process of being printed.

The commissioners already passed a 2020 budget in November. When that happened,  Commissioner Jerry Notarianni said he planned to reopen the budget at the beginning of the new administration.