PECKVILLE — A family from Lackawanna County is receiving some national attention for its over-the-top holiday light display. A crew from ABC’s ̶... 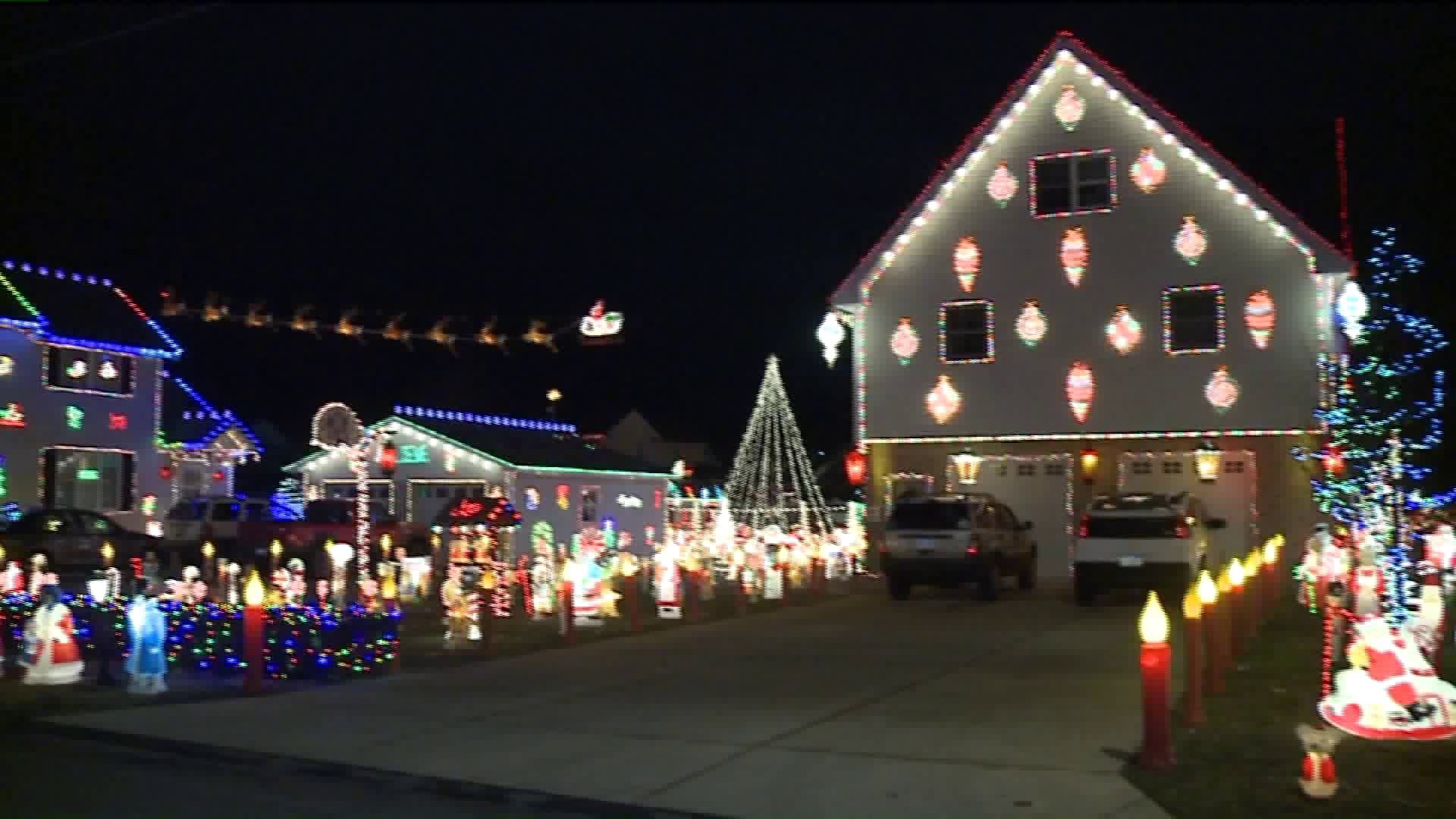 PECKVILLE -- A family from Lackawanna County is receiving some national attention for its over-the-top holiday light display.

A crew from ABC's "The Great Christmas Light Fight" is in Peckville this week for a competition that the Harhut family has spent decades preparing for.

Christmas came early to Marion Street in Peckville, but for neighbors and brothers Matt and Jeff Harhut, it never really goes away. Their passion for Christmas lights started when they were kids.

"We started by putting lights around the windows, around the doors, then my brothers and me, we got this big idea -- let's go bigger! And that's what we did!" said Matt Harhut.

The display has grown a lot over those nearly 30 years. So much, that it's now receiving national attention.

December 11 at 8:00 PM, the ABC show "The Great Christmas Light Fight" will feature the Harhut's display in an episode.

The brothers had to start assembling it extra early this year. We've promised not to reveal too much of the light display until the episode airs.

It takes them a total of two months to arrange more than 1,000 light-up figurines called blowmolds.

"We have a map right here, right in our head, we know. But, a lot of the groups we move around, a lot of the stuff we try to move it around every year," Jeff Harhut said.

Their blowmold collection is a nod to Christmas nostalgia; some of them date back decades.

"We're at yard sales, we're at the flea markets, we're on the internet. We're everywhere looking for this stuff. And when we find a piece we don't have, it's exciting, it really is. it really pumps me up!" Matt said.

If you visit, you may even recognize some features. The brothers buy old decorations from boroughs in our area.

Their neighbors don't seem to mind that the display is up even before Halloween. The Harhuts will find out in December if they've won the TV show's $50,000 prize.

"It was very exciting to get that call from ABC, because not only are we known locally now, it's national. It just means a lot more people will know about it and we can spread the cheer to that much more people," Jeff said.

Don't forget to tune in to WNEP on December 11 at 8:00 PM to see "The Great Christmas Light Fight" featuring the Harhut family.