SCRANTON, Pa. — Andy Wallace, the chief of staff for the Lackawanna County commissioners, is not at work on Wednesday. County officials placed Wallace on ... 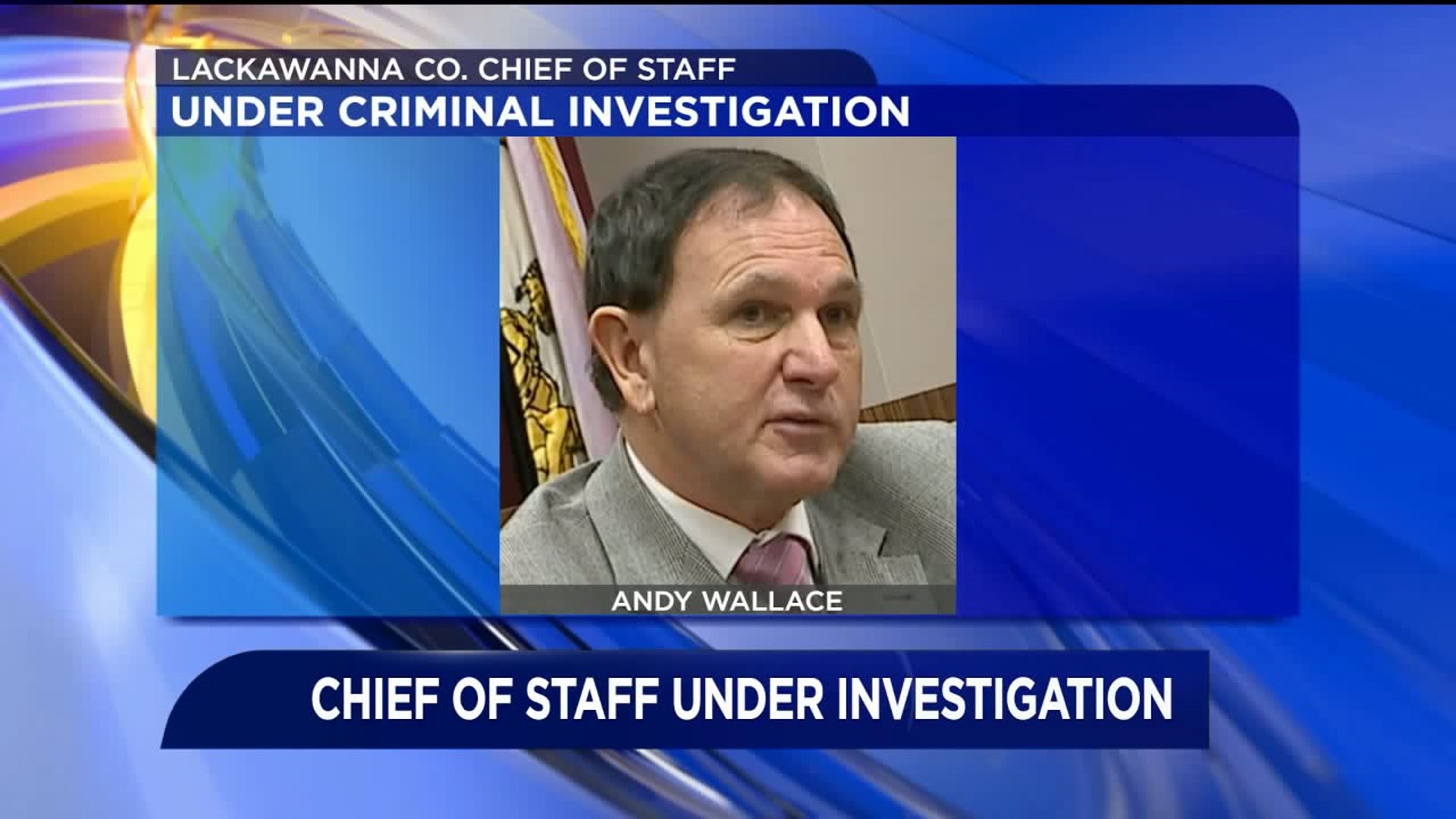 SCRANTON, Pa. -- Andy Wallace, the chief of staff for the Lackawanna County commissioners, is not at work on Wednesday.

County officials placed Wallace on administrative leave one day after we learned Wallace is the target of a criminal investigation in Archbald.

Under the terms of his administrative leave, Wallace continues to get paid but he is not allowed here in the county administration building.

Wallace has been locked out of the county computer system and his county-owned laptop now sits in his office in downtown Scranton.

"I think he has the right to due process. I do believe that," said Lackawanna County Commissioner Jerry Notarianni, when asked if he thought Wallace should resign.

Like others in county government, Notarianni is waiting to see what allegedly happened at the P&R discount grocery store in Eynon.

Store surveillance cameras outside and inside captured images that Archbald police put on their Facebook page Monday.

Police claimed this man later identified as Wallace was wanted for "an incident."

"We are actively investigating a report referred to my office by the Archbald Police Department alleging a criminal act by Lackawanna County Chief of Staff Andy Wallace. I want to emphasize Mr. Wallace will receive no preferential treatment because of his position as a public official."

"He's sworn in by a judge. He signs documents on behalf of the county," said Notarianni.

"We have to move forward, but it's difficult to do when you have this kind of situation happening on a relatively regular basis," Notarianni said.

The Archbald police report has not been made public yet. The key questions that remain: what happened at that grocery store in Eynon, and why did Wallace go to a discount grocer so relatively far from his home near Clark Summit, or his workplace in downtown Scranton.