Last Minute Brewing in Scott Township will sell a new craft brew in honor of Lexi Caviston, who passed away from a rare form of brain cancer last year. 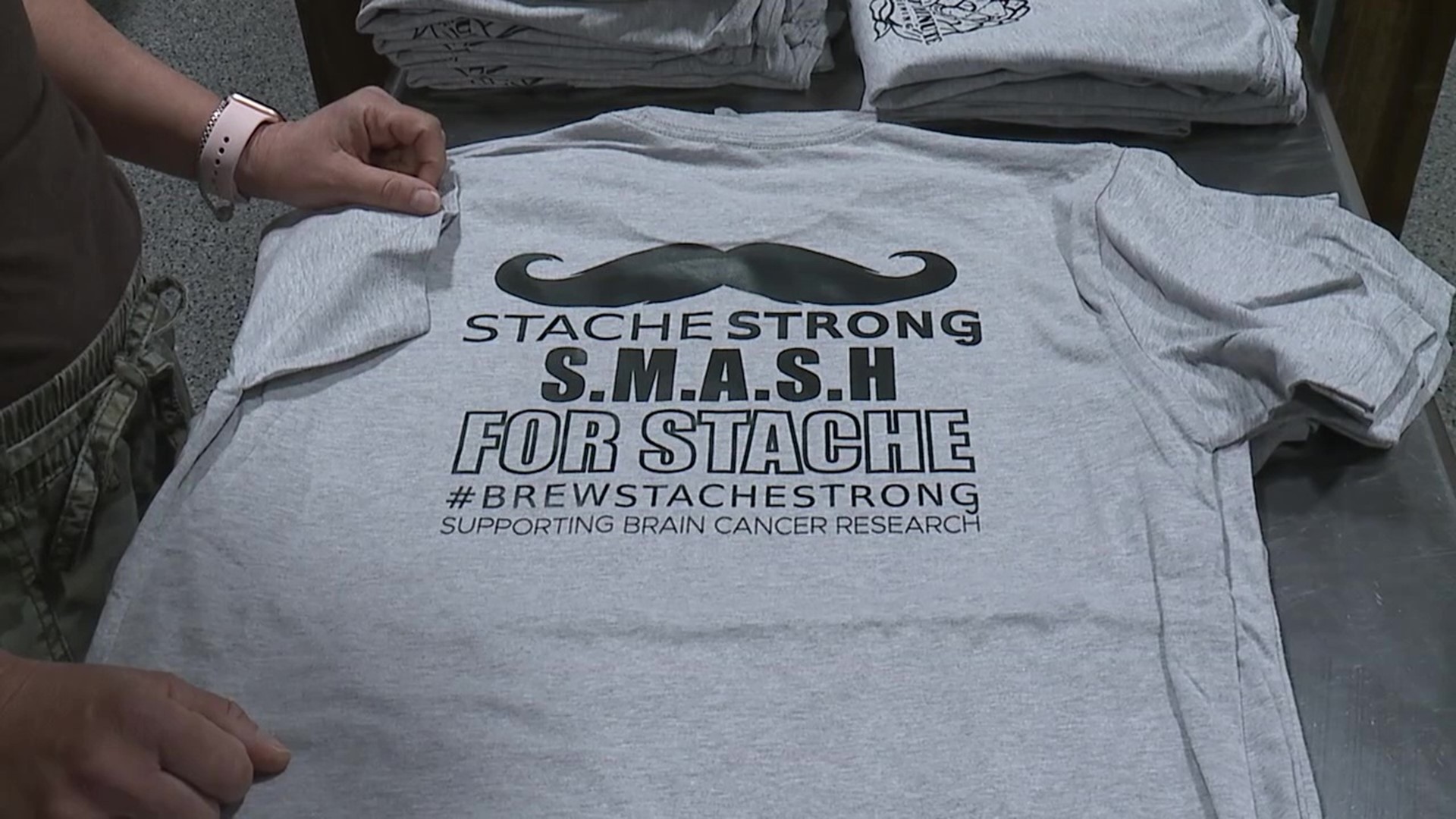 But the one they're working on now at their brewery near Montdale called the S.M.A.S.H. for STACHE is special.

S.M.A.S.H. stands for the single malt and single hop brew. STACHE - for an organization called Stache Strong, a nonprofit based in upstate New York that's dedicated to brain cancer research and awareness.

"A friend of mine, Paul Caviston, who I've known for a long time, he and his son Ryan approached us with this idea. They're involved with this organization, and we were humbled and honored to do it," said Stein.

Our viewers will likely remember the Caviston family from Scranton.

23-year-old Lexi Caviston-Ashwar's fighting spirit touched the lives of countless people across the country during her three-year battle with glioblastoma.

It's a story that Colin Gerner, the founder of Stache Strong, knows well. His brother passed away in 2019 from the same disease. The two families met through appearances on ABC's The View.

"My brother and her were both similar in age, similar in fight, similar in smile, and it brought our two families together during obviously one of the darkest times possible, but there's no better family to be alongside you in the fight against this than the Cavistons," said Gerner.

"We're currently calculating over 250,000 pints will be served, and that number continues to grow as we get confirmation from different breweries, but that's a lot of eyes and mouths that will learn about our mission," said Gerner.

Here at Last Minute Brewing, the special brew will be released at an event on the first weekend of May.

"It means a lot to us. We like to brew beer, and we try our best with every batch, but this is something special," said Lastauskas.

The brewers at Last Minute couldn't show us the label for the can dedicated to Lexi yet, but they did tell us it will feature sunflowers, which Lexi loved.