The 12-week-old pup was found in the woods not far from the crash site. 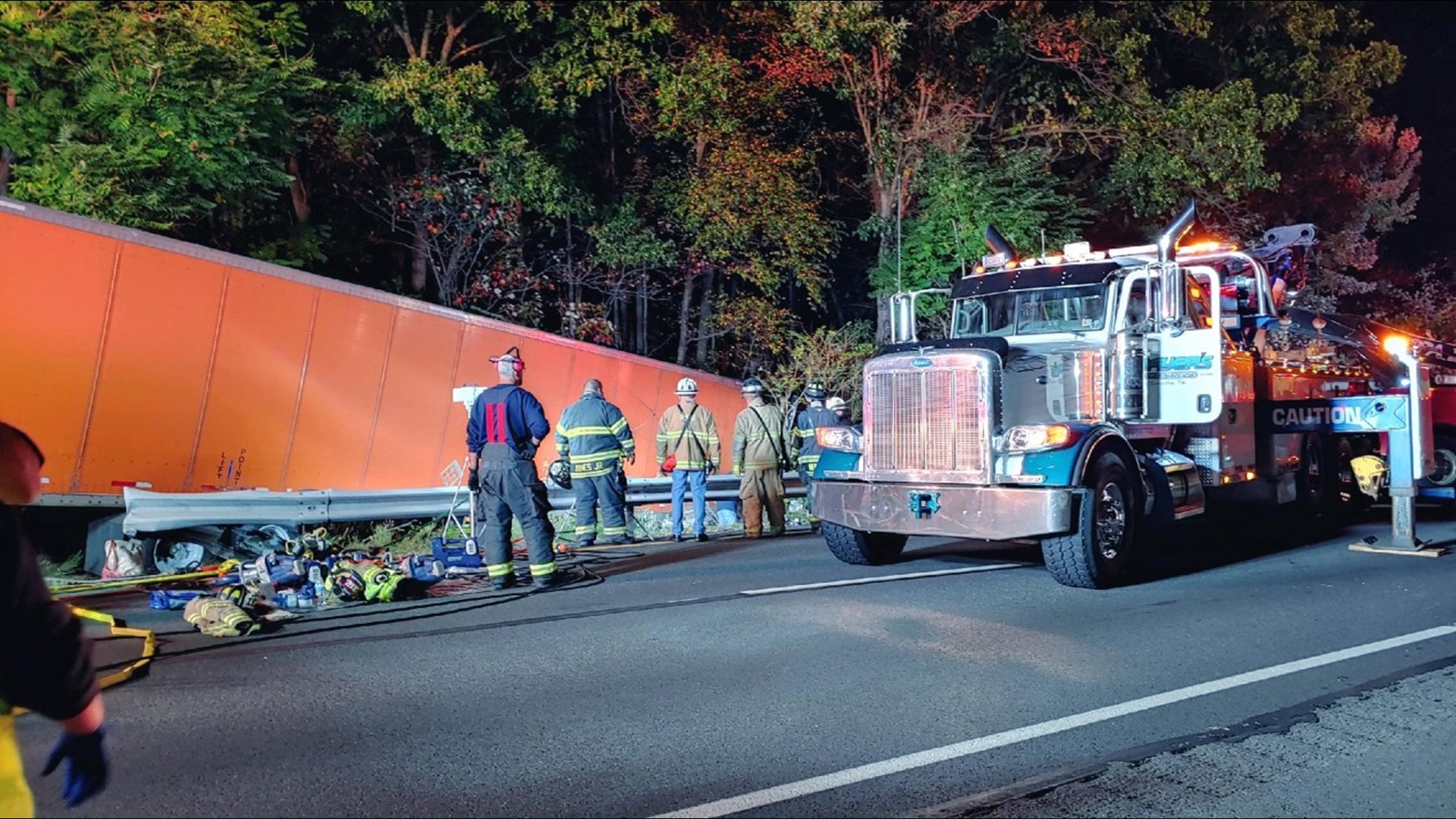 Luzerne County Pet Recovery Services say they have found the dog that went missing following a fatal crash Wednesday night in Lackawanna County. The dog was found barking in the woods off of Rocky Glen Road in Moosic. The 12-week-old Akita named Diamond is reportedly back with her family and doing well.

Interstate 81 northbound was shut down in Lackawanna County after a deadly tractor-trailer crash.

The tractor-trailer rolled down an embankment around 11:30 p.m. Wednesday near mile marker 180 in Moosic and landed on a car, crushing it.

Investigators said the driver of the car, Raven Lee, 26, of Philadelphia, and passenger Chaz Bastone, 32, of Dickson City, both died.

The driver of the tractor-trailer is OK.

Friends and family of the victims say a dog — a 12-week-old Akita named Diamond —was in the car at the time of the crash and is missing. You are asked to contact state police if you find the animal.

Both lanes of Interstate 81 north were closed from the Moosic exit (180) to the Davis Street exit (182). That's about a two-mile stretch.

Because of that wreck and investigation, people were trapped in traffic for hours. Many were still stuck on the interstate Thursday morning.