The Scranton Central Labor Union held its annual holiday ceremony on Monday to commemorate the history of unions in our area. 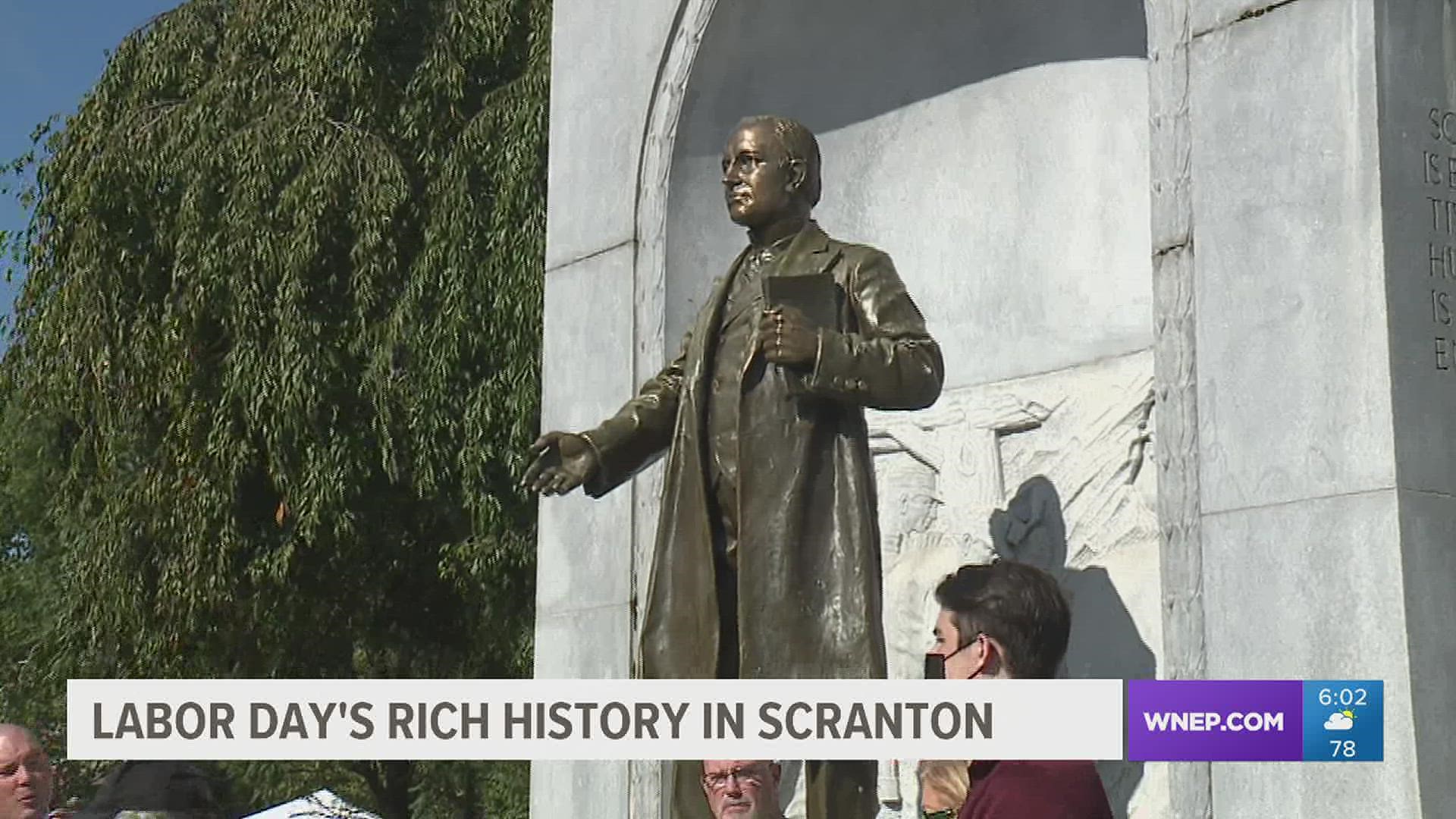 SCRANTON, Pa. — On Labor Day, the Adams Avenue side of Courthouse Square in Scranton is hallowed ground.

At the foot of the John Mitchell statue on the square, the Scranton Central Labor Union met on Monday morning for its annual holiday ceremony.

Mitchell represented the coal miner's union at the turn of the century. He helped facilitate the negotiations that ended the 1902 coal strike in our area and started the labor movement.

To today's union members, the holiday means just as much now as it did back then.

"I think it's just evolved a little bit; it's not what it was a long time ago. It's evolved into a recognition of working standards and a time for people to reflect on the year," said Bill Cockerill of the United Way.

Former Scranton Mayor Jimmy Connors and his wife Susan were honored at the ceremony for their contributions to unions in Scranton and Lackawanna County.

"I was a union member, and I'm still a member of the retired teachers union and active in that group as its treasurer. So, on Labor Day, it is that much more special," Susan Connors said.

The Scranton Central Labor Union said it has seen its enrollment numbers rise in the past few years.

"8, 9 percent of Americans are unionized, at one time when the industrial age was coming up it was more like 40to 50 percent. People realize that in the long haul, you wouldn't have what you have as a general worker, non-unionized if it wasn't for a unionized shop," Eric Schubert, the organization's president, said.

While Labor Day has roots in Scranton's industrial past, the people at the ceremony said it's also a part of the city's future.