Kitten rescued from under the hood of a car

An auto repair shop in Lackawanna County had a job that was a little different from the daily grind. A four-legged friend was rescued from inside a car's engine bay. 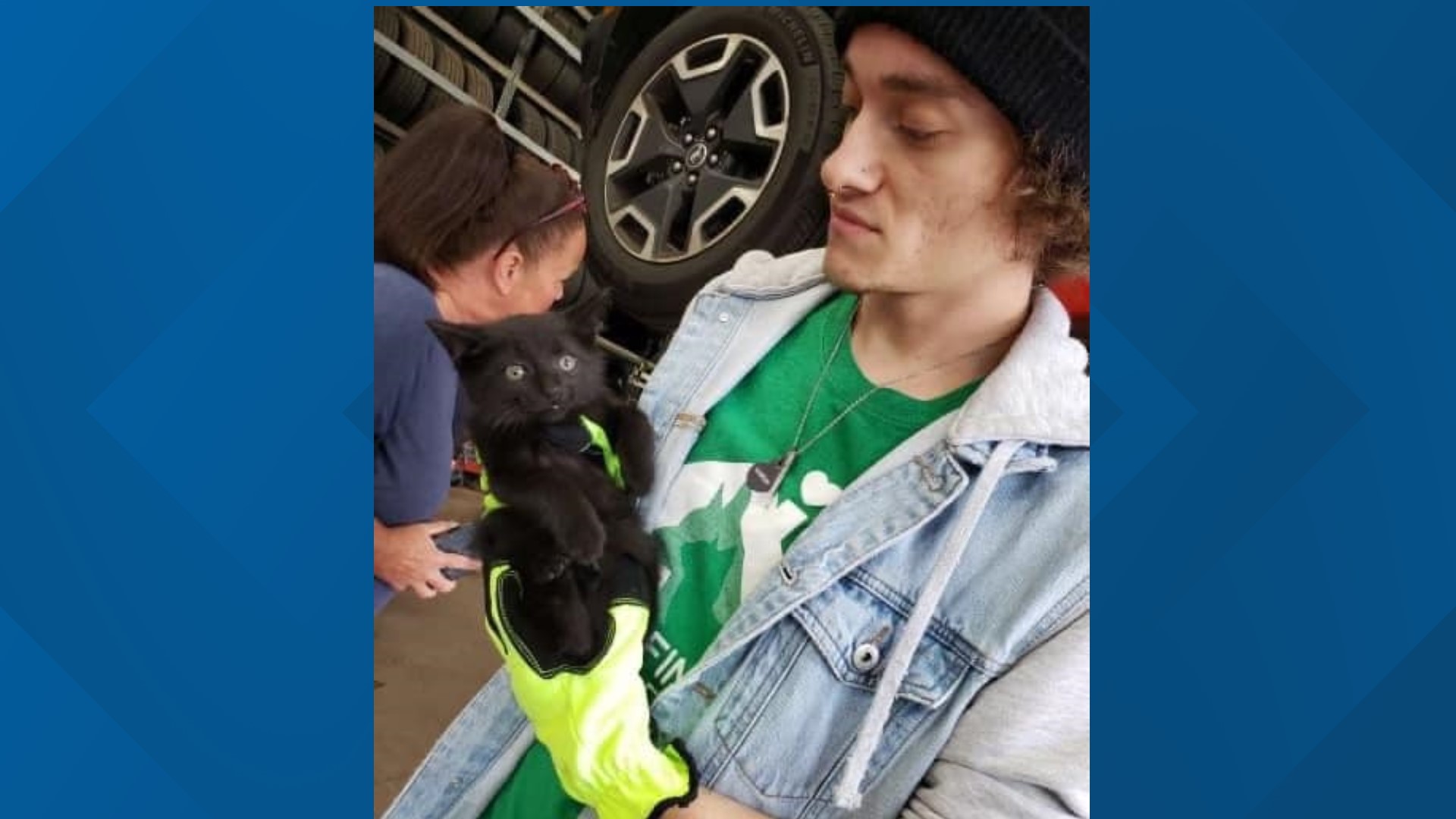 DICKSON CITY, Pa. — The guys at this Jack Williams Tire & Auto Service Center in Dickson City have pulled a lot of strange things out of cars.

But this was a first for technician Matt Bednash.

"I was working on a car, and there was a Ford Bronco outside with a bunch of people standing around it, and my coworker came up to me, and he told me, 'There's a cat stuck in the engine out there. They want to know if you can help,'" Bednash said.

With a little handiwork, the 2-month-old kitten was freed. She was scared, but luckily she wasn't hurt.

The cat's luck didn't run out after it was pulled from the car and taken to Griffin Pond Animal Shelter.

"Funny thing is, the Good Samaritan who reached out to us, her daughter-in-law, has actually taken in stray kittens and got them fully vetted and adopted them out herself. So it was one of those funny things where somebody who's experienced doing this who were working with to make sure she's fully vetted and we'll finalize her adoption here hopefully soon," said Alexandria Cruz, a medical assistant at Griffin Pond.

Cruz says it's not as unusual as you might think for stray cats to seek shelter inside cars.

"Especially this time of year once the weather starts to decline and the temperatures drop, cats start to get into crevices and spaces to get warm, especially to get off the ground because that's where a lot of the cold comes from in the environment, and to get warm."

Fortunately, this kitten now has a new home and a new name—Jackie—after the people who helped rescue her at Jack Williams.