JESSUP, Pa. — A popular playground in Lackawanna County is off limits. Officials in Jessup say an aging playground may have some structural issues. Jessup... 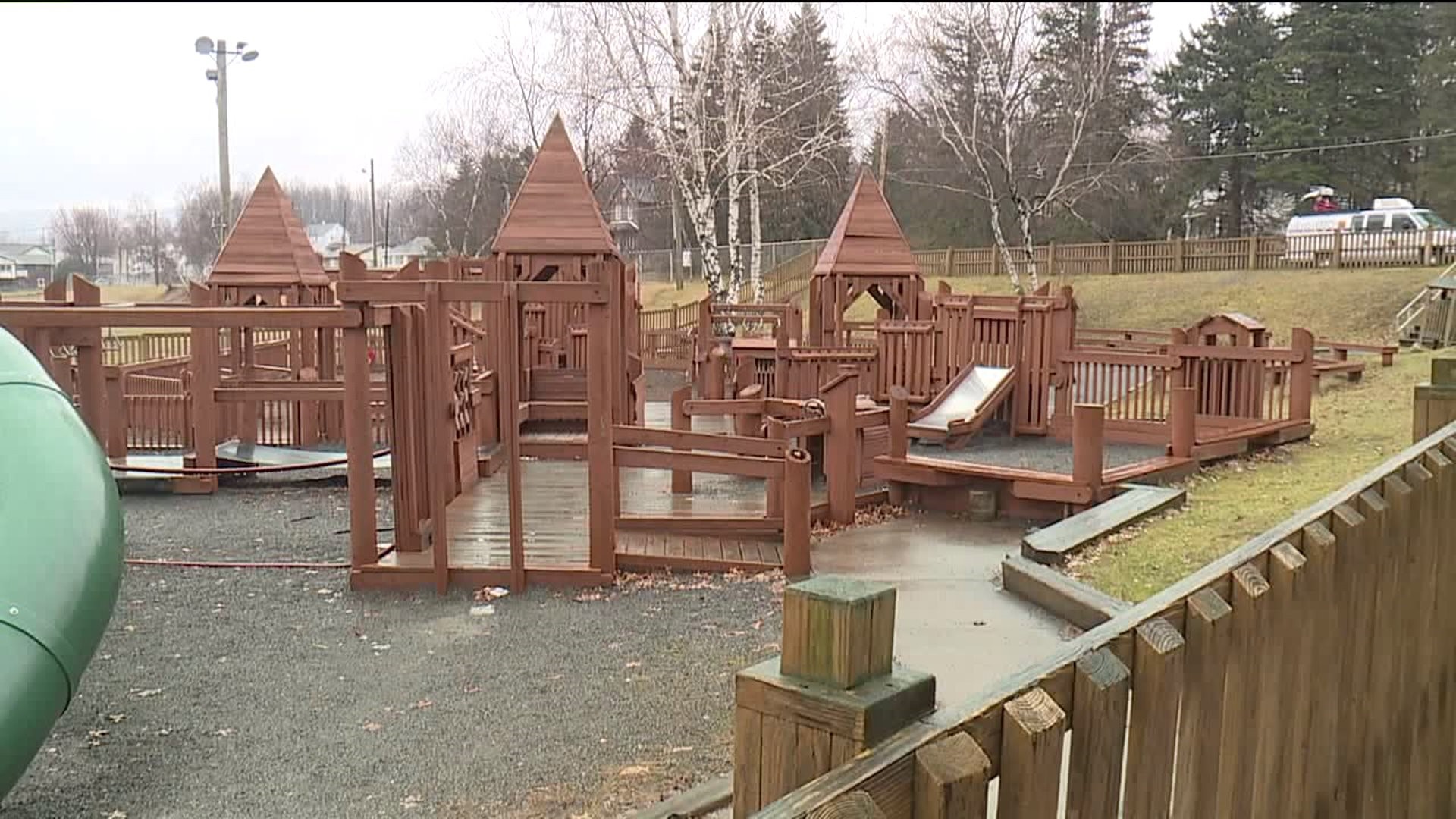 JESSUP, Pa. -- A popular playground in Lackawanna County is off limits. Officials in Jessup say an aging playground may have some structural issues.

Jessup DPW workers and a team of building inspectors were the only ones allowed on the borough's Kids Korner playground near Memorial Field on Erie Street.

Jessup borough council voted this week to close the playground so that it could be checked for structural problems.

"We all have maintenance in life, so I'm sure it needs a little bit of maintenance," said borough resident Joseph Pilato.

Folks having a bite to eat at Keystone Restaurant weren't surprised to hear about the playground's closure.

"It was sort of a new idea at that time, I think it was one of the first ones that we had seen around here anyway. It was a real asset for the community, but it's starting to show its age," Mike Walsh said.

Jessup borough officials say any repairs here will likely just be buying them time. There's a long-term plan to completely replace the playground.

For now, they're looking for any rotted-out wood or broken bolts. The borough and some community groups have plans to replace Kids Korner in about two years.

"If we can find the money, I think we all need to sit down and figure it out," Pilato said.

People we talked to say a new place to play would be a worthy investment.

"I think whatever needs to be done, it's worth the trouble and the expense of doing it because it'll be for the new generation of kids. They grow up fast," Walsh added.