Keystone Students Reminded to ‘Take What You Need’ 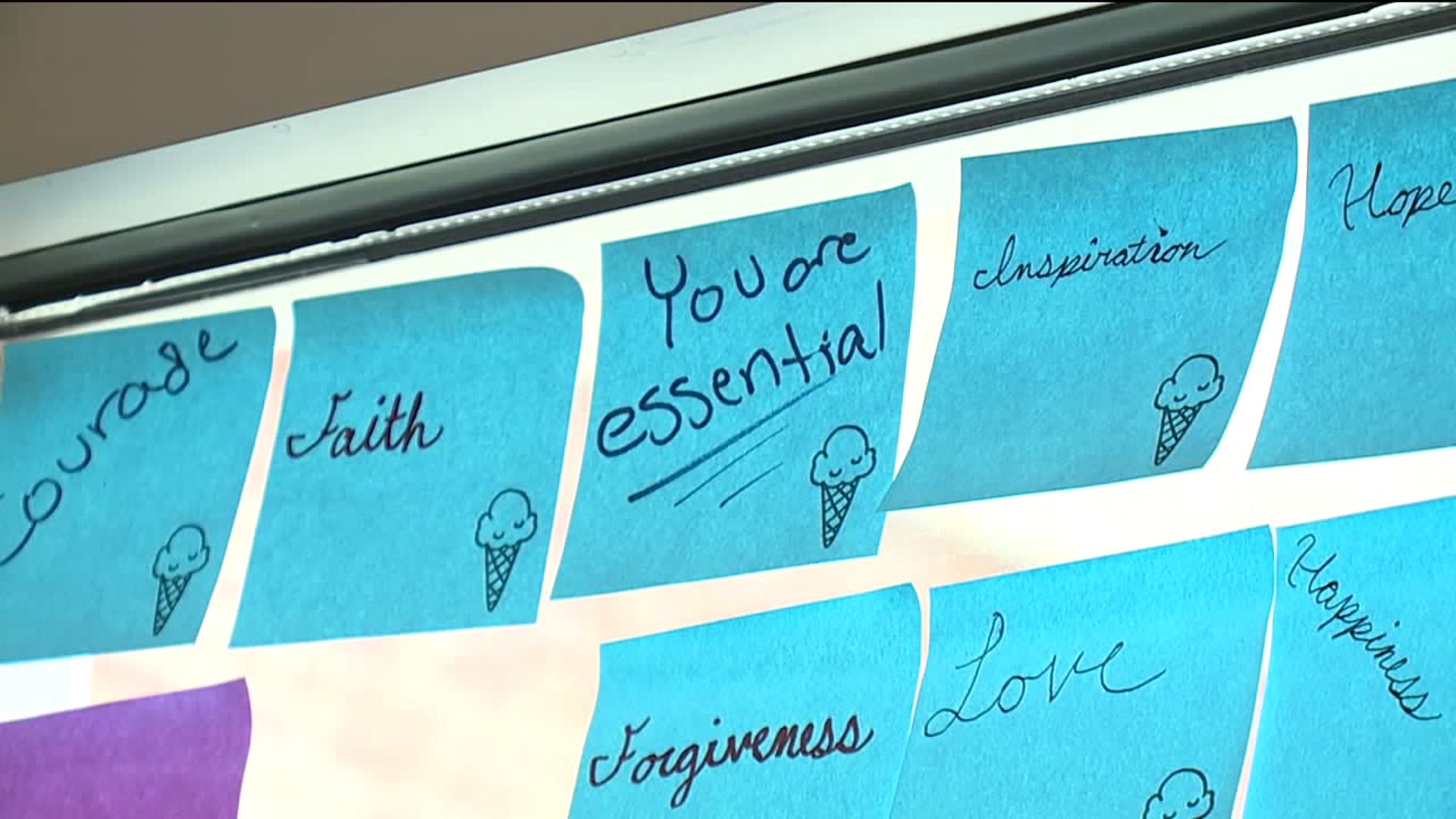 KEYSTONE COLLEGE, Pa. -- Students at Keystone College are spreading mental health awareness during Suicide Prevention Week and they're doing it with Post-It Notes.

Devin Barut is a freshman at Keystone College. He was walking through campus on Friday when he noticed a wall in the Hibbard Campus Center.

It's called a "take what you need wall" and it's part of a weeklong series of events in Suicide Prevention Week.

Students at Keystone College put together this Post-It display for Suicide Prevention Week. A good reminder to be aware of what your mind and body needs. pic.twitter.com/O35pRwxKSY

The idea behind the wall is to take a sticky note that represents something you need, such as a vacation, and use it as a reminder whenever you need it.

On Tuesday, the wall was full, but now, there are plenty of empty spaces.

"I've seen a lot on people's notebooks, laptops, book bags, things like that, so it's starting the conversation at Keystone, which is nice," said organizer Abby Richter.

"I also work in the Student Activities office and one of our work-studies, he took one and said, 'Oh, my gosh, I actually need this right now,'" said junior Scarlet Bujols "In my case, I took the word 'dream' because I have a lot of dreams and I want to accomplish them."

Senior Tristin Williams studies public health and psychology at Keystone College, so mental health and well-being are important to her.

"Personally, I think that it should be up all year round and they should keep putting new ones up. I think everybody, no matter what the year is, what the time is, everybody needs that little reminder of 'hey, you know what, here's a little pick me up, you're going to do OK, and the next day is coming,'" Williams said.

The wall was put together entirely by student volunteers. The goal of the week was simple.

"Making them smile, making them feel very important because those little interactions can make such a big difference," said junior Jackie Chavez. "I actually, personally know someone who committed suicide and I wish they had this kind of support."

Whether it's a simple reminder to get more sleep or reminding someone they're important, the students at Keystone are spreading positivity and maybe even saving a life.

It’s National Suicide Prevention Week and students in Keystone’s Science Living and Learning Community are spreading positivity and self-empowerment with a Take What You Need Wall outside of Evans Hall in the Hibbard Campus Center #nationalsuicidepreventionweek2019 pic.twitter.com/eR7LwICRrK