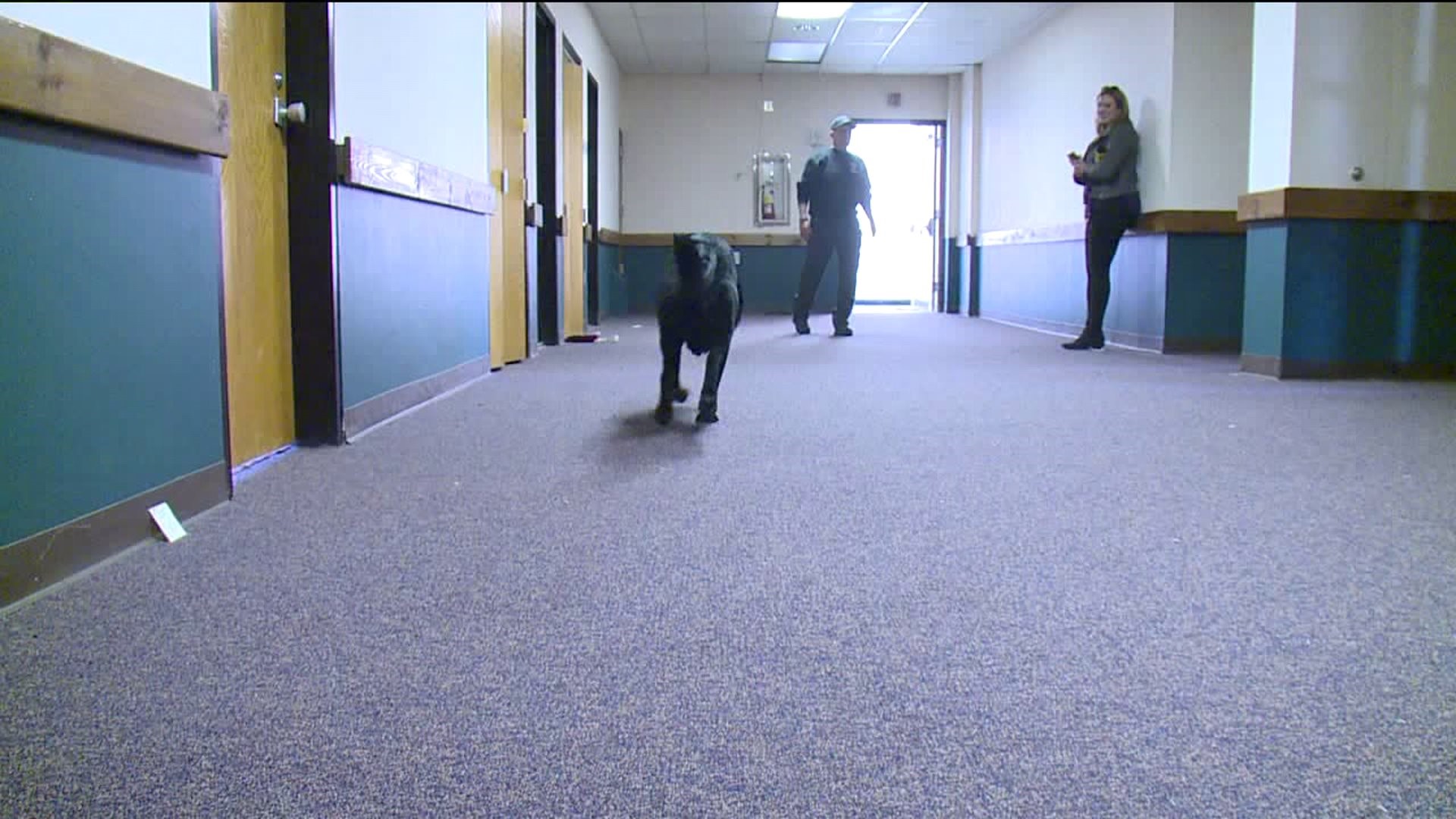 SCRANTON, Pa. -- K-9 officer Riggs and his partner, Detective Vince Butkiewicz from the Lackawanna County District Attorney's office, let us tag along during a day at work.

Riggs is training to sniff out traces of heroin.

Riggs has an important role for the office's narcotics division, but unlike his human coworkers, Riggs' salary is paid through donations.

So, Riggs is in the running for a few grants from a national company called Aftermath.

People can vote for their favorite K-9's online.

"It's a big thing to have money like this available, I'm grateful that Aftermath has a contest like this for us to get into. It's fun to try to get into it and win and get your dog out there and everything. It makes a big difference," said Detective Butkiewicz.

Axel is still a puppy but is already learning how to track and apprehend suspects with his partner, Patrolman Robert Williams.

"It's rewarding, it's awesome, it's fun. He comes home with me, he comes to work with me, you always have a partner. He's a ball of energy, so sometimes it's exhausting, but it's cool, I like it," said Patrolman Williams.

Both K-9 officers are able to collect donations throughout the year with a pretty strong presence of social media.

K-9 Axel's Instagram handle is on the back of his patrol car.

Combined, they have a few thousand online fans.

While they're hard workers, the K-9's also help make their departments a little more approachable.

Axel and Riggs are among several K-9's from our area in the running for the Aftermath grants.

You can vote through November 3rd.