Just the beginning of a major cleanup

People who live in parts of Lackawanna County are still reeling from the impact of Tuesday night's storm. 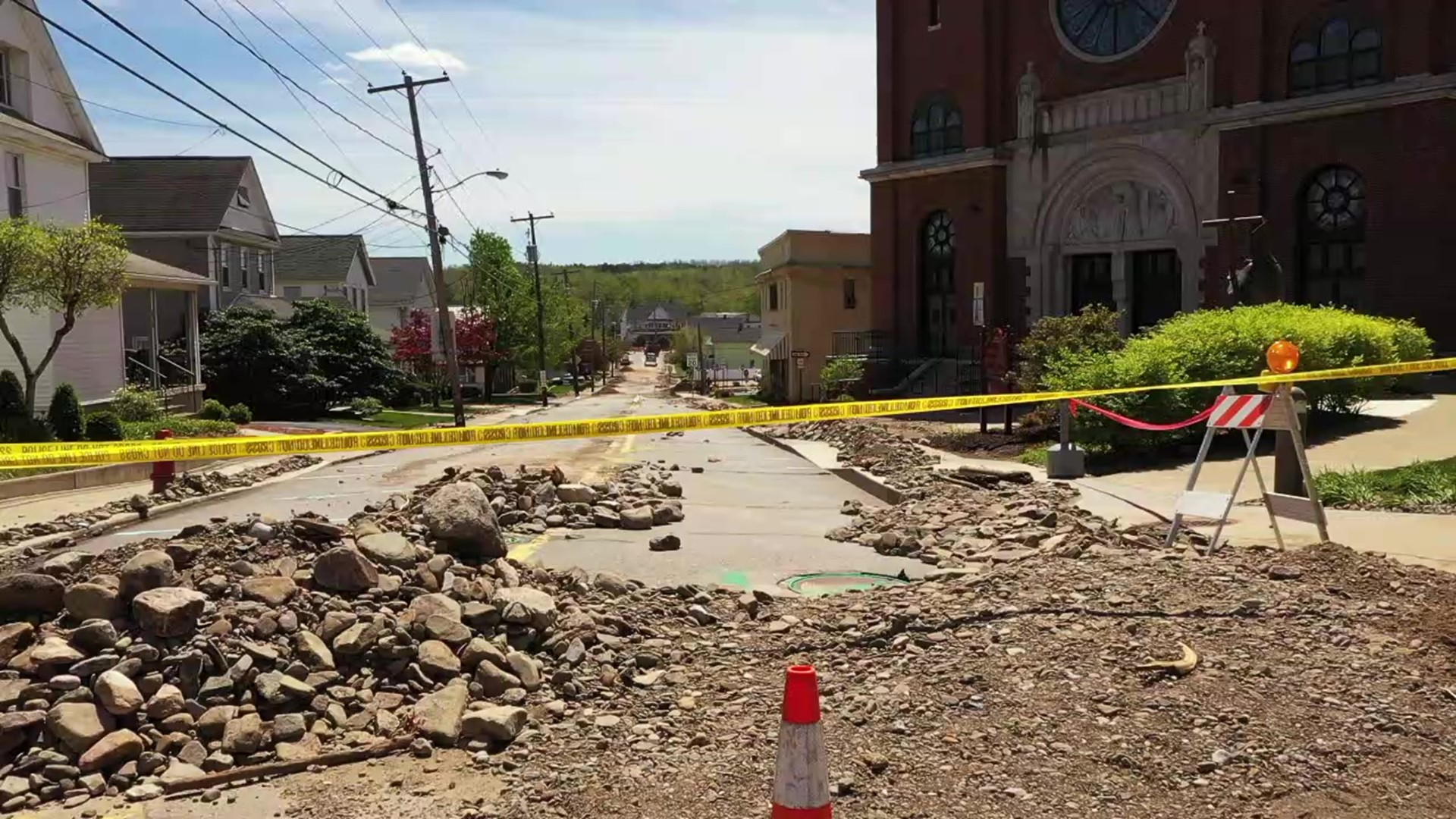 DICKSON CITY, Pa. — This basement in a Dickson City home was transformed into a muddy pool of floating furniture, toys, and clothing—everything underwater, everything destroyed, after Tuesday night's storm.

"My daughter asked, 'Why did God do this?' So I always learned how to put a positive spin on things, and it's like, 'We need to remodel the basement,' so God works in mysterious ways."

Devon Demkovich-O'Donnell and her family didn't sleep on Tuesday night as they watched their backyard become a river.

And when the sun rose, the damage was hard to believe.

"Washer and dryer were floating, opened the dryer, to what was supposed to be dry clothes. It's all brown and soot."

Not just material belongings were lost, but countless memories that can never be replaced.

"There's artwork that I made that's destroyed, that I can't get back. And then all the other infant stuff I had saved from the kids and all their special moments and stuff like that. It's a disaster," said Demkovich-O'Donnell.

Across the street, Jeremy Politano and Gloria Maraziti were lucky enough to only have a furnace in their basement, but insurance won't cover the damage.

"We're used to rain, used to snow. But the flash flood, the geyser..." said Politano.

The chain of events set off by the creek breaking through the culvert underneath the road caused the perfect storm.

"We've certainly had some violent rainstorms, but this was above and beyond what we've had in the past. The force of the water was so much, as you can see the manhole behind me, the water was actually 6 to 8 feet high," said Dickson City Borough Manager Cesare Forconi.

"I've been here 40 years. My parents lived through the whole flood in the '70s. This did more damage than what I have heard from their stories," said Demkovich-O'Donnell.

Borough officials plan to meet with PennDOT representatives to assess the damage and discuss what needs to get done to get this street back open.

The borough manager says it'll be days before Dundaff Street is passable, but months before, everything is really back to normal.