PITTSBURGH — The son of Lackawanna County Judge Michael Barrasse died after being hit by a vehicle in Pittsburgh. The incident is under investigation by P... 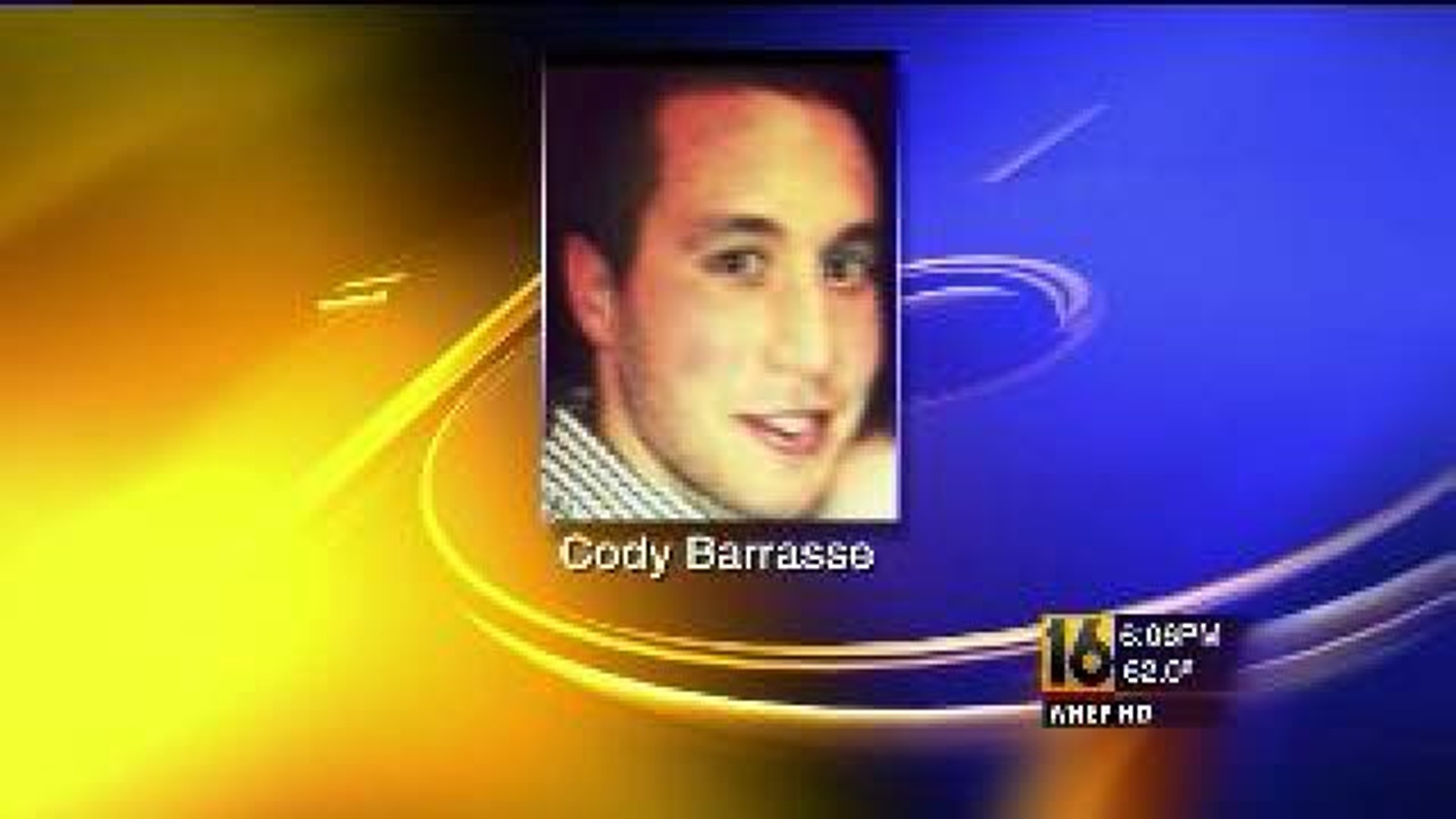 PITTSBURGH -- The son of Lackawanna County Judge Michael Barrasse died after being hit by a vehicle in Pittsburgh. The incident is under investigation by Pittsburgh police.

The Allegheny County Medical Examiner says Cody Barrasse, 22, of Moosic died early Sunday morning at a hospital in Pittsburgh. He died about 24 hours after being hit by a car in the city's Oakland neighborhood.

According to preliminary information provided by Pittsburgh police, Barrasse was hit around 2:15 a.m. Saturday. Officers found him lying in the street. He was unconscious and bleeding from the head.

Police say the driver of the vehicle that hit Barrasse drove away from the scene but eventually called 911. The car, a silver BWM, is being processed by police. So far, no charges have been filed.

Pittsburgh police talked with friends of Barrasse who say the driver hit Barrasse on purpose.

But, according to police, the driver tells a different story. The driver and a passenger say they were driving on the street and stopped to avoid hitting three males. The males reportedly started banging on the hood and roof of the car, and one of them tried to open one of the doors. At that point, the driver sped off and then called police.

According to Pittsburgh police, there is no indication that the driver was under the influence.