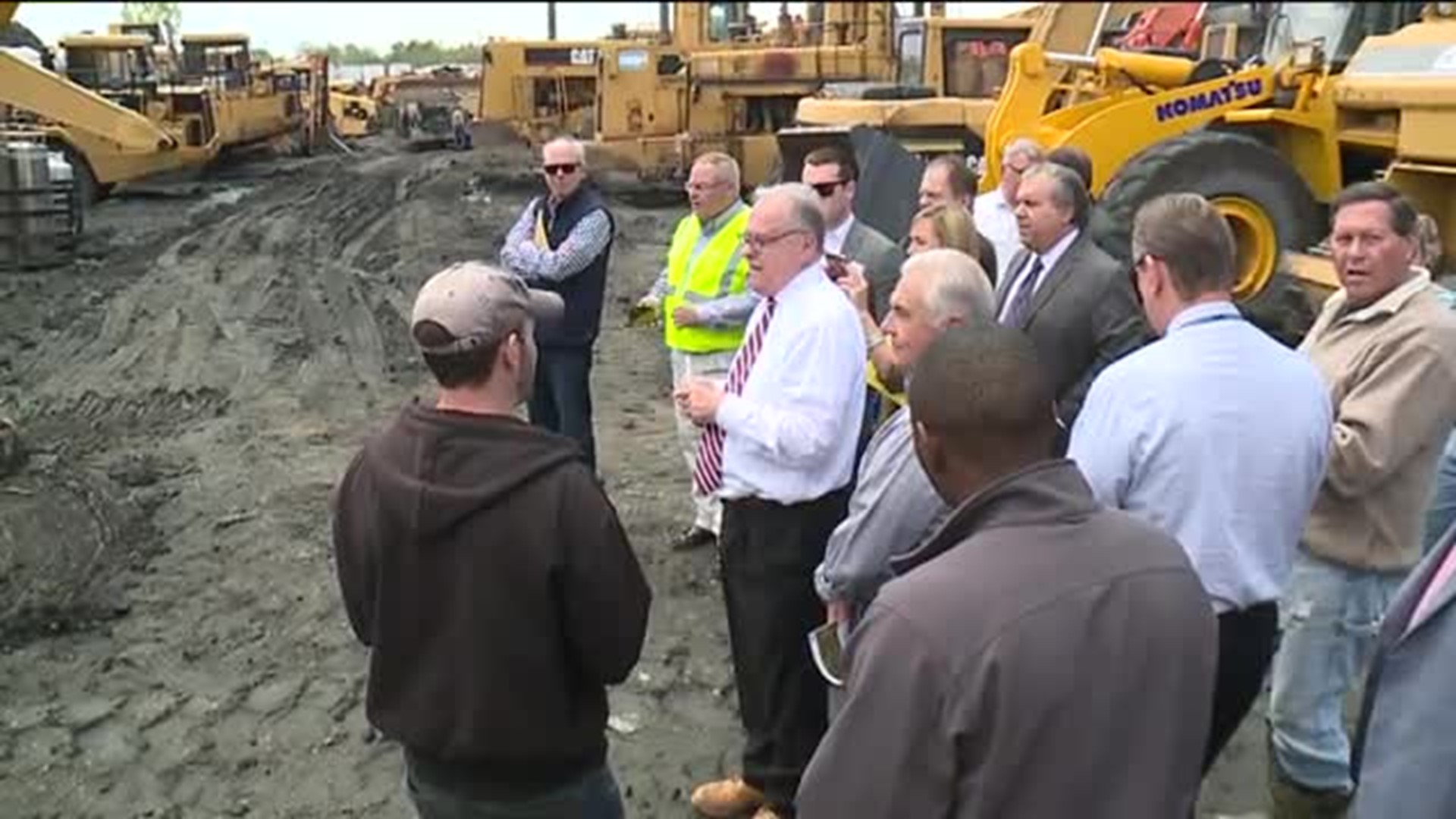 OLD FORGE, Pa. -- A county judge toured an alleged illegal junkyard in Lackawanna County on Thursday. Old Forge borough officials have been asking the owner to clean it for months.

Lackawanna County Judge Thomas Munley left the courthouse and toured Scrap Enterprises in Old Forge to see if there was any progress and threatened jail time for the owner.

"Please do not tell me what we are going to do. I am going to make the decision, not you. I want to see the property and make my own mind up," said Judge Munley.

Judge Munley made his way through Scrap Enterprises in Old Forge. After a court order demanded what's considered an illegal junkyard be cleaned, the judge wanted to check on the progress, so he and Old Forge residents made their way through the site.

"Absolutely disgusting, laying water with heavy equipment on it, the amount of equipment on it is unbelievable. I had no idea it had gotten this bad," said Old Forge resident Jeff Beilman.

Old Forge borough officials say this has been an ongoing issue for several months and got a court ruling, ordering Walter Stocki who owns Scrap Enterprises to remove broken machines, but so far, he has not.

For years, Chris Getz has been in earshot of the daily operations at the scrapyard from his backyard.

"It smells like petroleum and it just makes your yard unusable," Getz said.

"This used to be an open field, now it has blown up to be what can only be considered as a junkyard now. If you look around you can see equipment all over the place," Beilman said.

Stocki and his attorney did not want to speak to Newswatch 16 on camera, only saying they want to fight in court.

After touring the property, Judge Munley called for an emergency meeting later this month.

"The hope is that it is returned to the way it was in 2013, which was just some empty trailers back there or something that is allowed there. You can rent running equipment, but you wouldn't have the noise that we have on a daily basis," Getz said.

Judge Munley said that that Stocki could face jail time for contempt of court. He is expected to make his final decision next week.