The Democratic candidate landed at the Wilkes-Barre/Scranton International Airport before 9 a.m. to get out the vote on Election Day. 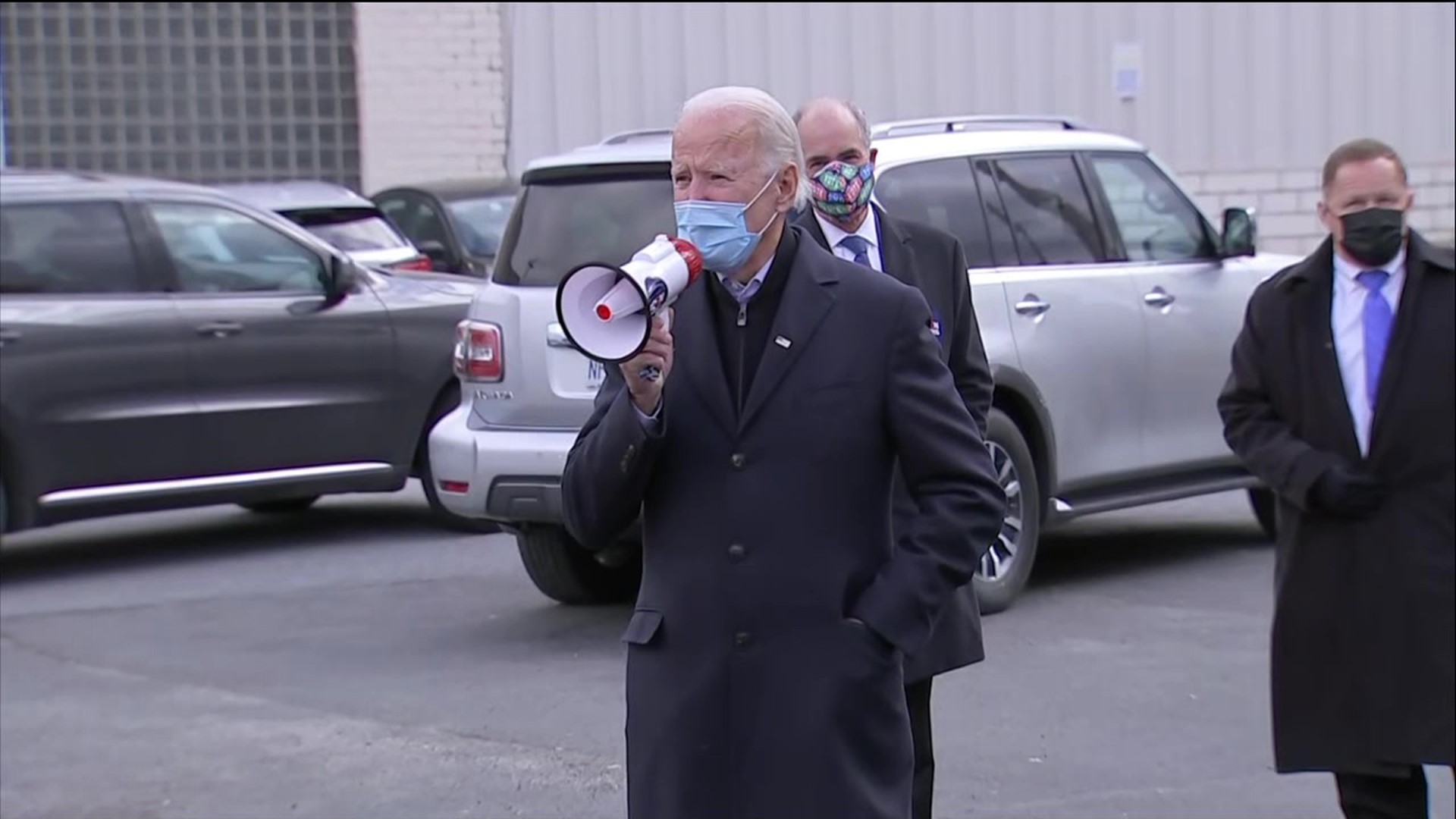 LUZERNE COUNTY, Pa. — Democratic presidential candidate Joe Biden is back in our area to encourage voters on Election Day.

His plane touched down at the Wilkes-Barre/Scranton International Airport shortly before 9 a.m. Tuesday.

Biden, a Scranton native, arrived at the Carpenters Local 445 union hall on Pear Street in Scranton to get out the vote on Election Day.

"It was overwhelming. We weren't expecting it. We got word this morning. It's very exciting, and we're pushing for him. We phone banked for him, and with the help of everyone, he'll be president," said Gary Ford, president of carpenters local 445.

.@JoeBiden arrives on Pear St in south #Scranton and introduces the crowd to his granddaughters, Finnegan & Natalie. @wnep pic.twitter.com/zwhLp5RXLM

He introduced the crowd to two of his granddaughters who wanted to tag along to see their grandfather's hometown.

Biden then met with supporters and spoke with Newswatch 16 one-on-one. We asked him about the importance of Pennsylvania in the election.

"There are so many states that are in play, states that shouldn't be in play for a Democrat. Georgia, North Carolina, Florida, Arizona, a whole range of states. For me, winning Pennsylvania is important; it's like winning Delaware. It's more important in terms of the size, and it's been highly contested. I feel good about it, but I'm going from here to Philadelphia. I'm going to be working hard to earn every single vote in the state that I can," Biden said.

Biden took his granddaughters past his old house in Scranton's Green Ridge section.

Biden's campaign moved on to Philadelphia after the stop in Scranton. It was brief but meant a lot to the former vice president's supporters.

"It's really emotional. Today is a really nerve-wracking day. I want to be optimistic and hopeful, but I also want to go in with no expectations in case things don't go exactly how we want. It was really emotional to see him actually in person, and being able to look at him, not just through a TV screen or through my phone screen," Arianna Baldwin said.

Biden was last in our area in October at Dallas High School.