Joe Biden one on one

Newswatch 16's Chelsea Strub spoke to the presumptive Democratic candidate for president and asked him about his plans. 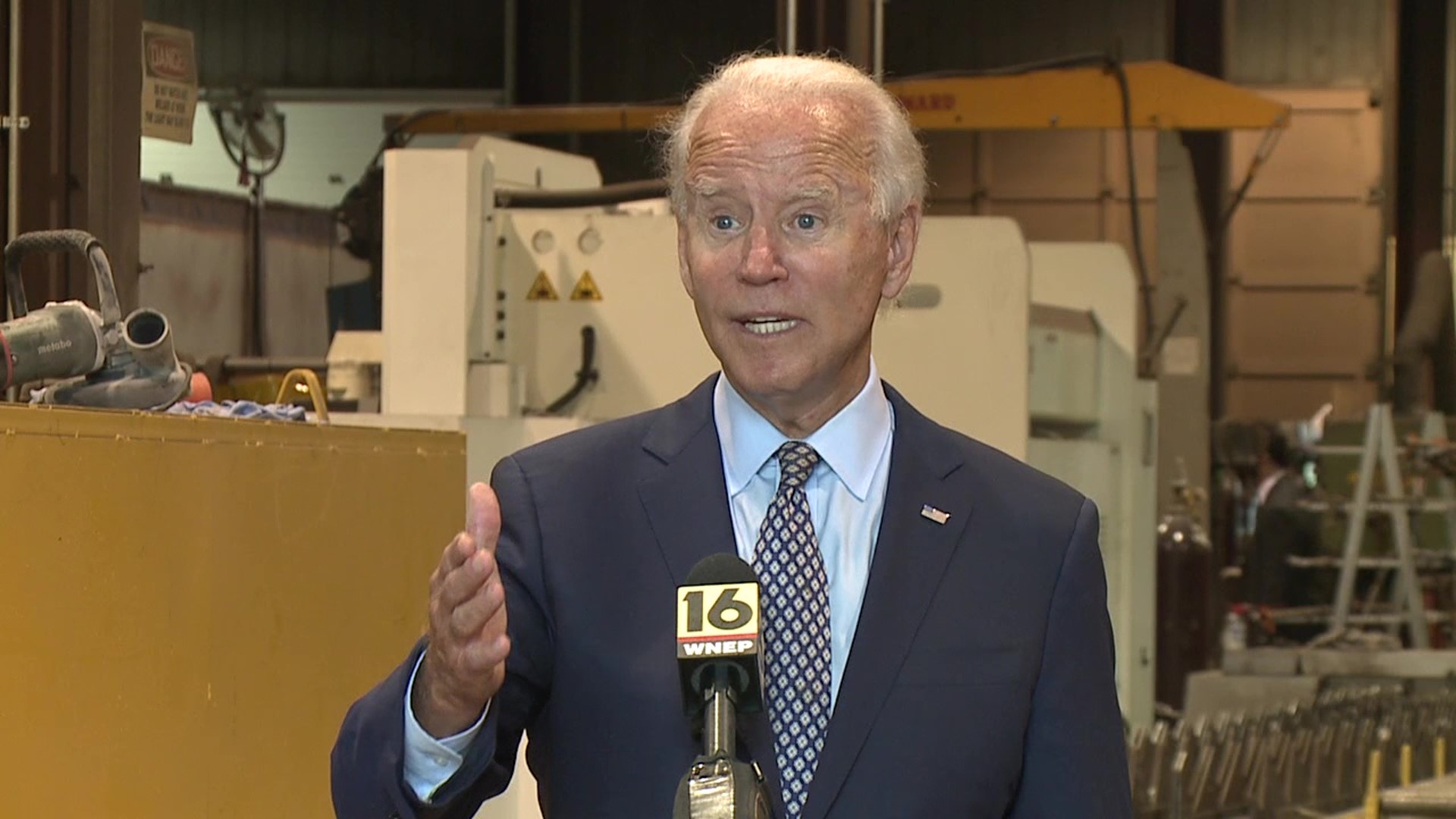 DUNMORE, Pa. — Joe Biden made time to speak with Newswatch 16 after his tour of the business.

We were able to ask three questions of the former vice president. We wanted to know about how he's going to appeal to voters in our area, how he plans to bring and keep jobs in northeastern Pennsylvania, and what an economic recovery from the COVID-19 crisis would look like in his presidency.

The first thing we asked about is recovery after this pandemic, especially in places like Scranton, where businesses like Brunetti's are closing their doors for good after 62 years.

"It shouldn't be closing in the first place," Biden responded. "The stimulus money, almost $2 trillion that got approved by Congress, they said there was an inspector General written in who was supposed to watch where the money went. It was supposed to go to small businesses to keep Main Street open, and it didn't. Significant amounts of money went to the very, very wealthy, and big corporations."

Biden said he would put an inspector general in place, find ways to keep businesses open while maintaining social distance, and making sure they have access to federal assistance and small business loans.

Next, we talked about jobs.

"We're losing a lot of job overseas, losing jobs to COVID-19, and if fracking is on the chopping block, how are you going to help these displaced workers?

"Well, fracking is not going to be on the chopping block," Biden said. "What we're going to do three things. Number one, right now, the president gives advantage to companies that go overseas and invest overseas by reducing the taxes they have to pay on foreign profits. I'd double that tax and do that on day one."

Biden also said he wants to invest in small-town manufacturers like Mcgregor industries in Dunmore and invest in technology.