He came here to detail his plan to help America recover from the COVID-19 crisis and to try to win an area that's critical to the presidential race. 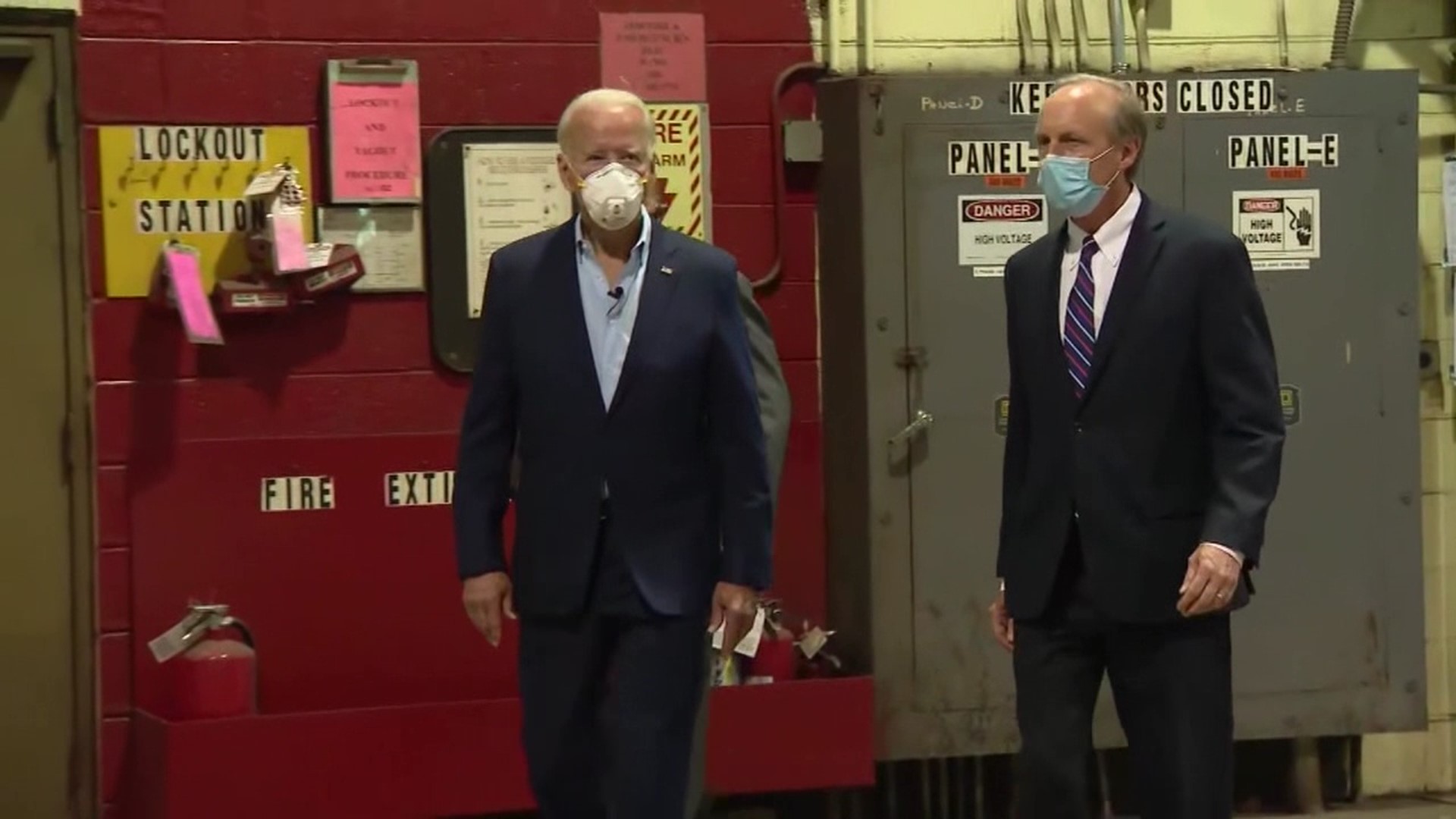 DUNMORE, Pa. — Joe Biden returned to his childhood home of Lackawanna County on Thursday to campaign for president.

He came here to pitch a plan to help America recover from the COVID-19 crisis and to try to win an area that's critical to the presidential race.

Part of Biden's economic plan is to raise corporate taxes to help invest in the country's growth, and he talked about unions playing a big part in the recovery.

"I do not accept a defeatist view that forecast automation and globalization means we can't keep well-paid jobs here in America and make more of them. I do not buy for one second that the vitality of American manufacturing is a thing of the past," said Biden.

Biden arrived to McGregor Industries just before 2 p.m. and was greeted with cheers and some boos from area residents who came out to see him.

"We love Joe Biden! Are you kidding me? We're ridin' with Biden. He's great. He's a great man; we hope he gets there to the White House," said Bill Hessmiller.

Biden's campaign stop at McGregor Industries was to tour the metal works facility and give remarks on his economic plan.

Lackawanna County is traditionally a Democratic county, and people feel this won't be the last time they see one of the presidential candidates.

"We're hoping that he's going to help us calm everything down. That's what we're hoping for, and I think he's the man for it. He'll bring peace," Hessmiller said.

"Everybody thinks of us as a little small town, and we're just here, but obviously, we matter because we keep having the candidates coming to this area," Cathie Jo Langan said.

Neighbors who live near the factory say this is the most action they've seen in a long time.

"This is a little-known area of the Scranton suburbs. Nobody even knows we exist most of the time, so yeah, it's a pretty big deal for this little tiny area," Karen Filipski said.

Many people who gathered were supporters of Joe Biden, but it wasn't all cheers he arrived to. Joe Granteed from Plains got here early to oppose Biden.

"I wanted to show my support for President Trump and my displeasure with Joe Biden and the Democratic Party."

The small street of the residential neighborhood that divides Dunmore and Throop didn't have room for the Trump supporters who came out. They set up their opposition at Tire Choice Auto Service Center on the O'Neill Highway to show their displeasure of Joe Biden's visit to the area.

"We don't want him as our president. I personally don't like him. He's not a good person in my eyes."

RELATED: Joe Biden one on one

Biden was in his hometown of Scranton on several occasions last year.

In April, he was spotted at his childhood home in the Green Ridge section of the city. He officially announced his candidacy about three weeks after that visit.

In October, Biden visited the area for two events; a private fundraiser in Luzerne County and a campaign event at the Scranton Cultural Center.