Joe Biden Appears to Joke About Accusations During Speech 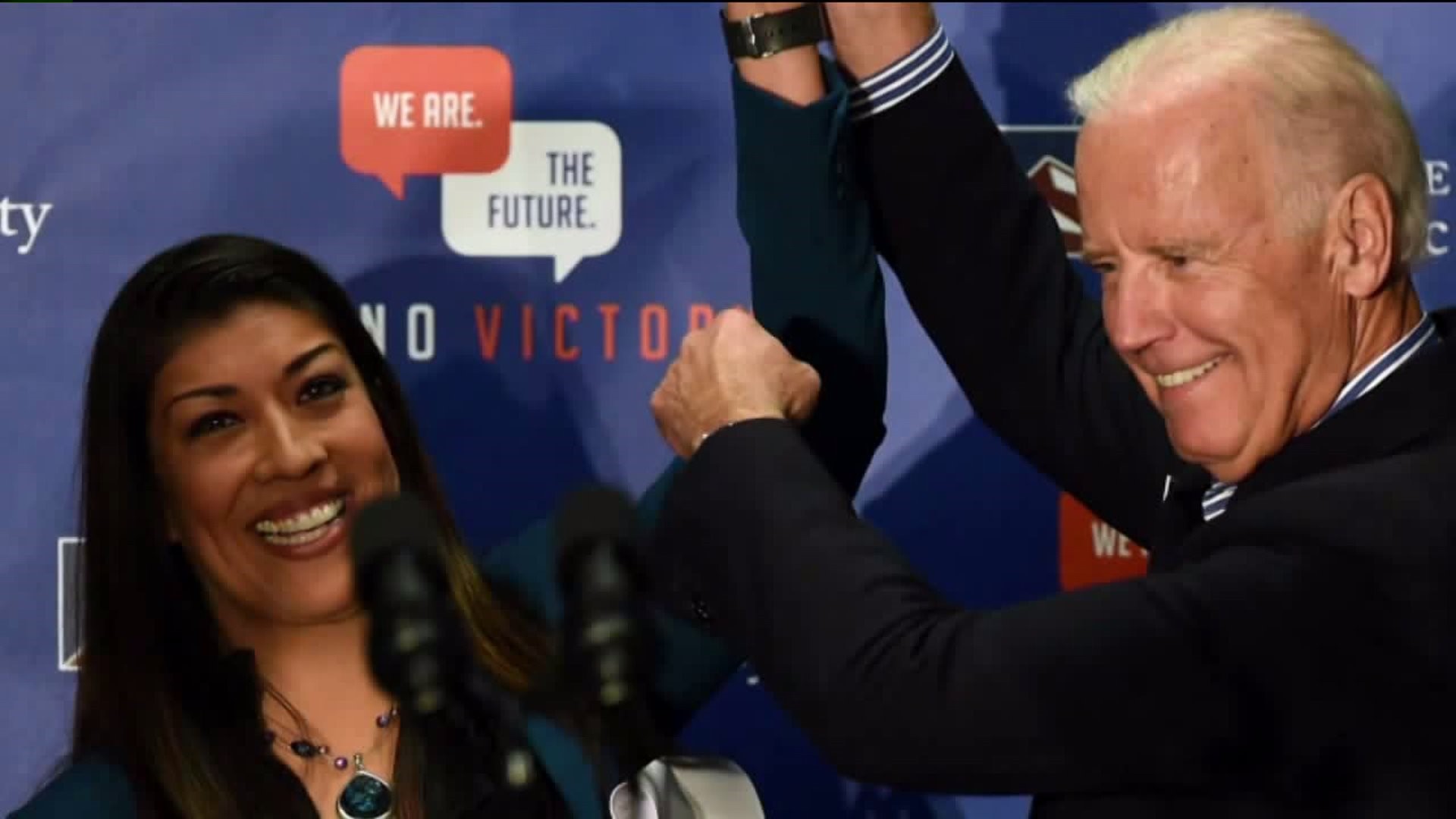 SCRANTON, Pa. -- Just one day after Joe Biden's unexpected visit to Scranton, the former vice president is again finding himself in hot water.

Biden was making a speech in Washington, D.C. where he appeared to poke fun at accusations he was too touchy with some women.

“I just want you to know, I had permission to hug Lonnie,” said Joe Biden, referencing his hug to the president of the International Brotherhood of Electrical Workers.

Biden was speaking to the members of the IBEW in Washington, D.C. where he appeared to poke fun at recent accusations he made women uncomfortable for his unsolicited physical contact.

The former vice president and Scranton native joked not just once but twice after hugging a young boy.

“By the way, he gave me permission to touch him,” said Biden as the crowd laughed.

Dr. Jean Harris is a political science and women's studies professor at the University of Scranton.

“To now make jokes about it is just really an insult,” said Dr. Harris. “He really needs to show that he understands that times are changing and he's been a big part of making times change and that he gets it.”

After the speech, Biden continued to say he never intended to make anyone uncomfortable but has yet to offer an apology.

Still, Dr. Harris says this may not hurt his chances if he runs for president.

“Right now, there's so many Democrats planning on running and such a mix, it's just so early to tell and it is so far away from the 2020 election,” said Dr. Harris.

While some students here at the university defended Biden, most said what he did was in poor taste.

“His opinion is I'm trying to say I'm not doing anything wrong and that I'm trying to show everybody that I don't intentionally mean to harm anybody,” said freshman Destiny Carpitella.

“It sounds like he's making fun of his accusations when he should be taking them very seriously, even if the accusations aren't in a sexual way,” said sophomore Melissa Spillane.

“It's just not even appropriate at all, so it's just like a bad play,” said senior Marquis Swam.

Friday, Biden also said that a decision on whether he'll run for president in the 2020 election could happen very soon.