JERMYN, Pa. — A gymnasium in Lackawanna County that’s been around for almost 100 years is starting its next season. The borough of Jermyn just wrapp... 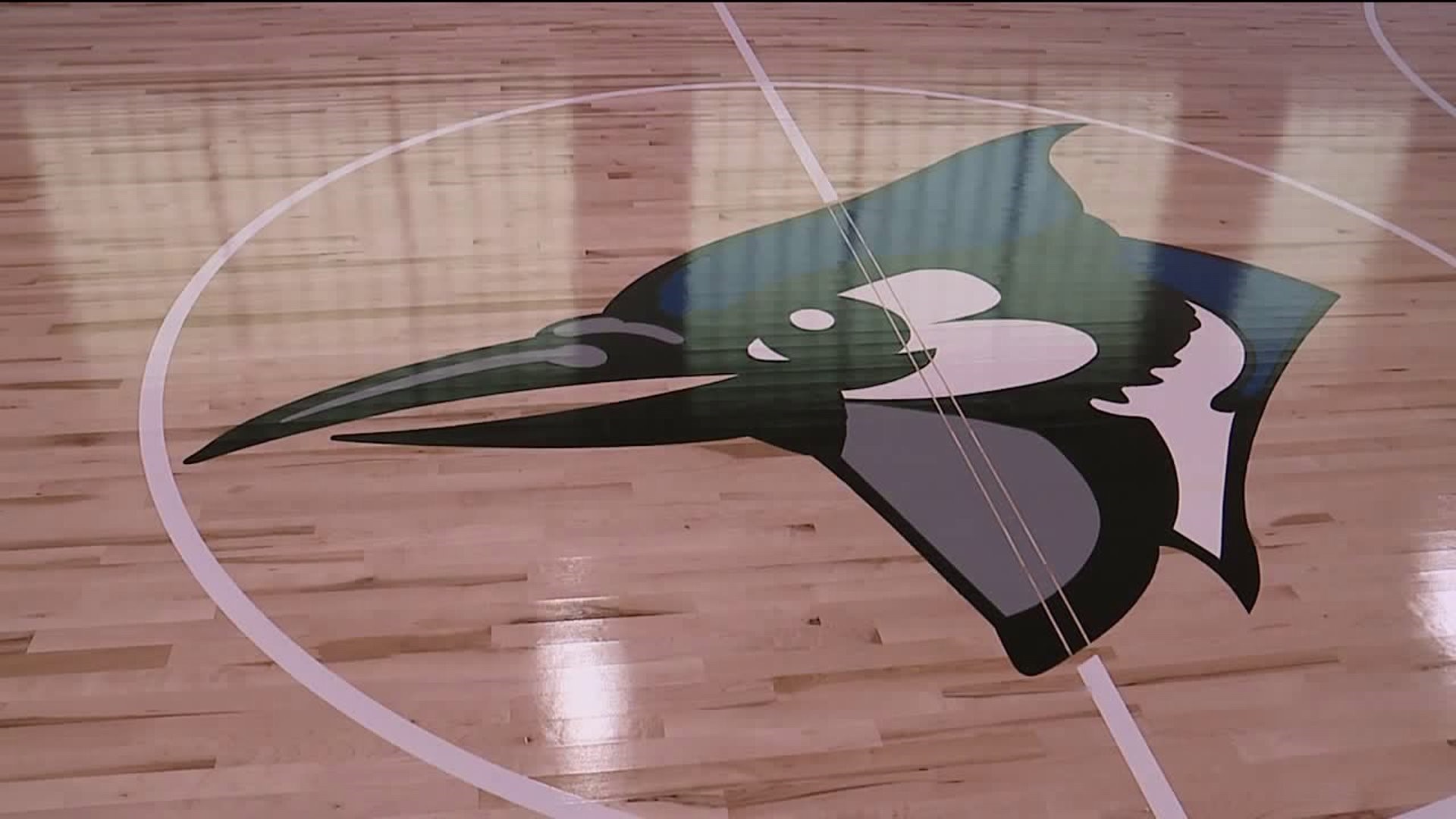 JERMYN, Pa. -- A gymnasium in Lackawanna County that's been around for almost 100 years is starting its next season. The borough of Jermyn just wrapped up a renovation of its community center.

Ask nearly anyone in Jermyn, they all have memories at the former Jermyn High School which is now the community center and borough building.

Now, the borough's beginning a new era of memories by debuting a newly renovated gym.

"When the kids come in here in the fall and start practicing I think they'll be really amazed at how nice it came out and I think they're really going to be pumped up about it. You know, just as much as we are as adults," Jermyn Borough Mayor Anthony Fuga said.

Fuga said the adults in town wanted to provide the kids with a better place to play. Earlier this year, the borough received a state grant to replace the hardwood.

"It's amazing, honestly. From what it was to what it is, it's just a big-time transformation," Fuga added.

Lakeland Youth Basketball wanted to honor the history of this gymnasium. So, the center of the court features a blue jay, a nod to the former Jermyn High School Blue Jays.

The gymnasium was built back in 1939 and basketball has been played there ever since, by the Blue Jays and eventually the Lakeland Chiefs.

Neighbor Anne Price told Newswatch 16 that it's nice to see the place packed again like it was when she was young.

"In basketball season, they run the youth league over there, we don't have parking spaces or anything! But, it's good to see it used, they did a really nice job on it," Price said.

"It gets them to do something different than being on their phones, video games, and all that," he added.