JERMYN, Pa. — One community in Lackawanna County is creating its own flag, and borough officials in Jermyn are calling on residents to design it. “J... 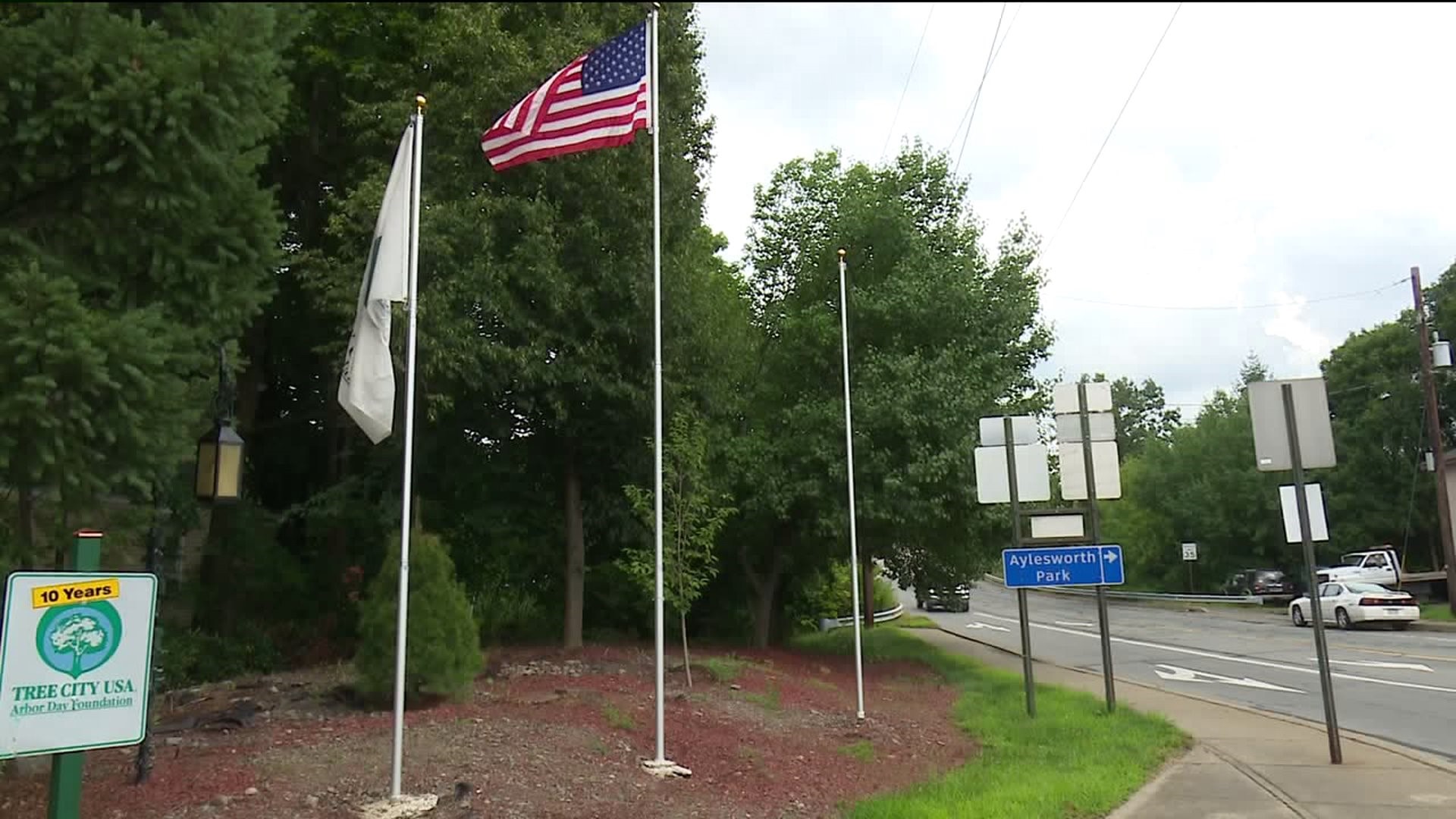 JERMYN, Pa. -- One community in Lackawanna County is creating its own flag, and borough officials in Jermyn are calling on residents to design it.

"Jermyn borough is a very community-minded borough. We figured what better way to have a borough flag than to have it designed by one or multiple residents?" said borough manager Dan Markey.

The borough is holding a design contest. Borough officials began accepting submissions on August 2 and are hoping to have a winning flag in time for January of 2020 when the borough turns 150.

An empty flagpole stands at the corner of Washington Avenue and Rushbrook Street, the main strip in the borough of Jermyn. Borough officials plan to put the new flag there so that as soon as you come into town, you're greeted by it.

So far, they've only received one submission, but people who live in Jermyn tell Newswatch 16 they're excited about the idea of having a flag specific to their hometown.

"Hopefully, everybody will come together on this idea, especially a lot of what's going on in the nation right now," said Tim McGowan, owner of Wayne's Family Restaurant.

"It sounds pretty neat, but I never too heard much of having a town flag, but it's unique!" said Helen Coggins.

Even if you're not an artist, you're still encouraged to submit an idea for the design.

"If you have a really great idea, but you don't draw well, submit it, and we'll find somebody that can bring that to fruition," said borough council member Jennifer Schreiner.

Submissions are due by December 19 and will be voted on by the council. Submissions can be sent by mail or email to the borough of Jermyn at jermynborough@jermynpa.com.