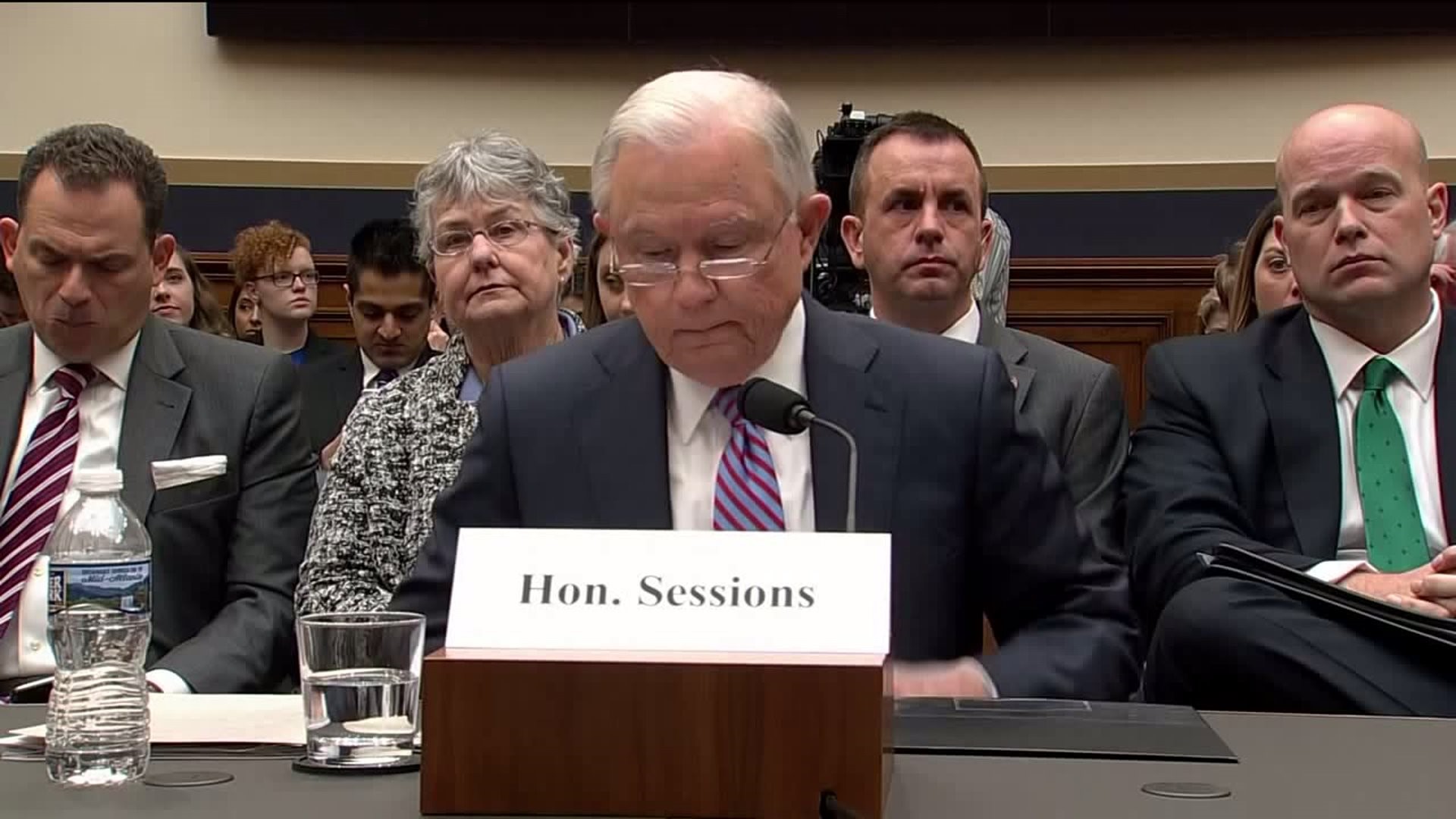 According to the U.S. Department of Justice, Attorney General Jeff Sessions will be in Scranton on Friday at 11:15 a.m. to deliver remarks on law enforcement and immigration at Lackawanna College.

It's still unclear if this event will be open to the public.

"We've certainly had presidents, quite frequently, during campaign visits. I can't remember during my time having the Attorney General of the United States here," said Scranton Police Chief Carl Graziano.

There are two things on the agenda that Sessions will be discussing: law enforcement and immigration.

"Essentially, he is our boss. The chain of command, it goes right to the top, Attorney General of the United States is the chief law enforcement officer in the country. It's nice to hear personally from him, his remarks to see where law enforcement needs to go, what our issues are, and making sure we're on the same page," said Chief Graziano.

Peggy Lyons came to the United States legally from Trinidad as a teenager, about 30 years ago. She lives in Scranton now and wonders what the attorney general will be able to accomplish at a local level.

"I would consider going on Friday because I would like to hear what they have to say," said Lyons. "Coming and speaking to a small community, I don't know what it's going to do beyond just another politician appeasing the masses, as opposed to really wanting to proactively do something."

Attorney General Sessions has been a vocal opponent of illegal immigration. His policies have made headlines a lot recently.

As an immigrant herself, Lyons believes that the path to citizenship is a long and involved process, but a fair one. She thinks hard working, tax-paying dreamers deserve the chance to stay.

"It is important that those people be offered the opportunity to document themselves, go on a path to citizenship, and be granted citizenship, as long as they don't have anything negative in their past preventing them from doing so."