SCRANTON, Pa. — A man from Lackawanna County was sent to jail Wednesday afternoon for sexually assaulting a 14-year-old girl. He was 18 at the time, and a... 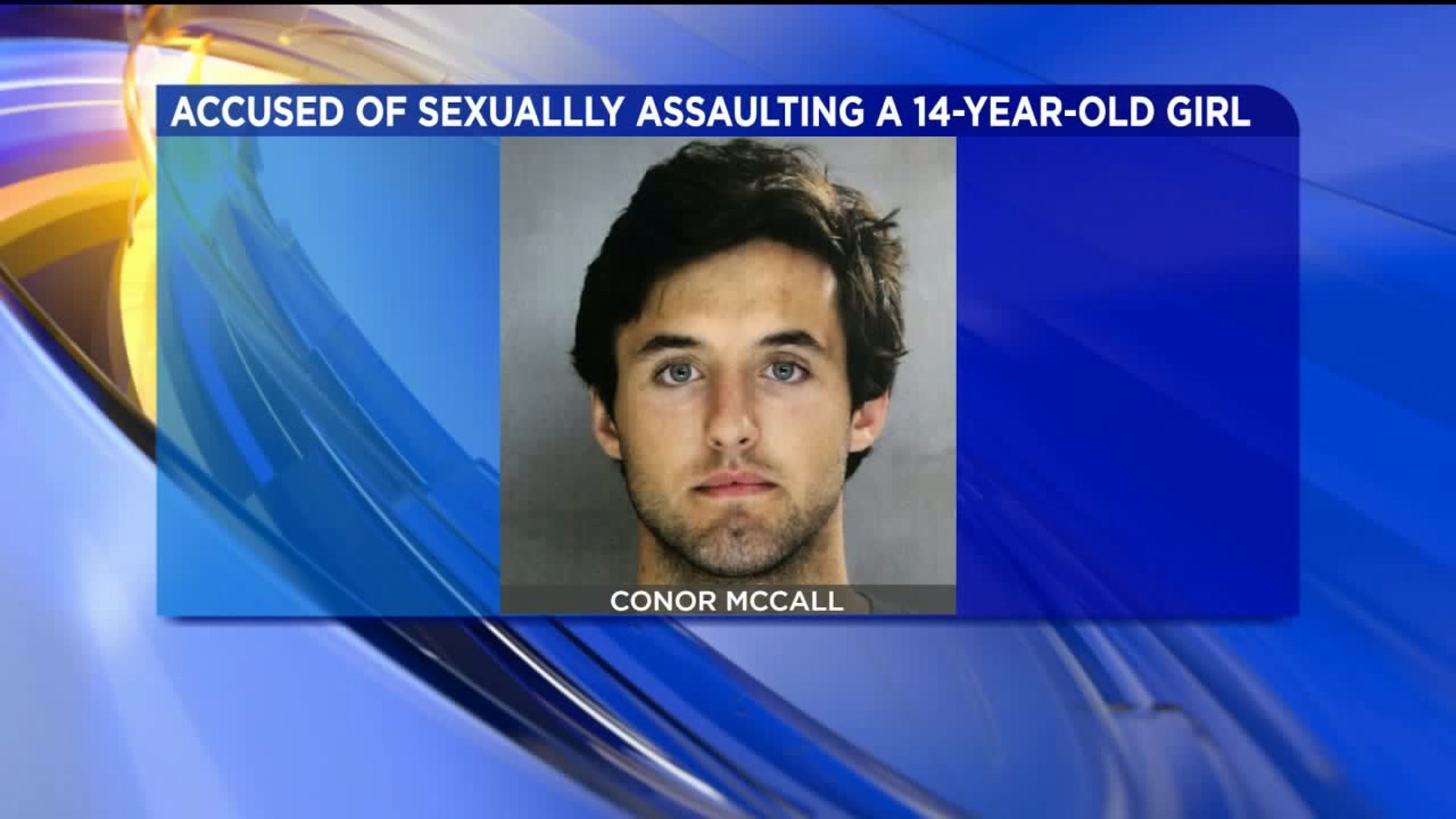 SCRANTON, Pa. -- A man from Lackawanna County was sent to jail Wednesday afternoon for sexually assaulting a 14-year-old girl.

He was 18 at the time, and at his sentencing, he said he didn't know about the age of consent.

Conor McCall, 19, of Archbald, told the judge at his sentencing that he didn't know what he was doing was against the law when he had sex with a 14-year-old girl back in July.

McCall was 18 at the time. He pleaded guilty in October to statutory sexual assault.

He was sentenced to nine to 23 months in jail with at least three months of that to be spent at the Lackawanna County jail. He will then be put on work release and finish his sentence on house arrest.

In court, the victim's uncle spoke, condemning McCall for what he did.

The girl and her family went to the police the day after the assault took place last summer at a home in Archbald.

McCall was also ordered to pay the girl and her family $3,000 to cover the cost of her counseling.

McCall will not have to register as a sex offender. The charge he was sentenced on -- statutory sexual assault -- doesn't require it.

After court, he was taken to the Lackawanna County jail to start serving his sentence.