A flag was raised in Scranton to symbolize the one erected on Mount Suribachi. 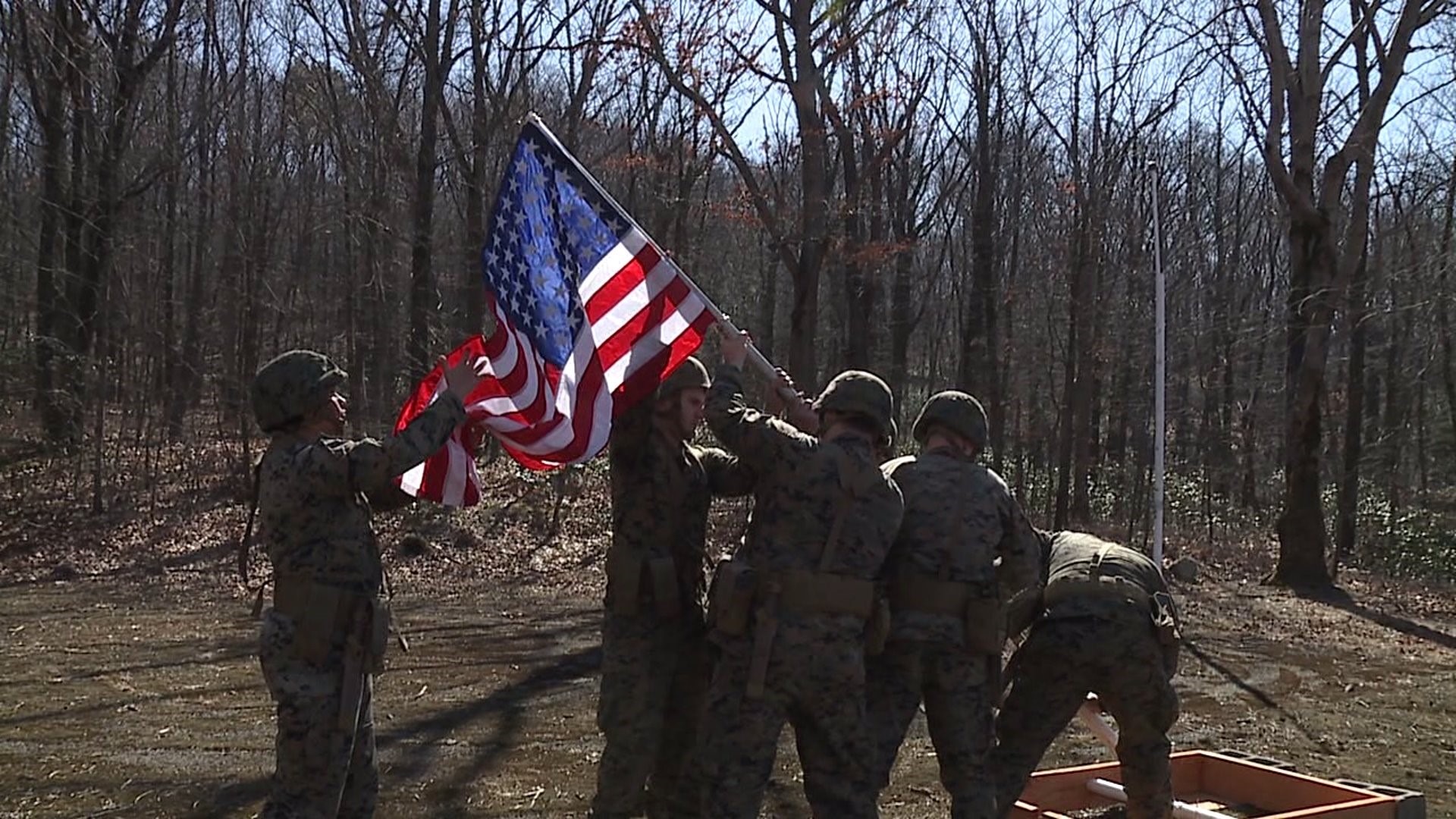 SCRANTON, Pa. — Three Pennsylvania veterans were fighting in World War II at the battle of Iwo Jima 75 years ago.

The battle claimed the lives of 6,800 U.S. Marines, leaving survivors like Ed O'Donnell with painful memories.

"It was more than just a symbolic day," O'Donnell said. "We lost my brother Tommy. He was with me, but he was in the 5th Division. I was in the 3rd, so Iwo Jima to the O'Donnells is family."

"I remember hitting the beach in the first wave with my Sgt. and he told me to run for cover," veteran Tony Julian added. "As I was running for cover, he got killed right alongside me."

"The 4th and 5th Division was backed down by the Japs up on Mount Suribachi, shooting down at them. From there, we were committed until the island was secured," veteran Benny Cicciloni said.

Five days into the battle, an Associated Press photographer captured that famous photo showing five Marines and a Navy corpsman raising the U.S. flag atop Mount Suribachi.  Three of the men in the photo would not leave Iwo Jima alive.

"I have one of the original photos with Rosenthal's name on it. I have it at home," Cicciloni said.

A flag was raised in Scranton to symbolize the one erected on Mount Suribachi.

The flag had only 48 stars because it was the authorized American flag from the year 1945.

"This is one of the finest celebrations I've ever been at. Very good," Julian said.

The veterans said the reenactment was even better because they were able to witness it alongside their Marine brothers, who also served at Iwo Jima.

"I don't have the proper words to express the gratitude and the feeling that I had here today," O'Donnell said.

The ceremony was held by the 9/11 Memorial Committee of Lackawanna County at the Marine Corps detachment building in Scranton. This was the first time they performed a reenactment, but they do observe the anniversary of Iwo Jima annually.