SCRANTON, Pa. — A Lackawanna County commissioner and his running mate appear to be using baseball tickets belonging to the county for a charity raffle dur... 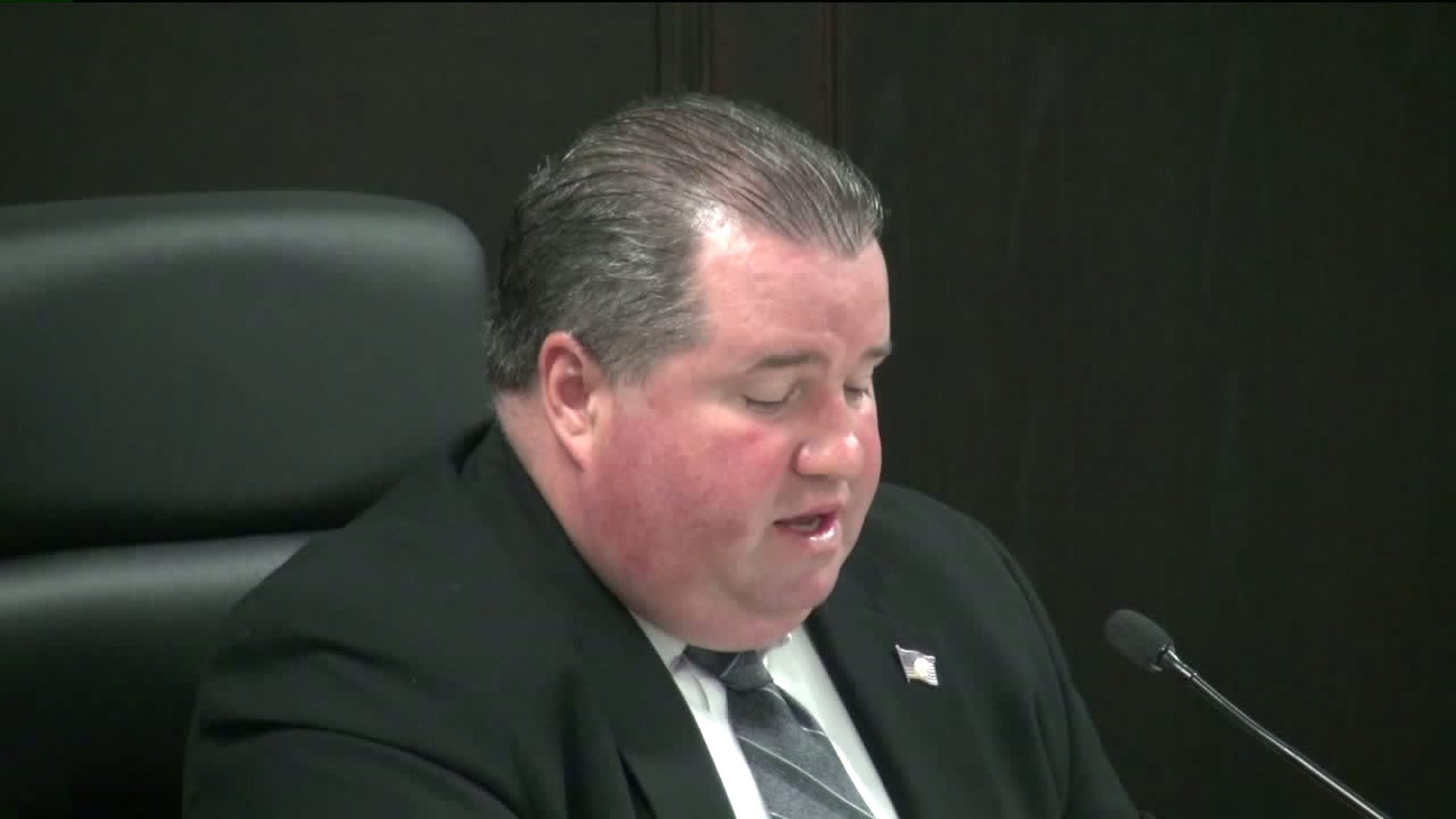 SCRANTON, Pa. -- A Lackawanna County commissioner and his running mate appear to be using baseball tickets belonging to the county for a charity raffle during an election campaign.

It's not sitting well with baseball fans who have to buy tickets that politicians get for free.

This time, the tickets came from the campaign of a county commissioner seeking reelection and his running mate.

Saturday afternoon, March 30, at a fundraiser for a veterans memorial in Eynon, Newswatch 16 obtained pictures of two baskets raffled off by Lackawanna County Commissioner Pat O'Malley and his running mate Debi Dominick.

Included in the baskets labeled with an O'Malley/Dominick campaign sticker were four tickets to a Scranton/Wilkes-Barre RailRiders game in the county commissioners luxury suite-- tickets that are county property.

John Hunter of Hazleton attended PNC Field to watch a high school playoff game this weekend. Hunter attends a handful of RailRiders games every summer and is outraged that he pays to get in the stadium, while Lackawanna County Commissioner Pat O'Malley who has access to the luxury box seats is getting tickets for free and giving them away during a reelection bid.

"I'm not surprised," said Hunter. "There should be some type of accountability then."

We tried to reach Commissioner O'Malley at his office at the Lackawanna County Government Center in downtown Scranton, but he was not in.

"You shouldn't use your public office for any sort of private gain, and especially not to aid in reelection," said Neil Makhija.

Carbon County native Neil Makhija is a professor at the University of Pennsylvania Law School, specializing in ethics and election law. He says giving away county property like baseball tickets appears to tilt the playing field in a candidate's favor.

"We want to have elections where there's a fair competition and people in office are not exploiting whatever resources there are to help themselves get reelected," Makhija said.

According to the Lackawanna County ethics law passed in 2007, office seekers "may not use county facilities on behalf of political candidates." RailRiders fans say that's exactly what the O'Malley/Dominick ticket is doing.

"The taxpayers are paying for that reelection," said RailRiders fan Gary Michak. "They are stealing taxpayers' money by doing this. That's exactly what they are doing."

"They should be very apologetic, but here's what's so upsetting, that these things are going on day to day to day," added Hunter.

Commissioner O'Malley emailed us this statement:

"Neither the county nor the O'Malley/Domenick campaign stickered these gift baskets in question. As our opposition is in possession of the photograph of the baskets, maybe they should be questioned as to who placed the stickers on these gift baskets."

Commissioner Jerry Notarianni who, like O'Malley is a Democrat, but running on a separate ticket for reelection, said by phone, "Classic Pat O'Malley, not capable of telling the truth."