BLAKELY — Detectives arrested a family from Lackawanna County for allegedly growing dozens of marijuana plants in the basement of their home, and cops say... 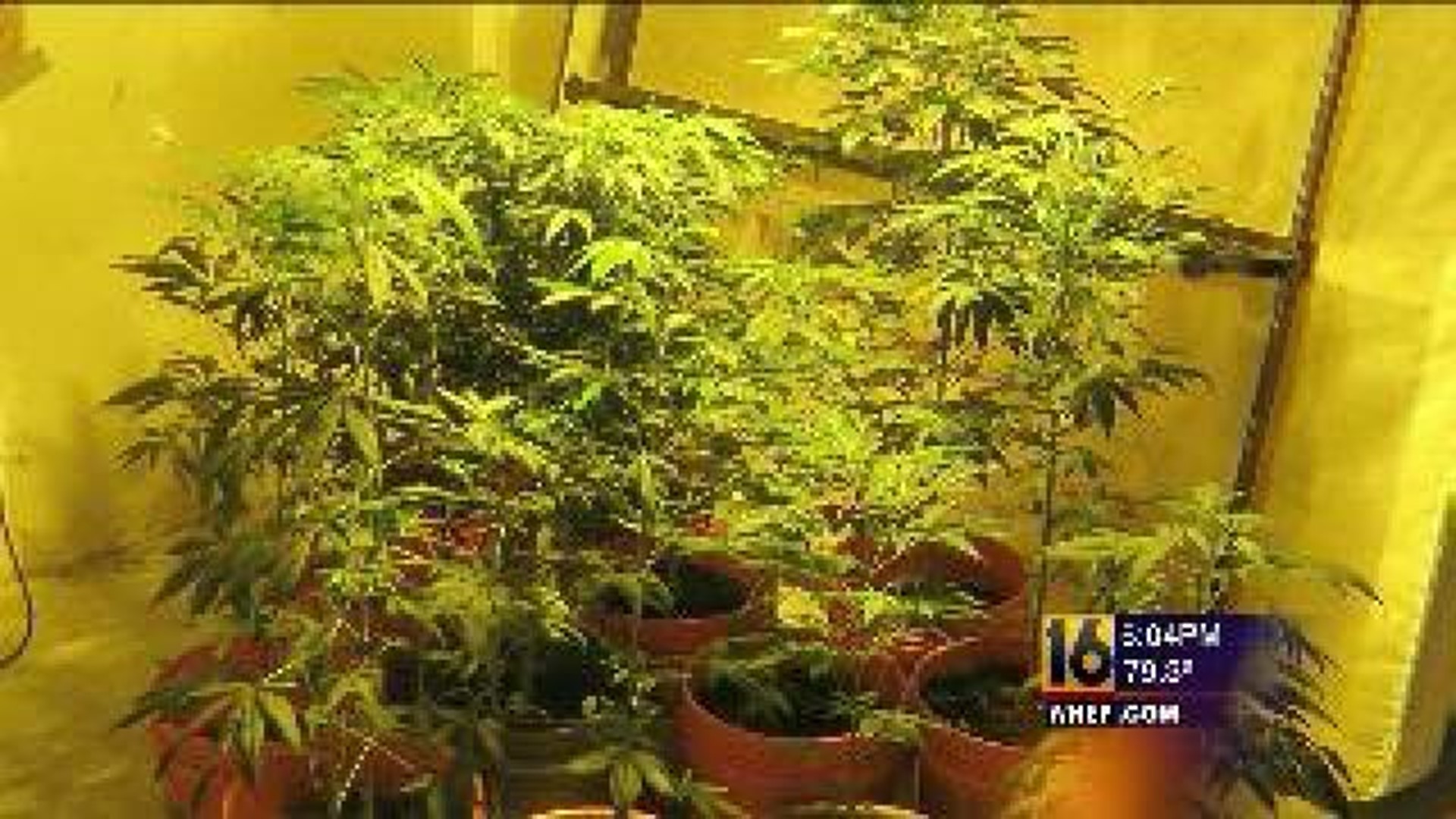 BLAKELY -- Detectives arrested a family from Lackawanna County for allegedly growing dozens of marijuana plants in the basement of their home, and cops say they got caught when their son started posting pictures of the growing operation on the internet.

Detectives say they believe the son, Dakota Lamandre, 20, was in charge of the operation, growing about 40 marijuana plants in the home in Blakely. His parents Anthony and Kim also face a long list of drug charges and, according to court papers they were caught because of those online pictures.

For anyone passing by the house on Alexandria Drive in Blakely, Lackawanna County detectives said you'd never know what was going on inside.

Detectives raided the place and found dozens of marijuana plants growing in the basement. They said they wouldn't have known the operation was here if it weren't for pictures posted on social media.

"It's a first, for us. It's a first, but I'm not surprised by it, and as you know we have detectives that do this full time with the internet, so it worked out well," said Lackawanna County Chief Detective Joseph Jordan.

Detective Jordan says someone called the D.A.'s office and asked them to take a look at Dakota Lamandre's Instagram account.

Detectives made an undercover account and followed Dakota, who posted dozens of photos of his growing marijuana plants in the basement of his family's home.

"I'm shocked, I'm absolutely shocked. They were a nice family and this is a quiet neighborhood," said Kimberly Evans of Blakely.

Neighbors we spoke to said they would have never suspected what detectives found.

Dakota Lamandre is now facing a slew of drug charges and so are his parents Anthony and Kim Lamandre.

Detectives believe the parents knew about the pot plants, but they may not have known their son was posting them online.

"Yeah, he basically got himself caught," said Detective Jordan,