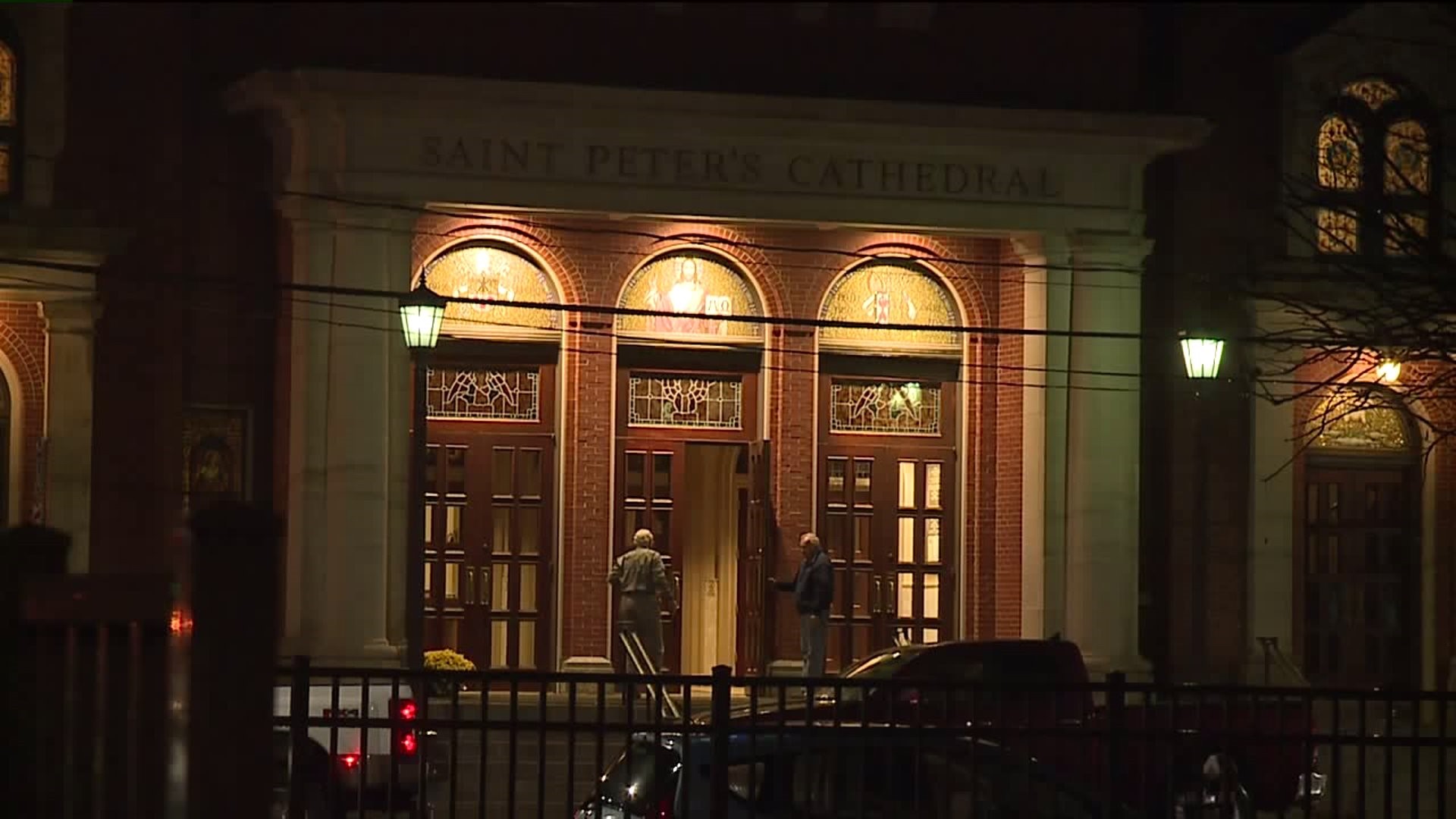 As parishioners here listen and pray, Catholic bishops from across the country gather in Baltimore. They planned to vote on reforms to hold themselves accountable for sexual abuse in the church and approve a code of conduct, the first of its kind for bishops on sex abuse issues, but then came a sudden announcement.

"At the insistence of the Holy See, we will not be voting on two action items,” said Cardinal Daniel DiNardo, President of the U.S. Bishops Conference.

An order from the pope that bishops hold off on the votes -- something that has surprised many.

"It should be done as soon as possible so it doesn't happen again!" said Bill Patchoski of Scranton.

One parishioner told Newswatch 16 big changes have to be made as soon as possible to cope with the church's troubling sexual abuse scandals.

"I believe that it's time since, I think, the 11th or 12th century when it was stopped that priests be allowed to marry and we will end all this abuse,” he said.

The U.S. Conference of Catholic Bishops meets twice a year to discuss policies in the church.

Some members are upset with the Vatican's order to delay votes on the sex abuse crisis.

"There was some hope that we seem to be moving in the right direction, to say all of a sudden, 'OK, you can do everything but actually end up with an action item at the end' is frustrating to us,” said Bishop Christopher Coyne of Vermont.

The pope said he will be meeting with bishops from around the world in February to talk about sexual abuse in the church.