In Scranton, A Solemn Ceremony Marking 9/11 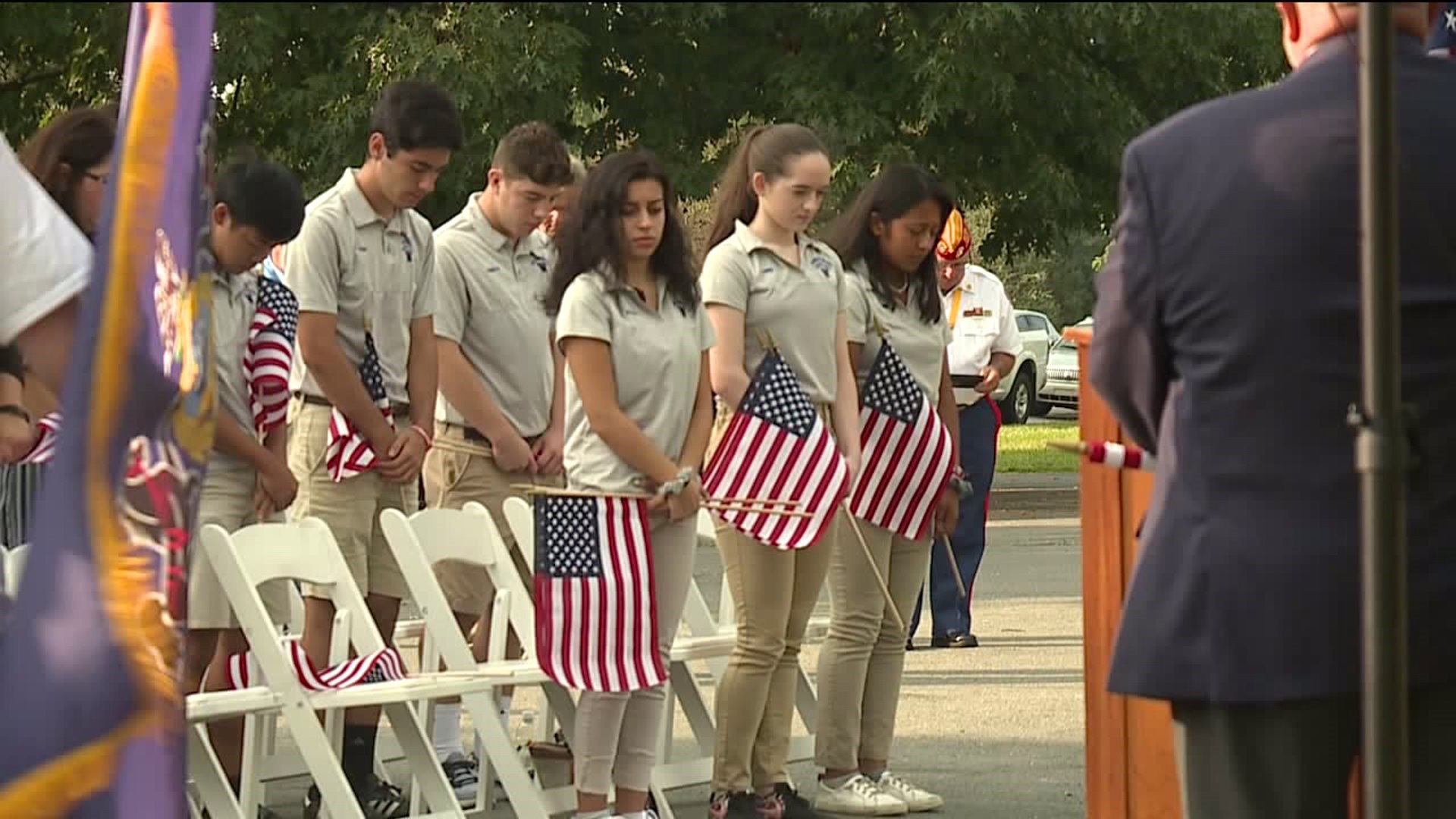 And in Scranton's McDade Park, a crowd of a hundred people gathered to remember September 11, 2001.

"I think of the tragedy of it all, the wastefulness of it all, the lives that were sacrificed for nothing really," said Richard Kane of the Northeastern Detachment Marine Corps League.

Many at Wednesday morning's ceremony were not yet born on September 11, 2001. Others were just young children at the time.

"We show them videos, we talk to them about it. This is real stuff and we also at the same time offer hope in light of that. There's a lot of good people out there and there's a lot of people who are willing to help and save lives and our first responders who died on that day are evidence of that," said Scranton Fire Department Chaplain Dennis D'Augostine, who attended the ceremony with his two young sons.

The ceremony included a reading of victim names, a bell-ringing, a moment of silence and the playing of Taps.

"I think the people in America remember this very, very dearly in their heart and I think it's something that will carry right on through history," said Commandant Joel Sofranko of Northeastern Detachment Marine Corps League.

The final words spoken at the ceremony in Scranton were: "Never forget, never again."

A new victim name will be put on the 9/11 memorial in McDade Park.

He died of cancer early this year.

Officer Schaufler was on the Scranton police force for 16 years. Before that, he volunteered after the September 11 attacks in New York City as a first responder. He battled cancer several times before his death.