SIMPSON, Pa. — We won’t be voting for members of Congress for more than a year, but TV ads for and against Congressman Matt Cartwright are already r... 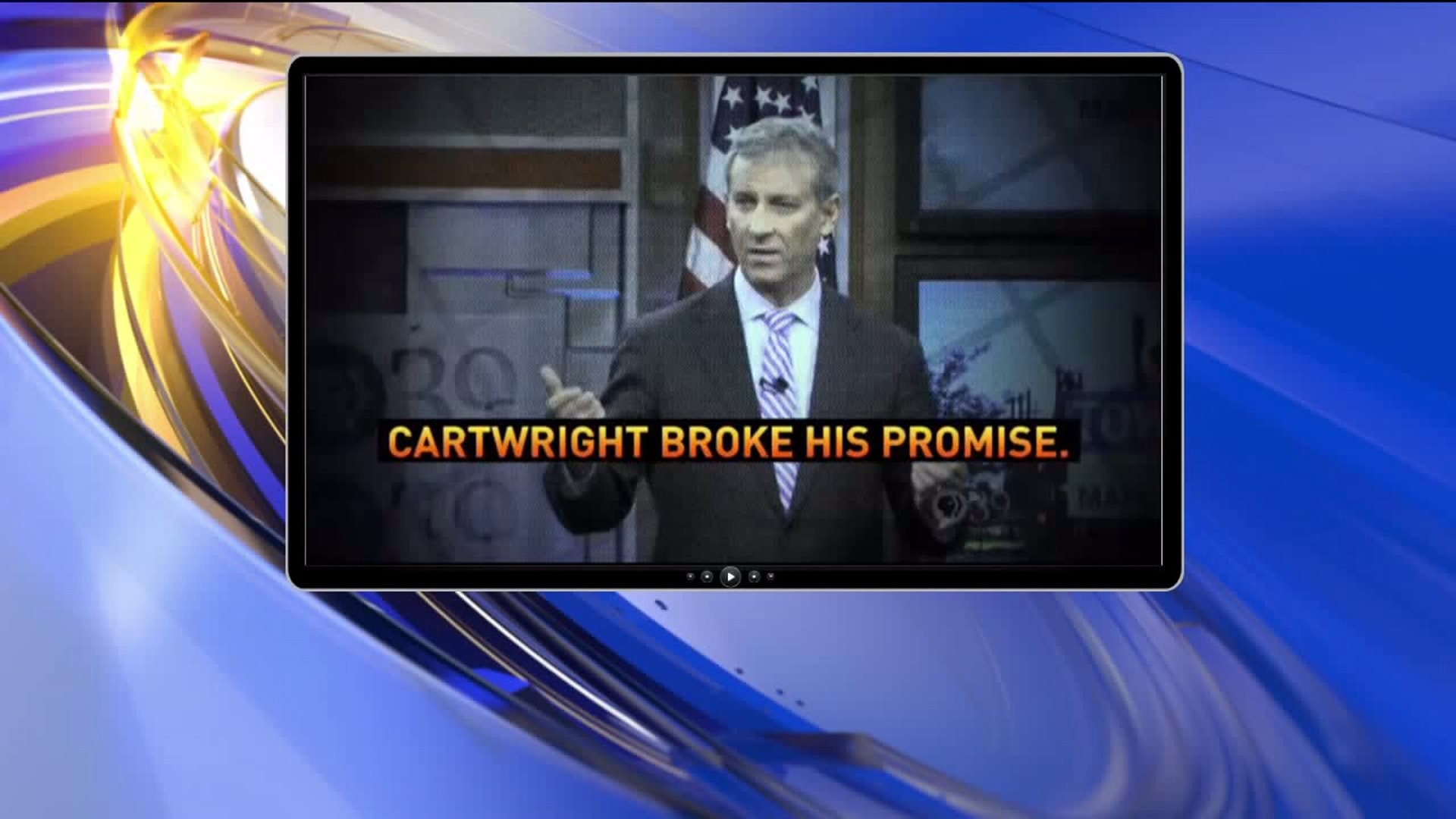 SIMPSON, Pa. -- We won't be voting for members of Congress for more than a year, but TV ads for and against Congressman Matt Cartwright are already running.

Attack ads started shortly after the Democrat from Lackawanna County announced his support for the impeachment inquiry into President Donald Trump two weeks ago.

Even though his support for the impeachment inquiry now has ads running on TV, Rep. Cartwright said he does not want to focus on President Trump any more than he has to. He told his constituents, "forget about Trump, what do you want me to work on to help out northeastern Pennsylvania?"

Newswatch 16 spoke with Cartwright at an event held in Simpson on Wednesday called "Coffee with your Congressman." He specified that he did not come out in support of impeachment.

"I came out in support of an inquiry to get to the bottom of it. Remember, impeachment means an indictment, and I'm not there yet. I want to wait until all these hearings are over," said Rep. Matt Cartwright, (D) 8th District.

Some Republicans see the impeachment inquiry as a way to undo the 2016 election, a point that rings especially true for many in Cartwright's district, which Trump carried by about 10 percentage points.

"That's a fair criticism, and I've been one of the loudest voices in the Democratic caucus urging restraint. Because that's what it looks like, I mean, it looks like you're just impeaching the guy because you don't like him, and that's never been a criterion for impeachment. It has to be about lawbreaking," said Rep. Cartwright.

Although the topic of impeachment is dominating the national conversation, it was just one talking point out of a host of other issues for voters here - issues that hit a lot closer to home.

"We think our most educated, brightest, young people are leaving, and unfortunately they're not coming back," said one voter.

"We need that health care coverage. We need those doctors to stay here, and to help us," said Robert Karoscik of Dickson City.

The 8th District covers much of northeastern Pennsylvania and it is being targeted by both Republicans and Democrats as a spot to win a congressional seat next year, and we can see with the ads on TV, that battle has begun.