SCRANTON — Flipping through the Scranton Times-Tribune, your eyes may fall on a message from the Immaculate Heart of Mary sisters based in Scranton of, &#... 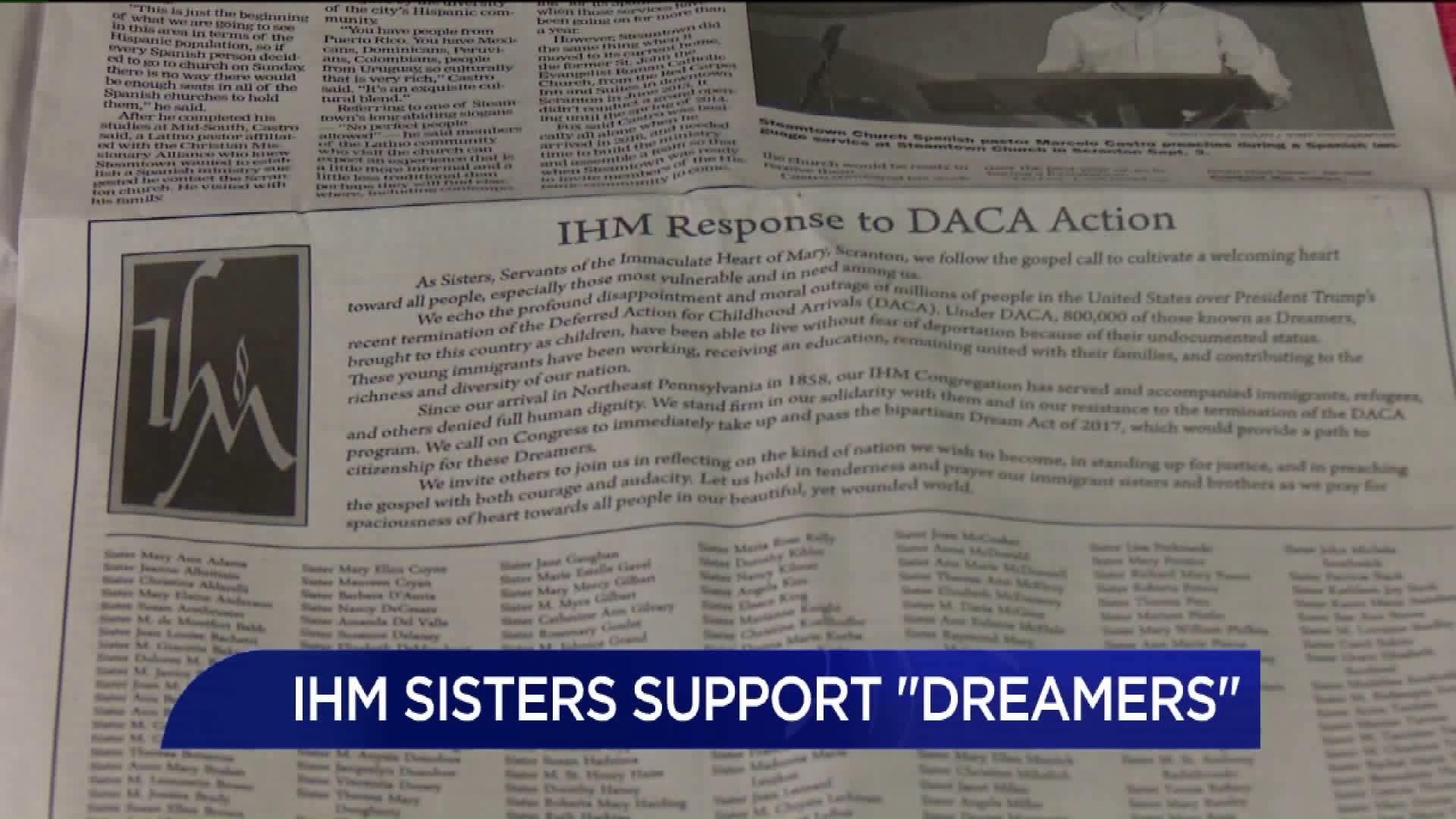 SCRANTON -- Flipping through the Scranton Times-Tribune, your eyes may fall on a message from the Immaculate Heart of Mary sisters based in Scranton of, "disappointment and moral outrage" against President Trump's decision to terminate DACA, or Deferred Action for Childhood Arrivals.

Under that, the ad lists the names of the more than 300 sisters who support DACA. Sister Margret Gannon is one of the names listed in the paper.

“Why are we doing this now? Because all through our years, we have continued to be concerned and responsible for the wellbeing of refugee people and immigrant people,” said Sister Margaret Gannon, IHM.

Sister Margaret says the ad took two weeks to put together. She heard the concerns of immigrants two weeks ago when the Trump administration ended DACA and made it Congress's responsibility to save the "dreamers."

“Their parents brought them because they didn’t want to be separated from their children. That sounds like a good idea, doesn’t it? That children and their parents should be together, so we believe that it is the only right thing to do,” Gannon.

Gannon and the other sisters weren't the only ones with strong feelings about DACA. The bishop of the Diocese of Scranton blasted the DACA move too. Newswatch 16 spoke with members of St. Peter's Cathedral after Mass.

“I know it's controversial but I certainly respect people that want to voice their opinion, and it's a public forum, so I am all for it,” said Gary Beccaloni of Old Forge.

“These are children that are here in this country for many years now. They are educating, they are working, they are contributing and I think this ad in the paper by the IHM nuns is really amazing,” said Jack Woodbridge of Scranton.

The sisters of IHM want Congress to pass a bill that would prove a path to citizenship for the Dreamers.