SCRANTON — A neighborhood in Scranton is blanketed in ice and several families are out of their homes following a water main break in Scranton’s Gre... 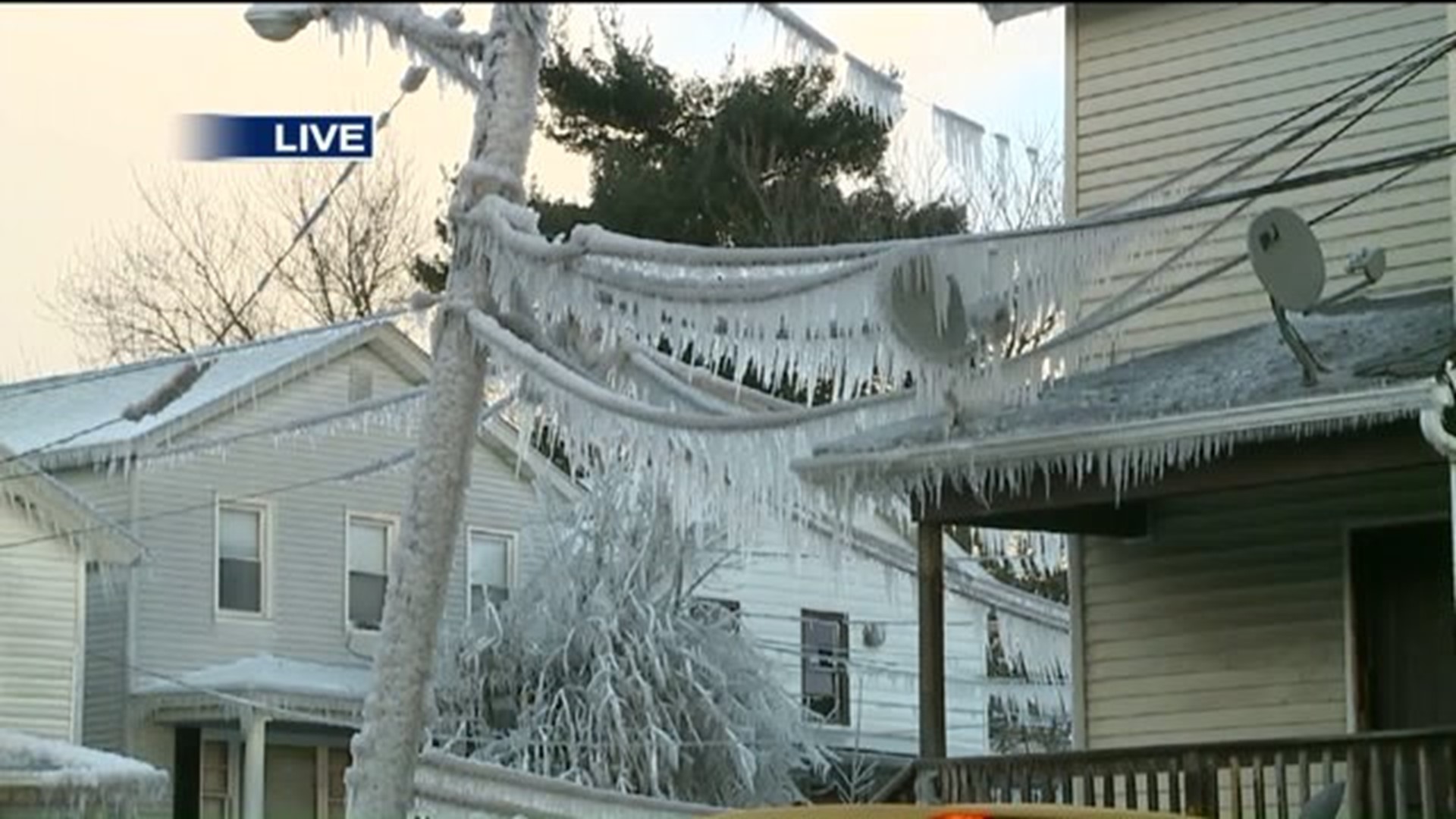 SCRANTON -- A neighborhood in Scranton is blanketed in ice and several families are out of their homes following a water main break in Scranton's Green Ridge section Thursday.

About 30 homes and businesses were without water throughout the day. What caused so much trouble was all the ice. Because of it, several families along East Market Street aren't able to stay in their homes tonight.

When the 12-inch main off East Market Street in Scranton started spraying into the air around 2 a.m. Thursday, the conditions were just right to cover this part of Green Ridge in thick coats of ice.

"I looked out the front window and it looked as if there was like a frozen wave of water, and it was literally frozen solid," Nicole Tassie recalled.

From a Red Cross shelter in the city, Tassie showed us pictures she snapped from her apartment. The icy water flooded the street in front of her building.

"Everything was blanketed in water and it was actually like icebergs coming down the road," said Robert Tassie. "It was amazing. It really was."

Eventually, it all turned to ice. Every furnace in the apartment building the Tassie's share with five other families was damaged.

Pennsylvania American Water called in contractors to fix the damage while crews got to work on fixing the broken main.

"Because we were shutting down valves and because of the amount of water in the area, we couldn't reach all of the valves that we wanted to. Once the water receded, we were able to really isolate the break a little better so now we're down to about 30 customers," said Pennsylvania American Water official Susan Turcmanovich.

Pennsylvania American Water says a valve burst. Once it was replaced, the utility company shifted its efforts to helping those displaced from all that damage more than a dozen people did not have a place to go.

"Basically here, we're just waiting to find out what's going to come next. Not knowing what's coming next is my biggest concern because how long are we going to be here? Are they going to find a place for us? Are we going back home?" Robert Tassie wondered.

Repairs to the water main were completed Thursday afternoon.

Pennsylvania American Water officials say they don't know how that valve burst, but the water mains in this area are relatively new, about 10 years old.

Another unknown: who will pay for all the damage? Pennsylvania American Water says its insurance company is looking into it.